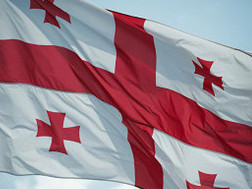 The Ministry of Foreign Affairs of Georgia has issued a warning to the visitors of the Sochi Winter Olympics that entering the country’s breakaway region of Abkhazia from the territory of Russian Federation would constitute violation of international law and the individuals going through the boundaries, uncontrolled by Georgian customs and border control, would be subject to prosecution by the Georgian justice system.

The statement was a response to the earlier statement by the de-facto authorities in Sukhumi, Abkhazia that the breakaway region simplified its visa rules for international tourists seeking to enter Abkhazia during the Sochi Winter Olympics via the Psou border crossing point at the Psou village on the border with Russia.

In the statement by the Georgian Foreign Ministry, the Georgian government accused the parties involved of “provocative action against Georgia’s sovereignty and territorial integrity” in an attempt to mislead the foreign citizens. Individuals crossing the international border into largely unrecognized Abkhazia via Russian territory would be subject to criminal proceedings with sentences ranging from two to four years in a Georgian prison or a financial fine to be determined by Georgian court.

The document also called on the governments of countries to warn and inform their citizens on illegal entry into Georgia’s occupied territories. Abkhazia and South Ossetia, both breakaway regions of Georgia, are unrecognized by other UN members, except for five countries. Russia which fought a brief war with Georgia in August 2008, formally recognized both breakaway regions on August 26, 2008. Nicaragua followed the suit on September 5, 2008. Venezuela, Nauru and Tuvalu joined Russia in recognizing Abkhazia and South Ossetia in 2009 and 2011. Vanuatu recognized Abkhazia on May 23, 2011 but retracted the recognition on May 20, 2013. All of these states have close ties to Russia and may have been persuaded by Moscow to act in support of Kremlin’s moves.

To amplify the effect of the Abkhazian statement against Georgia, the Russian government reportedly invited the leaders of separatist entities to attend the Sochi Olympics. Both Alexander Ankvab and Leonid Tibilov were sighted in the Fisht Stadium during the opening ceremony of the Olympics in seats, not far from the Azerbaijani President Ilham Aliyev and other foreign dignitaries attending the opening ceremony. 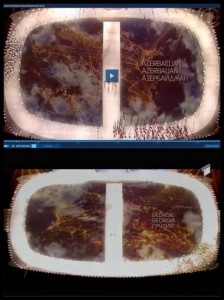 The effect of Moscow’s message can be twofold. First, the heads of these separatist entities are honored on par with other foreign dignitaries which can be interpreted as a testament for Tbilisi and the rest of the world that Russia is committed to its proxies in Caucasus region.

Second, although Russia does not recognize the Nagorno-Karabakh authorities in the breakaway Armenian-controlled region of Azerbaijan and its leader could not be seen among the dignitaries, seating leaders of Georgia’s breakaway regions close to the Azerbaijani president can be interpreted as a bitter warning that Russia can do the same vis-a-vis Azerbaijan, if necessary.

This assumption is corroborated by another message the organizers of the Winter Olympics sent by “clouding” Georgia’s Abkhazia and South Ossetia, and Azerbaijan’s Nagorno-Karabakh regions on the satellite maps displayed for each contestant country during the opening ceremony.

The Sochi Winter Olympics which Russia has invested an estimated $60 billion for, is a source of pride for the Russian government and a venue to convey political messages.

White House issues a warning to the government of Uganda