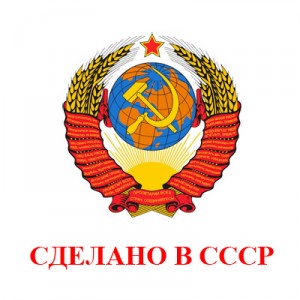 By Justin Farrell and Bohdan Holub

Even as the leaders of the G-7 debate on how to carefully handle Vladimir Putin’s egocentric moves against Ukraine, the actions on the ground in Crimea remind us the long-practiced policies of Moscow vis-a-vis its satellite states and constituent republics of USSR in the 20th century.

These policies have no significant differences when applied to various target states, as if they are adopted off of the carefully written manual. In other words, when handling crises like one we are witnessing in Ukraine, the Kremlin does not even reconsider alternative policies in regards to the countries of interest and does not adjust its policies to the changing dynamics in international affairs. Instead, the Russian leadership continues to apply the same measures it did decades ago.

I will not go too far back into the making of the Warsaw Pact, but will tell of a few resembling policies of Kremlin in the last two decades it had put together against its former colonies.

What becomes evident from observing how Moscow handles the crises is that it always leaves itself open with supplementary actions which may or may not be taken depending on the actions of the target state. In other words, it does not completely destroy the ‘enemy’, but rather leave it with a few alternatives. This strategy forces the target to agree to the status-quo or a ‘partial loss’ rather than a total defeat. And in many cases, it works since the states that have been partially defeated, will always opt to keep what they can still retain rather than just counter the enemy, which can then take all of it away.

For instance, when Kremlin-backed separatists occupied sizable chunks of the Georgian territories in its provinces of Abkhazia and South Ossetia in the mid 1990’s, Georgia was left with a difficult choice of either choosing the Russian peacekeeping troops on its soil and losing the regions for good. In an exchange for not recognizing these virtually Russian-occupied territories, Georgia would have to keep it cool and refrain from an overly pro-Western ambitions. Once a pro-Western president Mikheil Saakashvili took up the position to lead Tbilisi towards the West, Moscow made sure the breakaway regions of Georgia would be lost forever. Then came the 5-day August war, when Russian forces invaded and reached the outskirts of Tbilisi despite the international outrage and immediately recognized Abkhazia and South Ossetia as independent states. It is true that with these regions lost, Georgia would have nothing more to lose and would be inclined to join NATO and the EU. However, to make sure that this never happens or happens with considerable losses for the Georgians, Kremlin has expressed its possession of additional cards it could still play against Georgia. These cards are Georgia’s other regions with religious and ethnic minorities ready to ignite a conflict. For example, Armenians (closest and most reliable ally of Russia in the region) in the Georgian region of Javakheti serve the purpose and can be employed for the task when needed. Same goes for the Ajarians who once reminded of themselves until President Saakashvili negotiated a deal to keep them calm.

Same script is written for another pro-Western country in the Caucasus region, Azerbaijan. Russia provides political and military support to Armenia and indirectly, to Armenia-backed separatists in Nagorno-Karabakh who have been occupying one fifth of Azeri territory since the early 1990’s. Russia opposes Baku’s Western aspirations and is jealous of the U.S. and EU-supported energy projects. It is also wary of the security ties between the United States, Israel and Azerbaijan. Azeris, fearing the repetition of the August 2008 war on the territory of their country, conduct a more or less balanced policy towards Moscow. However, if anything ever happens and Putin is irritated by the Azeri leadership, it is unlikely that he will send his tanks as it would cause an international outcry and awaken the sentiments of the 25-million Azeri minority of Iran. Instead, the KGB-trained president will deploy his fifth column in Azerbaijan. These are the old foes of Azerbaijan, the Armenians and ethnic minorities in the north (the Lezgis) and south (the Talysh) of the country. Should these two be employed to instigate interethnic conflicts within Azerbaijan, the country would be risking a collapse, as it did in early 1990’s. These are the bargaining chips Putin holds against Baku.

Hundreds of miles to the northwest, another project from manual has been applied to the Republic of Moldova ever since its independence in 1991. Just like the other countries with Moscow-sponsored separatism, Moldova’s Transdniestr region was taken away from the control of the central government in Chisinau and subsidized by the Russian government. Although it is not formally recognized by the Russian government, the Transdniestr region remains detached from the country and hosts Russian troops at the doorsteps of NATO. The Moldovan government along with the Georgian government initialed the Association Agreement with EU and pledged to join the Eastern Partnership program this May. But, will Moscow allow Chisinau to finalize its commitment? The signs of Russian intervention are already being observed as we speak. With the Ukraine in crisis next door, Moscow has started employing the Gagauz (Turkic) minority in Moldova to preempt the West from any overtures in Moldova. The Gagauz ring the alarms of separatism for Moldova which certainly wants to avoid another breakaway territory within its borders.

This is not to say that the minority groups in Georgia, Azerbaijan and Moldova are against their governments. On contrary, the overwhelming majority within these minority groups are always for inviolability of international borders and non-disturbance of their daily lives. But it is always easy to find a small groups of people and fund them to instigate interethnic and intercommunal warfare based on ethnic or religious grounds. And it’s no secret that Moscow has always excelled in this maneuvering.

So, these are the key instruments of Kremlin’s tough policies against the ‘insubordinate’ mini-states that, in Moscow’s view, want to become a part of the West, and subsequently turn into the launching pads for NATO’s artillery in industrial Russia’s proximity. This is why Russia’s reaction is so aggressive and intolerant that its leadership does not seek to invent new policies, reasons or tactics to address new geopolitical issues. On contrary, the same page from the Soviet Union’s manual is used over and over, in an explicit manner. That’s why, despite the outcries of the West, Russia’s propaganda machine maintains that the Russian minority in Crimea is being suppressed; that thousands of Russian troops in modern uniforms with modern arms, but with no insignia are somehow the “self-defense forces” which appeared out of the blue; and that the ousted President Yanukovych voluntarily signed a document requesting President Putin to send troops to Crimea.

Russian detachments on the ground in Crimea continue to seize government and military facilities on the eve of the upcoming referendum for secession. With no reaction from the United States and the ever dependent EU, Russia has the upper hand. Will the tables turn before the annexation of Crimea is legalized after the referendum results?

Justin Farrell is the Editor of Foreign Policy News; Bohdan Holub is an independent political commentator