The Treasury Department is entertaining the idea of issuing ultralong-term debt instruments with a possible maturity of 100 years. The real gamble is whether investors will buy such an instrument and what are the risks they would face in owning these bonds.

The Treasury Department under President Trump is seriously considering issuing bonds with maturities of 50 to 100 years as a way to keep the federal government operating. Treasury Secretary Steven Mnuchin has been studying the various ins and outs of issuing such bonds, known as ultralong Treasuries, and whether there is a market for these instruments. The real concern is how they could affect the national debt, the interest expense the Federal government would be facing, and how receptive investors would be.

The key reason that the Trump Administration is deeply interested in issuing ultralong Treasury instruments is the increase of the National Debt. As of November 1st, 2019, the National Debt exceeded $23 trillion marking the first time in U.S. history that it reached this milestone. Of this $23 trillion in debt by the federal government, $17 trillion is held by the general public such as private American citizens, pension funds, commercial banks, mutual funds, insurance companies, and foreign countries such as China, Japan, and South Korea. The remaining $6 trillion is held by loans within the federal government such as Social Security.

The Trump Administration has held the nation’s debt ceiling hostage at times by shutting down the Federal Government, but this only puts off the inevitable as far as the increase in the National Debt. The Federal Budget deficit went up 26 percent from 2018’s shortfall of $779 billion. In order to pay for the increasing Federal Budget deficit, the Federal Government must continue to borrow at astronomical amounts, not seen since the height of World War II. And since Treasury debt instruments carry the safety and security of repayment at literally no risk, the Federal Government can continue to borrow huge sums of money without any hinderances. But the problem is trying the entice investors to purchase more U.S. debt even as the National Debt reaches new levels. 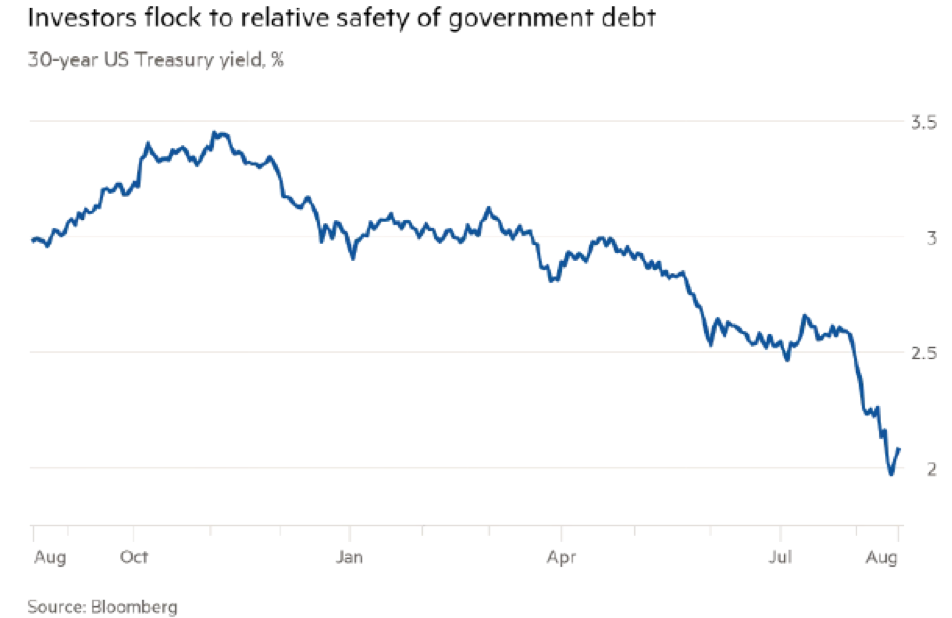 Use of ultralong debt

Ultralong debt can best be defined as debt that has a maturity of 50 to 100 years. Ultralong debt can work for the borrower as a way to entice lenders to invest in a very long-term debt instrument that can be handed down from one generation to another. Currently, the longest-term debt instrument that the U.S. government issues is 30-year Treasury bonds which are regarded as very conservative due to the perceived safety by investors of principal and interest. The Federal Government has never defaulted on any of its debt and does not recall or make early payments on its loans.

The Treasury Department has expressed interest in issuing ultralong bonds starting in 2017 despite concerns by the Treasury Borrowing Advisory Committee (TBAC) which represents large bond-trading firms. The TBAC stated its uncertainty of demand by institutional investors such as pensions or commercial banks and the relatively high issuance costs for these bonds. But the Treasury is attempting to finance the National Debt with very low interest rates and lock in these rates for 50 to 100 years. The Treasury Department would not need to conduct new auctions on new debt issues and therefore not roll over the debt for a long time.

There are other key reasons for issuing ultralong debt:

Useful for Pensions: Ultralong debt could be very useful for pensions as pensioners are living longer. Pensions need to invest in assets that will last many years and have a high degree of certainty in their cash flow or in this case, the interest generated by ultralong Treasury bonds. Pensions are finding that pensioners are living longer than anticipated and more money must be paid to them than planned. In order to match pension plan assets with pension plan liabilities, ultralong bonds could be that instrument that solves the problem.

Private investors: Private investors could use ultralong long bonds as a method to pass their wealth from one generation to the next. Private investors would be able to have the peace of mind of reliable cash flow for years to come and the safety of the principal being passed on to future generations. The demand would not just be by investors in the United States but globally.

Currently in use: Ultralong bonds are currently being used by corporations and governments. In 2016, Norfolk Southernissued bonds maturing in 2105 while in the same year Goldman Sachs sold a 50-year bond issue. The Tennessee Valley Authority (TVA), a federally owned government body has a bond maturing in 2060.  In August 2019, the University of Pennsylvania issued a bond maturing in 2119 with a 3.61 percent yield while 30-year Treasury bonds were only at 2.5 percent. Among the nations issuing ultralong bonds are Austria, Japan, Mexico ($1 billion with a 100-year bond offering denominated in dollars, pounds, and euros), Canada, Belgium, Ireland (€100 million 100-year bonds), Italy, Spain, and the United Kingdom. As interest rates continue to go down, more nations are tempted to issue ultralong bonds at cheaper rates and save money in the long and short term. 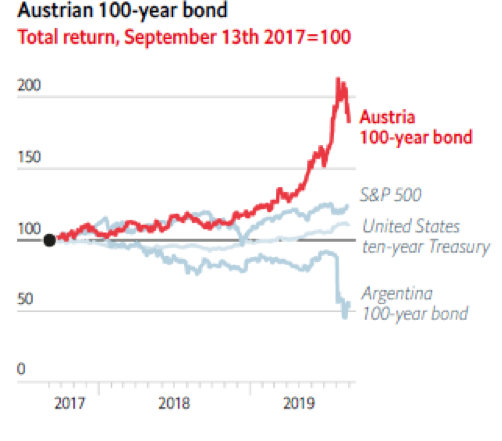 To impeach or not to impeach: What does it all mean?