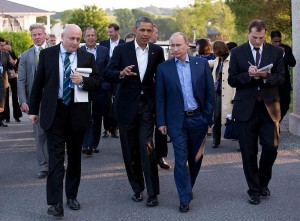 President Obama spoke this afternoon with President Putin of Russia. President Obama emphasized that the Crimean “referendum,” which violates the Ukrainian constitution and occurred under duress of Russian military intervention, would never be recognized by the United States and the international community.  He emphasized that Russia’s actions were in violation of Ukraine’s sovereignty and territorial integrity and that, in coordination with our European partners, we are prepared to impose additional costs on Russia for its actions.  President Obama underscored that there remains a clear path for resolving this crisis diplomatically, in a way that addresses the interests of both Russia and the people of Ukraine.  He noted that the Ukrainian government continues to take concrete steps that would allow for the de-escalation of the crisis, particularly as it prepares for elections this Spring and undertakes constitutional reform, and he asked that Russia support the immediate deployment of international monitors to help prevent acts of violence by any groups.  President Obama reiterated that a diplomatic resolution cannot be achieved while Russian military forces continue their incursions into Ukrainian territory and that the large-scale Russian military exercises on Ukraine’s borders only exacerbate the tension.  President Obama said that Secretary Kerry continues to be prepared to work together with Foreign Minister Lavrov and the Ukrainian government to find a diplomatic resolution to the crisis.

Statement by the White House Press Secretary on Ukraine 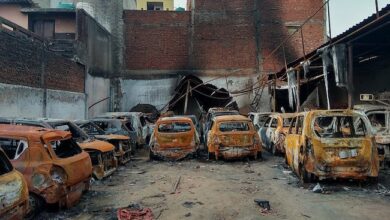