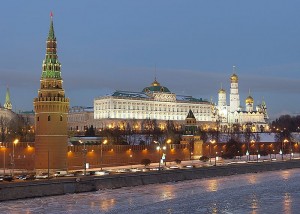 Russia said Friday that it was prepared to continue negotiations with Ukraine over gas supplies next week once it receives partial debt payment from Ukraine.

Representatives from the European Union (EU), Russia and Ukraine met here on Friday for a new round of trilateral talks in a bid to settle the ongoing gas dispute between Russia and Ukraine, days before a deadline set by Russia to cut the flow of gas if Ukraine does not pay unpaid bills.

At a press conference following the meeting, Ukrainian Energy Minister Yuri Prodan confirmed that his country had made an initial payment of 786 million U.S. dollars, which would arrive in Russia on Monday at the earliest.

His Russian counterpart Alexander Novak said Russia had received notification of the payment, adding that talks with Ukraine over a price for future deliveries would continue on Monday in Brussels once the payment is confirmed.

Novak noted that Russia would consider cutting gas supplies on Tuesday if it does not receive the money.

EU Energy Commissioner Guenther Oettinger said progress had been made in settling the gas dispute between the two countries.

As of the gas price, he said a price between 350 dollars and 390 dollars per 1,000 cubic meters was reasonable.

Ukraine is said to owe some 5.2 billion dollars in total to Russian energy giant Gazprom for gas shipments. Russia has threatened to cut supplies to Ukraine if it does not pays off its bill, and demanded payment in advance for deliveries in June.

The dispute over the gas bill has been hanging fire for months and has also seen the EU intervene to mediate.

On Monday, the EU, Russia and Ukraine held talks in Berlin to resolve the gas dispute, reporting progress toward a deal that would have Ukraine pay back about 2.5 billion dollars of its debt.