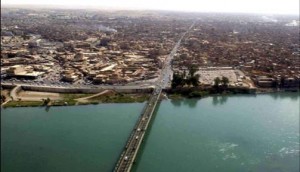 Militants kidnapped 49 personnel when seizing the Turkish consulate general in northern Iraqi city of Mosul, capital of Nineveh province, according to a Turkish official statement released on Wednesday.

The statement said a group of armed attackers of the Islamic State in Iraq and Levant (ISIL) took control of the consulate, and kidnapped 49 staff and family members, including the consul general, the Turkish foreign ministry said in its statement.

The ministry also said Ankara has been mobilizing all of its means to ensure the safe return of the kidnapped.

Meanwhile, 31 Turkish nationals were taken hostage by the same militant group in a power plant in the Gyarah region of Mosul, said the statement, adding that rescue efforts are currently underway.

Turkey strongly condemned the kidnapping of its diplomatic mission and citizens, said the statement, adding that it demands the immediate release of its consular staff and citizens.

The ISIL, commonly known as al-Qaida in Iraq, seized Mosul, Iraq’s second largest city, and Tikrit, another provincial capital, respectively on Tuesday and Wednesday in its renewed clashes with government forces.

The continued bloody clashes between the insurgents and government security forces has shown that the country’s security situation is further worsening.

Nineveh is a Sunni-majority province and its capital Mosul has long been a stronghold for insurgent groups since the U.S.-led invasion of Iraq in 2003.