The word ‘listening’ has many meanings and the context in which it is done will often determine the level of concentration that is required for one to be considered to be listening.

Many people work while listening to music playing in the background. People often talk in small groups where there is little real listening by anyone as people compete for the opportunity to talk. A compulsive talker will ‘listen’ only as long as it takes for their fear to trigger the urge to talk themselves, ostensibly in response to what has just been said. And an audience might listen to a lecture, play, concert or film with considerable attention, partly because they know there is no opportunity for them to talk and because, to a greater or lesser extent, they are being entertained.

These are all forms of listening but I want to talk about listening as an art – what I call ‘nisteling’ – and why and when this should be used.

When someone speaks, apart from uttering words, they also convey feelings (which might be very subtle and even hidden in their body language). Therefore, any communication consists of intellectual and emotional content and both of these elements need to be heard if you wish to fully understand what a speaker is trying to convey. Given that human beings are taught to focus on the intellectual content of any communication and, consequently, learn to fear its emotional content, it is not surprising that few people are naturally good listeners and that few people have benefited from the effort made in recent decades to teach people more about how to listen through, for example, workshops that teach ‘reflective listening’.

In fact, most of us learn to unconsciously screen out the emotional content of the communications of other people. Why? Because listening to the feelings of another person is likely to ‘trigger’ feelings in the listener, and that can be frightening. For example, if someone is angry with you, do you find it easy to calmly listen to their anger and then reflect, for example, ‘You sound very angry that I did not listen to you’ and, if necessary, to then listen more while they tell you just how angry they are with you? Most people ‘listening’ in this and many other circumstances are immediately frightened into a defensive reaction which exacerbates the speaker’s sense of being unheard and their anger in response to this. And the ‘listener’ is now scared and needs listening about their own fear as well. So the competition to ‘get the listening’, usually manifesting in what is popularly called an ‘argument’, quickly spirals down into ‘no-one is listening’.

So what is ‘nisteling’? Nisteling requires me, as the listener, to pay deliberate, focused attention to the person who is speaking so that I can hear what is spoken and also identity and interpret what is ‘underneath’ the spoken words. This will often be a feeling that I can detect accompanying the words but it might also be some body language, such as an eye movement or subtle gesture, that I notice. If I am paying attention that is careful enough, I will be able to comprehend the emotional meaning of the hidden message: it might be sadness, fear, anger, pain, happiness or any number of other feelings and it is this or these feelings, more than the words, that the person actually needs to be heard, even if they do not know this themselves.

To reiterate: If you cannot nistel to someone’s feelings – explicitly expressed or as a subtle underlay to their words – then you cannot understand all of what they are trying to communicate. And, in order to nistel well, it is necessary to be unafraid of any of your own feelings that might be raised by their communication.

If you are nisteling, you will also have no trouble using the context to identify the appropriate response. If a child (or adult) is crying, the powerful response is to let them cry (while feeling your own feelings, if any, triggered by their crying) and to reflect ‘You sound sad’ which, hopefully, will get them crying more deeply. Ignoring, comforting, reassuring, distracting, laughing at, ridiculing, screaming at, hitting, restraining or punishing a crying child is a fearful response that interrupts evolution’s healing mechanism – emotional expression – which, in this case, is designed to allow full recovery from some trauma (small or large).

Similarly, nisteling means letting someone be scared or happy or angry or anxious or frustrated or however they feel. Importantly, nisteling also requires us to let them act in accordance with these feelings (which doesn’t mean that you cannot defend yourself if their behaviour adversely impacts on you although, it is worth emphasising, nisteling is your most powerful first option in self-defense). Evolution intended our feelings to be centrally involved in determining our behaviour and it is violent to prevent someone acting in accordance with their own Self-will. Moreover, chronically interfering with a child’s Self-willed behaviour will guarantee that the child becomes increasingly dysfunctional: Evolution did not intend a human being to be obedient (although adults who have been terrorised into surrendering their own Self-will often seek unconscious ‘compensatory’ control of others).

I am well aware that what I am suggesting here runs counter to most of what you have ever experienced and that it raises any number of complications. There are, obviously, many mundane reasons for not nisteling to a child. How many parents are able to nistel to a child say that it doesn’t want to go to school? Nisteling to this might be quite inconvenient for the parent. And frightening if it becomes the norm. For most parents, it is easier to ignore the child and to fall back on violence: force the child to attend school.

So why am I suggesting that we nistel, which includes letting children act in accord with their own Self-will? Because I believe that this is the essential foundation step in any strategy to end human violence (in all of its manifestations). For a thorough explanation and elaboration of this point, see ‘Why Violence?’ and ‘Fearless Psychology and Fearful Psychology: Principles and Practice’

As you have probably realised by now, nisteling requires a powerful individual: someone capable of taking responsibility for feeling their own feelings and trusting others (including children) to feel and act on theirs as well. I know that we cannot all do it yet. But each person who makes the commitment to work in this direction functionally undermines the violence in our world by helping to create powerfully Self-aware individuals who are able to act in accord with their own Self-will and let others do the same. And this is the only basis for creating a truly nonviolent society because powerful individuals have no trouble negotiating ways to cooperate.

If you are interested in helping to create this society, you are also welcome to consider signing online ‘The People’s Charter to Create a Nonviolent World’.

Robert J. Burrowes has a lifetime commitment to understanding and ending human violence. He has done extensive research since 1966 in an effort to understand why human beings are violent and has been a nonviolent activist since 1981. He is the author of ‘Why Violence?’ His email address is flametree@riseup.net

From WWI to www. – Putin to the right place 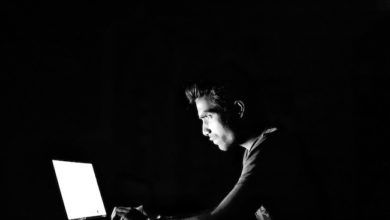