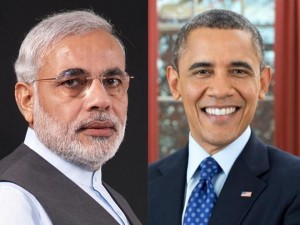 September was an eventful month for Mr Modi since he met the leaders of the three countries that are most important to India’s current security and economic calculations – China, the US, and Japan. The anticipation and results of all three meetings were the same: all three visits were hyped in the Indian media; and all three led to less than hoped for results. Thus Japan agreed to invest US$33 billion but the nuclear deal and the arms sales deal did not go through – and in this day and age when Goldman Sachs pays bigger fines to the US Justice Department, US$6 billion a year in Japanese aid is not a big deal. Before Xi Jinping’s visit the Chinese counsel in Mumbai had spoken about the Chinese possibly investing US$100 billion in India but only a third of that amount was committed to by the Chinese president. And the Modi-Obama visit saw the usual discussions of strategic partnerships, democratic values, market opportunities, and now climate change and energy but ended with little in terms of economic results or a common grand strategic vision.

The last Indian prime ministers who had vision and were statesmen were Narasimha Rao and Atal Behari Vajpayee because they brought about structural changes in India’s foreign, security, and economic policies. Rao pulled India out of the abyss of socialism while not throwing the baby out with the bath water (even today it is India’s state-run organisations like ISRO, RBI, and IIT that give India a serious global presence). Vajpayee conducted the second round of nuclear tests and laid the groundwork for an opening to the US. Mr Modi needs to take a seminal step now to put India on the centre stage of world politics and the way to do it is to understand the economic and military-strategic concerns of the big three countries. Before addressing what the big three want one has to point out the perceived constraint on Indian foreign and economic policy. As Sisir Gupta wrote in the 1960s, India’s foreign policy style was to engage in a commentary on international issues and to provide an alternative to the world views of the US and the Soviet Union. Enlightened commentary made sense when India was a poor country with few friends but now India – despite having the largest number of poor people in the world – is not a poor country but an influential one.

In this context the diffident foreign policy of South Block, which continues to use terms like “principled opposition” or “principled stand,” does little to impress other nations in the world. Nor do so-called strategic partnerships that amount to little more than extended conversations on security (given how many strategic partnerships India has you have to feel sorry for the countries that do not have such a partnership with New Delhi). India, therefore, is seen as the country that talks a lot but when it comes to actually delivering its policy lacks substance. Similarly, in the military context, the Indian government keeps proclaiming how it has bought US$10 billion worth of arms from the US and this makes it a valuable arms market. To put this in context, in 2010, Saudi Arabia bought US$60 billion worth of weapons from the US after negotiating for just a few months. In contrast, India’s arms procurement process moves at a glacial pace. British aerospace officials joke that 2003 marked 100 years of flight and it took one-fifth of that time to sell the Hawk to India. The billion-dollar sale of 12 C-130J aircraft to India took four years and is described by weary observers of the Indian arms market as a “quick sale.”

In the case of the general economy, the Modi government has to date made incremental changes to economic policy that impress few foreign investors. Thus while the Indian Prime Minister met American CEOs and promised reforms, money will not move to India until corporations believe that India is actually serious about structural reforms. Given the continued disillusionment with India in the realms of foreign policy, economics, and the military, what then do major nations, particularly the US, want from India?

India does not have the same sort of emotional and historical ties that Britain and Israel have with the US. Benjamin Netanyahu’s speech to the UN was broadcast live on American television while Mr Modi’s was not. And while Mr Modi got 20,000 Indian Americans to show up in Madison Square Garden and wildly cheer him, the rest of America did not take notice. On the other hand, when William and Kate Middleton come to the US they are treated by the American public as rock stars and some Americans refer to Britain as the mother country. In this situation what India has to do is play to the one card that will attract the American corporations and earn the respect of the American government – rapidly open the Indian market and secure investments from the West.

Such investments have a security dimension because as they increase in size they will grant India greater foreign policy autonomy and work to further isolate Pakistan. As I have argued elsewhere, that may be the only way that New Delhi can put pressure on Islamabad. For as more nations get connected to an Indian economy they will be more willing to accept the Indian view on the security situation in South Asia.

Further, the Modi government can rapidly open up parts of the economy where the US can readily and easily invest. These include tourism, aviation, higher education, alternative energy, and healthcare. Mr Modi does not need a national consensus or the support of parliament to open up these sectors and such reforms would make the US a major player in the Indian market and, therefore, a major stakeholder in a stable and secure India. Alternatively, if the Prime Minister’s Office is happy with Bollywood style entertainment at Madison Square Garden and long-winded meetings with Barack Obama, then business as usual is a great policy.

The views expressed in this article are the author’s own and do not necessarily reflect those of the US Air Force or the Department of Defense.

Brazil to have runoff in presidential elections