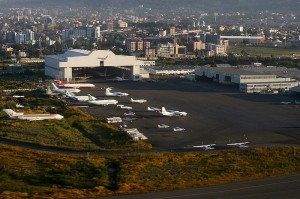 By By Abebech Tamene

Ethiopian President Mulatu Teshome asserted on Monday that his country would continue working to maintain peace in the region and on the African continent.

The pledge came at a massive ceremony held at Addis Ababa Stadium to mark the country’s seventh National Flag Day.

“Ethiopian peacekeepers have won recognition and respect across the world in their contribution to peacekeeping missions in different countries,” Teshome told the gathering.

Peacekeepers from Ethiopia have already participated in peacekeeping missions in Burundi, Somalia, Rwanda, Liberia, Sudan’s Darfur region, South Sudan, and the Ivory Coast, among other countries.

“The country [Ethiopia] will further enhance its participation in peacekeeping efforts,” said Teshome.

Speaking on the occasion of National Flag Day, Teshome said that the present generation is responsible to raise the country’s flag higher and maintain the fight against poverty.

“When we think of the national flag, we notice a big country and its people marching on the right track towards development and joining the list of middle-income nations,” he added.

Parliament Speaker Abadula Gemeda, for his part, praised his country’s efforts to reduce poverty and accelerate development, saying this had helped Ethiopia to “win global recognition and build influential capacity, which has made its flag fly high.”

“The national flag is an expression of the identity of its citizens,” Gemeda said, calling on the public to renew its commitment to the country’s development, peace and stability.

The ceremony drew thousands of Ethiopian citizens, along with members of the police and defense forces, senior government officials, foreign diplomats and other invited guests.

The event concluded with a flag-raising ceremony.

“National Flag Day has been celebrated since 2011 to remember the history of Ethiopian independence and renew a collective vow to peace, diversity and development,” Teteka Bekele, general manager of the Walta Information Center, which organized event, told Anadolu Agency.

The flag’s three traditional colors – green, yellow and red – date back to the era of Emperor Menelik II (1889–1913). They were first used in Ethiopia’s national flag in 1897.

“Ever since, many African countries have adopted the color with some modifications; it is seen as a flag of African unity,” Bekele added.

The green is said to symbolize labor, fertility and development; the yellow hope, justice and equality; and the red sacrifice and heroism.

The emblem’s blue circle is said to signify peace, while the straight and equal lines of the star are meant to symbolize the equality of nations and peoples.

The politics of insecurity in Somalia

The politics of insecurity in Somalia