During the past three weeks we have been living in the United States a wakeup call to reality that heralds Americans might not be quite the people we claim to be; not in the way we treat people within and beyond our borders. Torture and racial discrimination, different issues with similar amoral results, are intermittently resurfacing; creating great distress for the pharisaic promoters of Pax Americana… the self-proclaimed patriots convinced that America, given its predestined godly nature, can do no wrong.

After listening to President Obama for almost six years make apologies for America’s behavior in compromising domestic and international situations, I strongly sense he’s trying to act as Moralist-in-Chief for US society; however, he’s addressing the nation with politically-deceitful correctness instead of doing it with honesty. It’s embarrassing, and truly sickening, to hear him say time and again after each and every misdeed in/by members of our society, “that’s not who we are.”

But you are wrong, Mr. President, that’s who we are: a society of good people, bad people, and highly suggestible, often politically-brainwashed people; little different from a cross-section of the world’s population which, given US’ immigrant makeup, spells our society rather accurately. To see ourselves owning special virtues, exceptionalism or a deep sense of humanity – promoted by politicians’ constant adulation so as to garner votes, is not only ludicrous, but a manifestation of extreme arrogance… and ignorance.

America, little different from other nations, has sanctioned criminality via its elected leadership from time immemorial, no matter how godly we try to paint ourselves. And although our constitution and venerable institutions have given us the foundation for a more humane, tolerant society, our reverence for individualism (versus placing society’s needs first) and predatory capitalism (versus healthy competitive enterprise), have more than offset that humanity advantage. As a result, both intolerance and criminality have permeated our society and, at best, we fair no better than average among the world’s nations (developed or developing) when it comes to crime and violence. We do not appear particularly enlightened in practicing a fair system of social justice, and that is evidenced by the existing lack of trust between law enforcement and many, if not most, black ghetto communities… or the discrimination felt by black males from police.

World statistics on crime continuously place the United States at the tail end in safety to most economically-advanced nations [Numbeo’s 2014-midyear crime index (sample): Japan 15, Germany 29, Spain 34, Canada 37, UK 41, India 45, US 50, Russia 52, Mexico 53, Argentina 60, Brazil 70, South Africa 79, Venezuela 83 – these figures, compiled by Numbeo, offer crime-safety rankings which are in line with those provided by the United Nations in years past].

And, if we in America do not accept crime statistics as the major indicator of how violent we are, our love for firearms – membership in NRA comes to mind, and a clear majority of people, although decreasing, favoring the death penalty, should unmistakably attest to the existence of that violence-gene in our societal-DNA makeup.

Topping the nationwide protests of black vs. blue (police), a Senate report, six years in the making, comes out admitting we have tortured “unfriendlies” courtesy of the CIA, giving sordid, dehumanizing details.

America’s concern, widely being expressed in this week’s corporate media, however, isn’t so much on the crimes (torture) committed but on how people in other nations might view the US and the nation’s possible loss of “moral stature.” A media foolish enough not to acknowledge that what the public is now being told in America is but old news for the rest of the world; that Americans live in a news-vacuum the media has “patriotically” created for them to keep US’ moral virginity intact… as if past military war crimes, wars of choice, and bullying/criminal sanctions were isolated minutiae not worth debate or even discussion.
In a peculiar, auto-suggested way we continue to see ourselves as holders of the world’s moral compass without realizing, much less admitting, that such is not the case; that we are no more virtuous than other people in the world; and that by virtue of our extensive military and economic power, we are more apt to perform misdeeds, and even terrorize others, since we have chosen to be only accountable to ourselves.

Meanwhile at the White House, Mr. Obama continues sermonizing, telling the world how America champions liberty and human rights… while stamping his imprimatur for any collateral innocent killings caused by drones delivered courtesy of the Pentagon or the CIA. And that is hypocrisy at its sublime best, Mr. President. 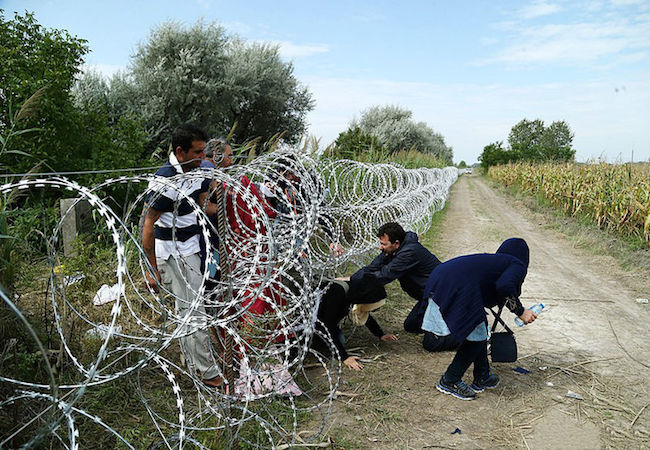