The one-off Copa America Centenario will be played in 10 cities across the United States next summer. On Thursday, U.S. Soccer and CONCACAF, soccer’s regional governing body, announced the final venues winnowed down from the list of two dozen interested markets released in January.

It had, for some time, been unclear whether the Centenario – a special centennial anniversary edition of South America’s storied championship that will also include six national teams from North and Central America and the Caribbean – would still be played. Several key figures involved in organizing the tournament were swept up last May in the Department of Justice’s broad corruption indictment, which had focused particularly on bribes paid by a South American company to land the commercial rights to this tournament.

Only a few weeks ago did U.S. Soccer announce that the whole mess had been untangled – with the company, Datisa, extracted from the various deals – and that the tournament could proceed. The national federation had worked feverishly to ensure that the Copa Centenario could be put on cleanly and transparently, and was eager to do so quickly. Because taking too long would diminish the opportunities to capitalize on the biggest soccer event to be held in the US since the 2003 Women’s World Cup, if not the 1994 World Cup.

Still, because of the various complications, it took until mid-November to announce the host cities for an event that will take place in June, even though the unveiling of the selected markets was originally slated for May.

The chosen venues and markets were fairly predictable, although Washington D.C. is seldom overlooked for major tournaments. All 10 are either among the biggest media markets in the country or in well-established soccer hotbeds.

This also ensures that a large number of people will get the chance to watch Argentina’s Lionel Messi, Brazil’s Neymar, Uruguay’s Luis Suárez and Colombia’s James Rodríguez up close. However, about half of the venues selected currently have some form of artificial grass surfaces, which, unless overlaid with well-managed natural grass, could make playing good soccer harder.

The tournament’s draw hasn’t happened yet. And it isn’t yet clear which games will be hosted by each stadium, or where the final will take place. The Copa America Centenario will run from June 3 through June 26 in 2016.

Is China’s “1992 Consensus” a headache for Taiwan?

Living together in peace 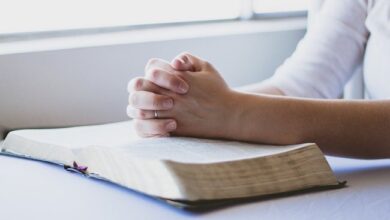