Can the Chinese economic engine really get hit?

It is going a transformational change currently from an investment-driven to a consumption-driven one, but that would still enable its engine to run at a decent speed. But yes, there might still be 3 distinct themes that can severely hit the Chinese engine in the years to come:-

China has been a bank-run economy, unlike the world where capital markets became the larger source of funds. The exposure in China is concentrated to 3-4 large banks, each of which has become so large that it is comparable to the entire banking sector of some nations. The size of the trust industry and shadow banking are significantly large. Pooling these together, its Debt to GDP ratio is estimated to be ~280% as per a Forbes report. At a GDP of US$11tn, it means its Debt is ~US$28-30tn. That is big! It is about half of the entire world’s Debt. But its economy is growing and its government is trying to reduce lending rates; hence servicing such a huge debt should not be a problem. But the problem is that China is already burdened by bad-loans, which many believe is much larger than is being let out. A Reuters report carried the news of China’s banking regulator saying that its non-performing loans (NPL) more than doubled in 2015 vs 2014, and that the total NPL was ~US$300bn. Moreover, overall NPLs have been increasing for 10 consecutive quarters, and commercial bank NPLs have been increasing for 17 consecutive quarters. US$300bn of NPLs means it is ~3% of its economy. But many in the world believe that this number is under-reported, and the actual NPL issue may be much larger if Western standards of calculating NPLs are used.

The problem is not whether the banks will fail. It cannot, since most banks are state-owned and most debt is local government debt, hence the government may bear liability. The question is – how? Where does it get the money? High growth rates due to a manufacturing boom helped China accumulate a foreign exchange surplus of ~US$3tn. This is an investable surplus, which it is using to flex its geo-political muscle by funding bilateral investment projects in countries across Asia and Africa. Even if these were used to capitalize the lenders for their NPL problem, it would eat 10% of its reserves. But this is based on China’s own NPL calculations. If the actual problem is larger or if the coming years accentuate NPLs further, then this would be significantly more than 10%. It would also reduce its investable surplus to fund projects in other countries, forcing those nations look elsewhere. Given that many of its investment projects abroad combine Chinese funding with contracts for Chinese engineering companies, any reduction in funding would impact business flows for the Chinese firms too. Its Budget is also constrained to capitalize the lenders for their NPL problem. Raising monies through higher taxes may also not be opportune right now since job creation for the millions of Chinese youth is a key challenge, as seen by the large crowds thronging job-fairs across Chinese cities. Any reduction is budget allocation to other sectors would hit its economy dear, at a time when it is slowing down. It also cannot fall into a circular chain of debt. Pakistan’s economy highlights the risk of moving into the circular debt conundrum. i.e. of raising fresh debt to repay old debt. So China’s banks and lenders will remain under pressure to capitalize themselves against its bad-loan problem, and the question remains how this money will be raised?

Concrete-concrete everywhere, but not a wheel to turn!

When I was in college, we used to hear a term in context of China – “economies of scale”. Build a scale so large, that it brings down the average cost of production way below your competitors to enable you add market share. That was an admirable approach, which helped China become the manufacturing capital of the world. The issue is – they seem to have overdone it. News reports across media show how many factories across the country are facing the heat of low capacity-utilization. There is only that much the world can consume, and maybe even less so when the world is reeling under a continued economic slump. China’s factories are suffering from lower demand, which in turn impacts their ability to pay for the debt they raised from banks and local governments, bringing us back to the earlier challenge. Many factories across the country have shut shop. Over-capacity also runs into real estate, as there is not enough demand from property-buyers for the real estate units. This has led to ghost-towns scattered across the country, basically projects where takers are yet to be found.

Not only does over-capacity impact the ability to repay loans, it also impacts new job creation and delay of incomes. Job creation in a country of China’s size is a social challenge, and lack of adequate jobs might only fuel social unrest and dissatisfaction amongst the youth, something its leadership cannot afford right now. The solution – create more jobs despite businesses in many factories being down. Easier said than done! It might create more jobs in the military, something which goes along its ambitions to extend its military network across various parts of Asia. But that’s still not a commercial employment, i.e. it does not give a boost to business and commerce in the country directly. The other aspect is that while it is building infrastructure in several countries across Asian countries through bilateral investment projects, even those countries will emerge as producers of some sort in upcoming years. Otherwise, what will the new infrastructure yield in those countries, and how will they repay any loans they would have taken for these projects? Their local population will also expect creation of jobs and production activities, and would then become competitors with China. Intensified competition often means investing into innovations, since the innovative firm is able to garner market share then. But its current over-capacity might reduce its fiscal muscle to invest adequately in innovations.

The hand it doesn’t bite now, might come back to bite it!

Remember the stories of Americans allegedly supporting Mujahedeen fighters to counter the Soviets, or Pakistan allegedly supporting Taliban fighters. The irony is that these very fighters came back to haunt USA and Pakistan after a few years. Where this connects with China is whether it handles the issue of terrorism selectively! China has significant investment interests in Pakistan. That is good, since an economically-progressive Pakistan would help its civilian government become more stable. But several terror networks are based on Pakistani soil. Its military targets Taliban networks who bomb Pakistan but not terrorists who bomb India, like Masood Azhar’s Jaish-e-Mohammed, Hafiz Saeed’s Lashkar-e-Taiba, Hizbul Mujahideen, etc. Countries across the world, and UN in some cases, have branded them as terrorists. But China vetoed an appeal of India against Azhar. Its reply – he did not qualify to be considered a terrorist under UN provisions. Ironically, the group headed by Azhar is declared a terrorist group by USA. Earlier, China blocked India’s demand for action against Zaki-ur-Rehman Lakhvi, the Lashkar-e-Taiba mastermind of the 2008 terror attacks in Mumbai. While China may justify its actions saying it is as per rules and guidelines, it must sound really ironical that the whole world calls these men as terrorists, but not China.

One might imagine its actions may be because the country concerned is Pakistan, which calls China its all-weather friend. Whether this is true is anyone’s guess. But this selective approach in branding terrorists may come back to bite China one day, like it did with USA and Pakistan. China is facing a challenge in its restive Muslim-majority Xinjiang region, which borders Pakistan and Muslim Central Asian states. Its relationship with neighbours is strong enough to ensure terror network are not exported into China. But who is to forecast the changes in regional geo-politics in the future? If these terror modules do spread in the next 20 years, China would face internal security challenges. Pakistan’s case shows how internal security challenges severely impede investment flows. Could America in the 1980s or Pakistan in the 1990s have thought the same miscreants would come back to bite them after 20 years? While China may say its actions with regards to Pakistan-based terror masterminds are as per guidelines, the whole world might say it is because it has billions of dollars of investments in Pakistan. Who is to say these men would not have resorted to bombing Chinese projects in Pakistan, in case China had said otherwise.

The tragedy would be if this perceived “selective” approach towards global terrorists comes back some years later to cause severe internal security challenges to it, which would then impact economic growth by reducing the flow of capital into projects into those very restive areas, which is precisely where China needs to focus more in the coming years for development. Hopefully, such a situation should not occur.

Sourajit Aiyer works with a leading capital markets company in India. He has written in over 30 publications globally and is the author of the E-Book, “Flying with the Winged Elephant: Niche business themes that may emerge in India for global investors”. Views expressed are entirely personal

Requiem for the global economy 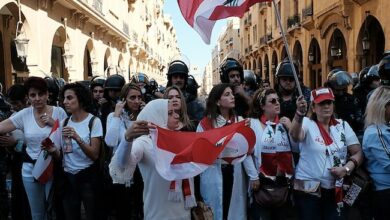