Game of Poker at best, Game of Chess at worst, and neither option should be celebrated

Nuclear security is seemingly in the vanguard of global attention, but the large framework of international provisions is increasingly perceived as a toothless tiger. In the contemporary age where asymmetric threats to security are one of the most dangerous ones, the time is high to mitigate the risk of rouge actors having potential access to materials, necessary to develop nuclear weapons.

Nowhere is this urgency more pivotal than in already turbulent areas, such as the South Caucasus. With many turmoil instabilities, lasting for decades with no completely bulletproof conflict resolution process installed, adding a threat of nuclear weapons potential means creating a house of cards that can cause complete collapse of regional peace and stability. That is precisely why recently uncovered and reoccurring actions of Armenia towards the goal of building its own nuclear capacity must be addressed more seriously. They should also attract bolder response to ensure safety of the region is sustained.

According to the report by Vienna-based nuclear watch-dog, International Atomic Energy Agency (IAEA), Armenia has established quite a record of illegal trafficking of nuclear and other radioactive materials. There have been a couple of serious incidents spanning from 1999 onward. A large number of reported incidents has occurred on the country`s border with Georgia, tempting the IAEA to conclude there is high probability that the so called Armenian route does in fact exist. There is a further evidence to support this assertion. There were an unusually high number of Armenians caught in nuclear trafficking activities. Additionally, some of the reported incidents that made their way to the official reports suggested that the main focus of trafficking activities is in fact smuggling of nuclear material that could be used for nuclear weapons capabilities. There were also reports suggesting the trafficking of other radioactive material that could be utilized for alternate purposes, such as the building of a so called dirty bomb. Since the stakes with nuclear weaponry are always high to the extreme, the recognition of this threat must not be underrated and dismissed easily.

Only days henceforth the latest illegal activities have been uncovered by border control in April, 2016, former Armenian Prime Minister Bagratyan shocked the international public with the claim that Armenia indeed has nuclear capabilities and the ability to further develop them. The main reason for the possession is to deter neighbors such as Turkey and Azerbaijan. More specifically, to discourage them from resorting to aggressive foreign policy measures and mitigate potential threats to Armenian territorial integrity, especially in the disputed regions. Even though Turkey and its intelligence network was quick to dismiss these claims and labeled them as a failed attempt to increase the geopolitical importance of Armenia, as well as to deter its much more militarily capable neighboring countries, such claims should not be taken lightly, either. Thus, there is no cause for alarm yet.

However, there should be increased interest of the international community to investigate these serious claims. If documented, they would pose a grave desta-bilization factor for the already turbulent region. They would also trigger deepening of hostilities and mistrust in extremely delicate regional framework of peace.

The prospects and dangers of potential acquisition of a dirty bomb by rouge actors are rising on the international agenda. The recently detected activities in South Caucasus showed that there were substantial efforts made in order to smuggle and illegally sell Uranium 238, which is highly radioactive. At the beginning of 2016, a different group was trying to smuggle a highly radioactive Cesium isotope that usually forms as a waste product in nuclear reactors. What is also worrying is that the majority of the activities are occurring in highly instable and unmonitored territories of Azerbaijan and Georgia that are under the control of separatists, such as Nagorno- Karabakh and South Ossetia. The mere organization of the Armenian route proves to show that illegal activities can flourish in the security blind spots of the region.

There is also the Iranian connection. Armenia borders this Middle Eastern country that found itself in the centre of global attention until the ratification of The Joint Comprehensive plan of Action in 2015. The international agreement supposedly effectively mitigated the risk of Teheran developing its own nuclear capabilities and established a proper international regime to monitor compliance to the installed provisions. However, fears remain over future developments of this issue. The unusually high number of truck traffic between Armenia and Iran further fuels suspicion on what exactly goes down under the cloak of darkness.

Iran is not the only powerful ally of Armenia that holds knowledge on all things nuclear. Yerevan is extremely close with Russia ever since the breakup of the former Soviet Union, and fully relies on Moscow when it comes to upholding its security, territorial integrity and political autonomy. Russia is of course a member of the elite nuclear club, and besides the US holds one of the largest stockpiles of nuclear capabilities in the world. This is of course a leftover of the Cold war era and fears of the Eastern or the Western devil, depends on which side of the wall the threat was being perceived.

It is worrying to note that some of the nuclear material that was trying to find its way into Armenia through South Ossetia has been, at least according to some reports, traced back to Russian nuclear facilities. This is of course of small wonder, since Russia is an official supplier of nuclear fuel for the only nuclear power plant in Armenia, the Metsamor nuclear plant that supplies roughly 40 % of electricity to the country`s population.

But the reactor itself falls into another aspect of nuclear threats posed by Armenia, specifically nuclear safety threats. The reactor is extremely outdated, and there are no proper safeguard and safety mechanism installed that would ensure adequate monitoring of its operations and recognition of potential faults in the system.

The world just marked the thirtieth anniversary of the devastating Chernobyl accident, and it is unsettling to know there is high risk of a similar disaster in the adjacent area. Nuclear safety, like nuclear security, should be taken extremely seriously. Any outdated systems, like the one at the Metsamor nuclear plant, should be either closed down until repaired and adjusted to proper security standards, or shut down completely if the plant is unable to follow necessary legal provisions. To make the future prospects even grimmer, the area where the Metsamor plant is located is being said to have very vibrant seismic activities. Thus, not only is the plant dangerous due to outdated security systems and technology, but also due to naturally occurring phenomenon that is highly likely to cause significant damage on the plant itself. Armenian officials should protect their own population and not risk a nuclear holocaust. Instead, they continue to stubbornly extend their self-entrapment grand ambitions.

Reviewing the manifold danger that Armenia represent in nuclear terms, there are no simple answers, although there are a few clear conclusions. The Metsamor power plant should be considered as an imminent and serious threat to millions of people in Asia, Middle East and Europe, and shut down. Additionally, this issue should not be shielded anymore for the sake of pure Macht politik.

Macht prefers secrecy and coercion and we already well know how it always ends up. After Chernobyl, Three Mile Island and Fukushima disaster, the last thing the world needs is another nuclear catastrophe. Additionally, there are clear ambitions present in the country to develop and acquire nuclear capabilities. For more than one reason that is an extremely dangerous endeavor to pursue. Not just for the region itself and adjacent countries but also for the world which should be evolving towards the future nuclear free world instead. Consequently, we have to do all we can to prevent yet another blow to an already shaking NPT (Non-Proliferation Treaty).

Conclusively, Caucasus is full of frozen yet unsolved, highly polarizing, toxic and potentially inflammable conflicts. We also have to be aware that the raging flames of instability from Syria and Iraq are not far away. We do not need another nuclear meltdown inferno. It is high time to localize the overheated blaze of Middle East. It would be a good start by stabilizing Caucasus in a just, fair and sustainable way.

Petra Posega is a Security Studies candidate, with a Degree in Political Science. She prolifically writes for platforms and magazines on four continents (including the Canadian (Geopolitics of Energy, the US Addleton, and Far-Eastern Journal of Asia- Europe Relation).

The gap between China's rich and poor is growing 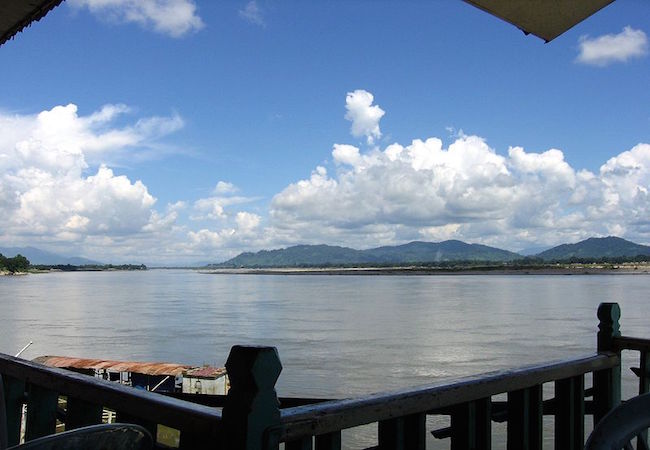