The Brazilian Ministry of Defense made available four Air Force (FAB) airplanes to be used in the investigation in the case of the November 29th crash that killed members of the Chapecoense Football Association team.

The airplane, chartered by the team from Santa Catarina in the south of Brazil, crashed in Colombia, five minutes away from the city of Medellin. The team was on its way to play in the South American Cup finals. Fuel shortage may have doomed the plane, Freddy Bonilla, the National Secretary of Air Safety of Colombia, told the press one day after the accident. Colombian authorities responsible for the case investigation, are analyzing the possibility that since the aircraft ran out of fuel, engines stopped and there was a power outage.

In a press statement, released the day of the accident, the Brazilian Ministry of Defense and FAB announced that two C-130 Hercules FAB aircraft were ready to help in the rescue and transfer of the Brazilian victims of the plane crash. Two aircraft were also made available to transport the families of the victims and military rescue teams.

On the night of the 29th, the first of these aircraft, a C-99 airplane, left Brasília with 24 people on board. Among them were representatives of the ministries of Foreign Affairs, Sports, and Health; members of the Federal Police; the Mayor of Chapeco, the city which lent the team its name, and city officials. The C-99 aircraft arrived in Medellín on November 30th, around 1:30 AM local time.

On Thursday, December 1st, a third C-130 Hercules aircraft was mobilized by FAB. The planes that were to transfer the victims’ bodies from Colombia to Brazil waited at the Manaus Air Force Base for the mission to begin. They departed toward Medellín in the early afternoon of December 2nd.

On board the plane were eight crew members and two members of the Aeronautical Accidents Investigation and Prevention Center (CENIPA), an organization that belongs to the Aeronautics Command whose main objective is planning, managing, controlling, and performing the activities related to the prevention and investigation of aeronautical accidents.

CENIPA representatives were invited by the Colombian Air Accidents Investigation Group to travel to Medellín. “Each technician participated in the investigation process as a professional assigned by the Brazilian government, so as to follow the works conducted by Colombian local authorities and help, whenever requested,” according to the Press Office of the Aeronautics Social Communication Center.

Preparing for emergencies – “Life is what matters”

The journey from Medellín to Chapecó, where the wake for the soccer team victims of the plane crash took place, lasted more than 10 hours, with a stopover in Manaus for the compulsory entry procedure in Brazil. C-130 Hercules aircraft landed in the city in Santa Catarina the morning of December 3rd.

Working cases such as the plane crash is not new to FAB. The Air Force has airplanes, helicopters, and pilots prepared for moments such as this. It also has squadrons of soldiers trained in search and rescue.

“FAB has five squadrons on a 24-hour alert. Of those, the 2nd/10th Aviation Group is the only one to perform search, which consists of searching the crash site, whether on land or in water. For that purpose the C-105 Amazonas aircraft is used”, said Lieutenant Colonel Jorge Marcelo Martins da Silva, commander of the 2nd/10th Aviation Group, also known as the Pelican Squadron.

“The other four squadrons are equipped with helicopters used mainly to rescue or salvage all people involved in the accident,” added Lt. Col. Martins. The Pelican Squadron is headquartered in Campo Grande, midwestern Brazil, and is capable of attending emergencies throughout the country. The other units are distributed in different Brazilian regions.

“We have a search-and-rescue system interconnected to the air traffic control system, which monitors all flying aircraft. When there is a crash, the closest squadron is immediately commissioned,” reported Lt Col Martins.

In a crash with characteristics similar to the one with the Chapecoense soccer team, FAB would probably use helicopters to transport the team and perform the rescue, according to the Pelican Squadron commander. “We would possibly perform the rescue with helicopters that would land on the site because, apparently, there were conditions for the aircraft to land. If landing wasn’t possible, the military staff would have to go down using some technique, such as rappelling, manual winch, or even parachuting, depending on the case.”

In 2016, the Pelican Squadron alone was commissioned seven times. “Those were situations with little repercussion on the media. However, it doesn’t matter if it is a high- or low-profile accident. We always address the situation similarly, with the same professionalism and commitment. Life is what matters,” said Lt Col Martins.

“Our squadron’s motto is ‘so that others can live.’ This motto involves feelings of selflessness, self-sacrifice, persistence. After all, we are driven by the idea that we will do whatever is possible to save other people’s lives,” concluded the FAB military authority. 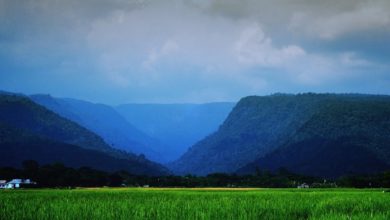 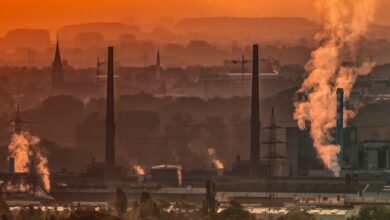