The Trump Administration has made significant overtures about either redoing the North American Free Trade Agreement (NAFTA) or withdrawing from it entirely. However, withdrawal from NAFTA could spell economic problems for American consumers in the long-term.

During his presidential campaign, Donald Trump had only derogatory remarks about NAFTA and promised his supporters that the United States would withdraw from the agreement if he could not get a better deal. As a businessman, he touted his claim of perfecting the art of the deal. But while NAFTA is not perfect, it has helped American consumers have access to cheaper priced products such as produce and manufactured goods. NAFTA has also allowed American companies to sell their products and services to Canada and Mexico without concerns about tariffs and ultimately decrease their profits. If the Trump Administration, is successful in withdrawing from NAFTA, the American consumer will suffer severe economic and financial injury. 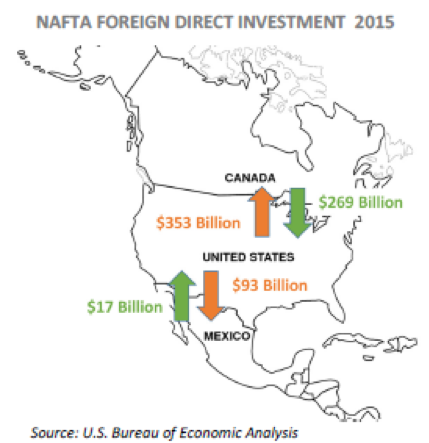 Why NAFTA came about

NAFTA is a trade agreement between the United States, Canada, and Mexico allowing free trade for many designated products, commodities, and services. NAFTA allows free trade for three nations with over 486 million people and approximately $23.5 trillion in combined gross domestic product (GDP). While NAFTA could be viewed as a countervailing move against the European Union (EU), a key aspect of the treaty is that it was the first time in history that developed economies formed an agreement with an emerging economy.

Prior to NAFTA’s existence, tariffs as high as 30 percent were imposed on American goods going into Mexico, while Mexican goods entering the United States were taxed an average of 250 percent. While the treaty was signed into law in the United States under President Bill Clinton, it was actually President Ronald Reagan who pushed for a common market in North America during his presidential campaign. Reagan started treaty negotiations with Canadian Prime Minister Brian Mulroney for a free trade agreement between the two neighbors. They signed the Canada-United States Free Trade Agreement in 1988, becoming effective in 1989. Under President George H.W. Bush, the United States started talks with Mexico in order to liberalize trade and later Canada requested a trilateral agreement eventually giving birth to NAFTA.

NAFTA saw its share of controversy in the United States as many felt that it would mean the loss of American jobs to Mexico and Canada. H. Ross Perot ran as a third-party candidate against George H.W. Bush claiming that NAFTA would result in a “giant sucking sound” of jobs and economic opportunity going to Mexico. While NAFTA eventually became law, many analysts felt it cost Bush his presidency. 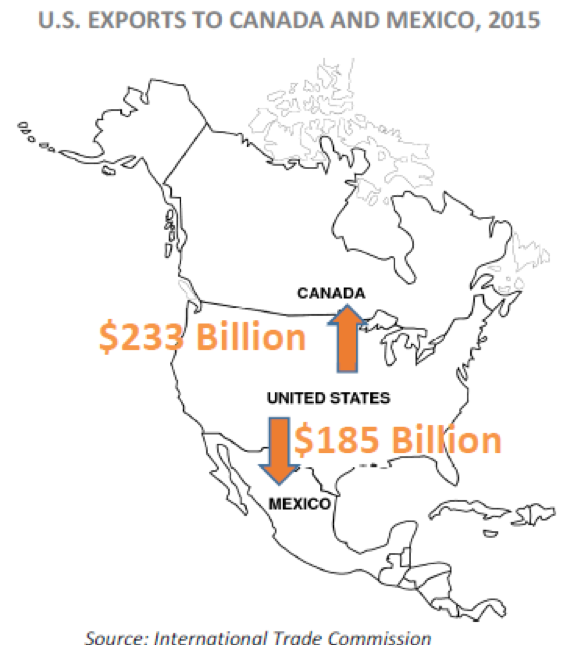 Despite the rhetoric by Donald Trump during his presidential campaign and as president, there are major reasons why the United States needs NAFTA.

Jobs gained: Regardless of the charges by Perot and Trump, there has actually been an increase of jobs in the United States due to NAFTA. There are estimates that approximately 14 million jobs depend on trade with Mexico and Canada, and that almost 200,000 jobs are created on an annual basis by NAFTA. Also, these 200,000 jobs created by NAFTA pay on average between 15 to 20 percent more than the jobs being lost. On a short-term basis, between 1994 and 2000, an additional 12 million jobs were created by NAFTA while the unemployment rate decreased from 6 to 4 percent. According to the U.S. Chamber of Commerce approximately 6 million American jobs rely on trade with Mexico while 8 million depend on trade with Canada. The dilemma that American workers face is that if the United States were to pull out of NAFTA there could be serious economic repercussions. For example, according to a study for the Motor and Equipment Manufacturers Association conducted by the Boston Consulting Group at least 50,000 American jobs would be lost if the United States withdrew from NAFTA.

Increased trade with Canada and Mexico: NAFTA has opened up trade with Canada and Mexico immensely since the agreement has removed trade barriers and tariffs with these key trading partners. According to Matthew J. Slaughter, dean of the Tuck School of Business at Dartmouth College, American consumers have been able to save approximately $10.5 billion annually due to lower tariffs attributed to NAFTA in which households having an annual income under $70,000 enjoying most of the benefits.

Another key area that NAFTA has benefited the American economy is the increase of agricultural exports. In 2016, the United States exported $18 billion in agricultural products to Mexico, while Mexico sent $23 billion in products such as fresh fruits and vegetables. In this respect American consumers have access to fruits and vegetables they would not ordinarily have at cheaper prices than ever before. Not only that, but American farmers are seeing increased revenue since NAFTA became effective because agricultural products exported to Canada and Mexico now exceed 30 percent of all exports. In 2015, total U.S. agricultural exports to Canada and Mexico were $39.4 billion. American farmers send beef, rice, apples, and beans, to name a few products, to Mexico annually and in 2016 alone this accounted for $17.9 billion in exports. If NAFTA were to cease, then American consumers would be hit with higher costs on imported Canadian and Mexican goods.

Finally, service companies have come to rely on NAFTA. For example, American companies such as MetLife, FedEx, UPS, Wal-Mart, and Citibank have substantial investments in both Canada and Mexico. According to the United States Chamber of Commerce, NAFTA has permitted American services exports to see an increase from $27 billion in 1993 to $92 billion in 2014. 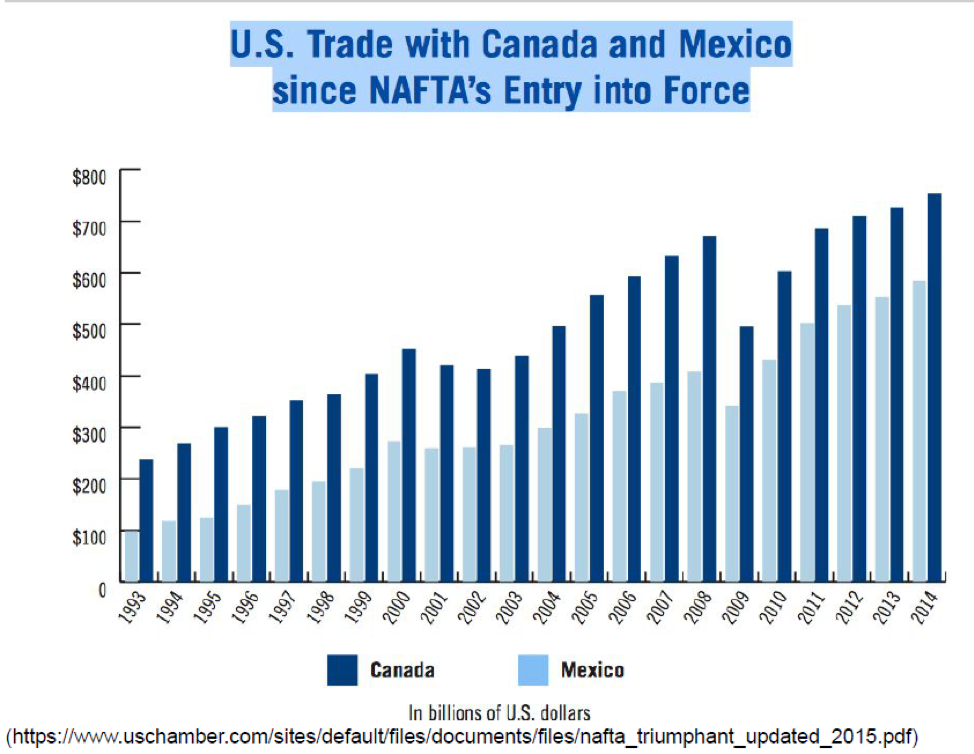 Moats will not help

NAFTA was designed to open markets that are on the doorstep of the United States. NAFTA is not perfect and every treaty and agreement should be revised on a periodic basis. But scrapping NAFTA would be the wrong move for the United States, Canada, and Mexico, in the short and long-term. Donald Trump thinks he is doing the American consumer and worker a huge favor by threatening to withdraw from NAFTA. But actually, withdrawing from NAFTA would send the American economy into a financial tailspin that it could not possibly recover from. This will make China’s ascension to the top global economy occur much sooner than anticipated by economists and policymakers.

Deterrence in South Asia: What matters ?

Junk Planet: Is Earth the largest garbage dump in the universe?