Trump administration has ordered to expel over 60 Russian Diplomats, joining the chorus of European countries in punishing Moscow for a nerve agent attack on a former Russian spy in Britain. In addition, the administration has also announced shutting down of Russia’s consulate in Seattle, citing its proximity to a U.S. Naval base and Boeing, a major defense manufacturer.

Of those 60 unnamed diplomats (intelligence agents) being expelled, 48 of them work at the Russian embassy in Washington and 12 are posted at the United Nations office in New York.

“The United States takes this action in conjunction with our NATO allies and partners around the world in response to Russia’s use of a military-grade chemical weapon on the soil of the United Kingdom, the latest in its ongoing pattern of destabilizing activities around the world,” said White House Press Secretary Sarah Huckabee Sanders.

Seattle Consulate, Naval base, and Boeing

The Naval base at Bangor has eight nuclear-armed submarines and is located 20 miles northwest of downtown Seattle, on Hood Canal. Naval Base Kitsap is also the third-largest Navy base in the U.S and the only Trident submarine base on the West Coast.

Boeing, nation’s second-largest defense contractor is seen as a strategically significant sphere. Reports say that Boeing has a close commercial link with Russia, including extensive and vital contracts to supply titanium to make its commercial jets. White House has not announced any particular reasons for citing Boeing, perhaps to avoid any commercial espionage. A senior administration official denied saying whether the US believes Russian agents were spying on US submarine bases.

It is worth noting that in 2017, the State Department ordered the closure of the Russian Consulate-General and consular residence in San Francisco.

According to Jon Huntsman, the U.S. ambassador to Russia” This is the largest expulsion of Russian intelligence officers in the United States history.”

British PM Theresa May, boosting West solidarity, said 18 countries had decided to expel Russian officials. Nearly, 100 such diplomats were being removed, the biggest ever Western-led expulsion of Russian diplomats since the Cold War era.

Foreign Secretary Boris Johnson as well praised the “extraordinary international response” by the UK’s western allies. Experts opine that this is the most serious diplomatic crisis between the Western Hemisphere and Russia since Kremlin’s seizure of Crimea.

Also, this collective expulsion from US and EU following the path of UK is a strategic gesture as it comes at a time when EU and UK relations are strained due to the Brexit.

The US hardens its tone on Russia

The sacking of Russian Diplomats is considered as the strongest presidential move by Trump against Russia since coming to office. He has been severely criticized by both Democrats and many Republicans for failing to be hard enough on Russia over the US allegations of Russian meddling in the US elections, including the 2016 presidential polls.

In conjunction with the allegations of election meddling, Kremlin is also being accused of spying and cyber-attacks targeting essential infrastructure in the US like electrical grids, financial networks, transportation, and healthcare.

“The US takes this action in conjunction with its NATO allies and partners around the world in response to Russia’s use of a military-grade chemical weapon on the soil of the United Kingdom, the latest in its ongoing pattern of destabilizing activities around the world,” said Sanders.

“Today’s actions make the United States safer by reducing Russia’s ability to spy on Americans and to conduct covert operations that threaten America’s national security. With these steps, the United States and our allies and partners make clear to Russia that its actions have consequences” she added.

“It is widely acknowledged that well over 100 intelligence officers are currently in the U.S.  This shall be a step in making the Russian government accountable for the diplomats they post in the countries they are hosted,” a senior Trump administration official told reporters during a conference call.

“We do reserve the right to respond further to any Russian retaliation against our entirely justified action today,” the official said.

During the Cold war era, in 1986, nearly 55 Soviet diplomats were expelled by President Ronald Reagan in a bid to restrain espionage attempts. As a retaliation, Russia ordered around 260 employees of the US Embassy in Moscow to stop their missions. It was the largest number of diplomatic officials to be expelled by the United States at once.

United Nations spokesman Farhan Haq told reporters that the US administration notified the UN Secretariat in advance of the announcement.

Haq also said that UN Secretary-General Antonio Guterres “will closely follow this matter and engage as appropriate with the governments involved.”

Considering the magnitude of the Western action, a serious diplomatic retaliation from Russia is inevitable. “I mentioned in my statement in the State Department that I consider these actions counterproductive,” Russian Ambassador to the US Anatoly Antonov said.

“I said that the United States took a very bad step by cutting what very little still remains in terms of Russian-American relations,” Antonov said.

“Unfortunately, we already have a bad experience of working in such crisis situations. This will have an impact. This is a serious blow to the quantitative and qualitative composition of the Russian embassy in Washington, DC,” Antonov added. “We will take all the necessary measures, of course, in coordination with Moscow and with Moscow’s help, so that Russian citizens can calmly leave the United States on the set date.”

Immediately after the announcement by the US, Russian Embassy started a Twitter poll inviting its followers to participate, aimed to get recommendations on ‘which US consulate it should close in response’.

The US maintains an embassy in Moscow and three consulates in St Petersburg, Vladivostok, and Yekaterinburg. Russia’s Foreign Ministry called the expulsions a “provocative gesture”.

A Kremlin spokesman said the West is making a “mistake” and that President Vladimir Putin would make an ultimate conclusion about Russia’s response. Russian UN ambassador Vassily Nebenzia called it “a very unfortunate, very unfriendly move”.

Alexei Chepa, the deputy head of the foreign affairs committee for the Russian State Duma, told reporters that Russia “must expel the diplomats of those countries”. Russia has already ordered 23 British diplomats out of the country after Britain expelled 23 Russian diplomats.

Shiva Shankar Pandian is an independent columnist based in New Delhi. He holds MA in International Relations (with specializations in US Foreign Policy) from Annamalai University, India. He regularly writes on foreign relations of the United States and India. 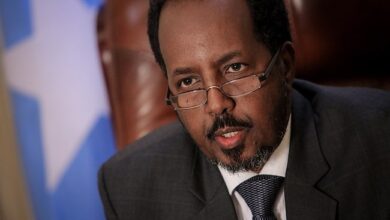