In the aftermath of the Arab Spring, the United States has found itself at a crossroads of whether to support nascent democratic movements or to allow authoritarian leaders to cling to power in the name of stability. But the latest flashpoint in this debate – Sudan – is demonstrating the potential existence of a different path for foreign policy.

This path closely resembles a form of democratic consolidation known in academia as a “pacted transition” which offers possible advantages over other transitional models. Policymakers in the US and EU should take notice of how this is taking place in Sudan, and use it as a template for a path towards consolidating the gains of democratic activists in authoritarian nations in the future.

The events in Sudan followed a now familiar model: after decades of authoritarian rule, democratic activists took to the streets in protests, resulting in the removal of the longtime ruler Omar al-Bashir and the imposition of a transitional military government. When democratic activists rejected the new military rule, protests were greeted with gunfire and repression.

Up until this point, Sudan’s trajectory seemed like many of the countries hailed as democratizing during the Arab Spring. Egypt, Libya, Syria, and Yemen all saw protests challenge an existing ruler, only to see their initial gains reversed. In Egypt, a military coup reset the status quo but returned it to different hands, while Syria, Libya, and Yemen have all descended into varying levels of civil war. Only Tunisia managed to emerge as a democracy, albeit with its fair share of challenges. 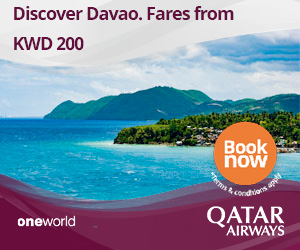 So where did the Arab Spring go wrong on the path towards democratization? Part of it was a push towards completely erasing the old order and supporting major upheavals instead of smaller, incremental changes. Activists sought to build new orders and faced strong resistance from powerful elites, typically with control of the military – and when civilians clash with an entrenched military, the results are rarely positive for civilians.

In Syria, part of the problem even stemmed from an overly optimistic portrayal of American aid potential – Syrians saw the United States making grand proclamations in favor of a complete transition to democracy and then failed to accept the compromise proposals put forth by the Assad regime. In the wake of these upheavals and reversals, Western governments looked away from supporting democratic uprisings, as demonstrated by President Trump during his 2016 campaign and inaction from the EU. The Arab Spring, to the detriment of democratic reform, had taught the public that authoritarians were a stabilizing force and democratic movements were not.

Yet the narrative in Sudan appears to be deviating. Although the military refused to transfer power to civilian rule, both sides have reached a power sharing agreement that will create a new joint civilian-military ruling body. Instead of reversing course or descending into chaos, Sudan has thus far found a way to compromise while still preserving the gains made by democratic activists. This compromise between entrenched elites and democratic masses is the essential foundation of the pacted transition.

Based on appearances, the pacted transition can seem like a golden mean fallacy, where a medium between two undesirable options seems like the logical choice. But a pacted transition offers real benefits over the kind of revolutionary change often advocated during moments of democratic activism. Societies that endure pacted transitions benefit from reduced uncertainty, as there remains continuity between the old order and the new. Likewise, these governments make forms of political competition legal, allowing for challengers to make their case openly and normalize the idea of democratic competition. In this way, the pacted transition preserves the stability of society while leaving the door open to inch towards true democracy.

The Spanish transition from Francoist rule to its modern democracy is often held as the successful model for a pacted transition, where decades of established authoritarian rule gradually gave way to democratic changes.  Therefore, it is important to keep in mind that the benefits of this type of change occur over time.

Yet these kinds of pacted transition can leave much to be desired. To make such a transition work, the elites responsible for perpetuating authoritarian systems are provided immunity from prosecution or, in many cases, are allowed to stay in power. In Sudan, the prominent role of Mohammed Hamdan Dagolo, also known as Hemeti, complete with his dubious record of abuses and command of paramilitary forces, raises considerable doubt as to whether any agreement can survive long enough to see meaningful democratic change.

Hemeti now serves as a member of the eleven person Sovereign Council, and while he is not the leader of the council, his presence continues to loom large. However, these compromises may be necessary to ensure the stability of the state while allowing for political contestation within the system. A similar case occurred in Tunisia, where the first democratically elected President was a career politician working in both of the prior authoritarian governments.

Despite the current political arrangement, it is still presumptuous to call Sudan a success story. Sudan remains at risk of seeing its agreement collapse or reverting to a military-style takeover as occurred in Egypt after Mohammed Morsi’s election victory in 2012. But for now, policymakers in the United States and EU seeking both stability and paths towards democratization can, and should, closely monitor Sudan’s progress. Efforts should be made to ensure that both civilian and military elements of the new Sovereign Council live up to the bargain struck, using foreign assistance as leverage where possible. Likewise, care should be taken to admonish and punish the military if it reneges on its promises.

After seeing many promising democratic movements snuffed out or descend into conflict, the path taken by Sudan may prove to be the best alternative available for those seeking to affect meaningful, durable, and democratic change.

Stephen Delaney is the 2019 YPFP Geostrategy & Diplomacy Fellow. He is an open-source risk and vulnerability analyst working to support the US Department of Defense. Prior to becoming an analyst, he served as a consultant to the intelligence community and in the political office at the US Mission to NATO. He holds a master’s degree from Harvard University, where he also worked as a negotiations teaching fellow and case writer.