In late 2017, Senator Sanders took to the stage at Westminster College to lay forth the progressive vision of America’s role in the 21st century. During his speech, Senator Sanders remarked that “we cannot convincingly promote democracy abroad if we do not live it vigorously here at home”. The message was clear, a Sanders foreign policy would rein in Americas broad commitments and focus on the home front. It was only fitting, then, that the esteemed venue had been home to Winston Churchill’s Iron Curtain speech 71 years prior. Despite the gulf in politics between Sanders and Churchill, they share a commitment to the notion that national policy ought to reflect historical realities. Indeed, in curbing America’s love affair with Empire, Progressives would do well to look to Churchill for direction..

“The naval squadron in Malta”, First Lord admiralty Winston Churchill exclaimed in the summer of 1912, “certainly will not operate in the Mediterranean till a decisive and victorious general action has been fought in the North Sea!”[1] The recall of the Royal navy back to Britain marked a radical overhaul of British foreign policy. Churchill, sensing the coming of war with continental foe Germany, sought to downscale Britain’s expansive colonial enterprise to defend the home island. Kaiser Wilhelm II, who had replaced the pragmatic Otto Van Bismarck, was intent on Germany becoming a vast colonial empire, mounting a challenge to Europe’s Great Powers, Britain and France. In defending the Kaiser’s ambitious designs in front of the Reichstag, the then Foreign Secretary Bernhard von Bülow curtly stated, “we also want our own place in the sun”[2]. Accordingly, the Kaiser ushered in a strategy of ‘Weltpolitik’ – a policy characterised by colonial plunder and a soaring military budget.

By the early 1900’s, Britain had come to terms with the looming German threat. British diplomat, Sir Eyre Crowe, the foremost expert on Germany in the Foreign Office, drafted a memorandum in 1907 warning of “German schemes of expansion” and the need for “balance between the continental Powers”[3]. That same year, Britain, France, and Russia, signed the Triple Entente, formalizing an alliance set on countering German expansion. British foreign policy was to abandon the “great game” of Empire for the safeguarding of Britain. Retrenchment, alliance-building and domestic renewal was the basis of a new British foreign policy & Mr. Churchill was to deliver.

The United States faces challenges similar to that of a transitory Britain of the late 19th century. Internationally, the liberal order chaperoned by American power since the second World War has disintegrated to its default condition of strategic rivalries. Emerging powers, some revisionist, have given rise to a new era of power politics. The landscape at home is daunting still. A combination of spiritual malaise, material imbalances and the unfurling of nativism has rendered the United States, more than ever, a super-power adrift. The U.S. faces novel threats both from within and without, demanding a sober re-assessment of conventional foreign policy. Like Churchill in years past, Progressives should steer clear of reflexive defenses of orthodoxy and in much the same manner in which Britain redefined itself at the turn of the 19th century, so too, should the U.S. place its foreign policy on a new footing, one oriented towards retrenchment and domestic renewal.

A foreign-policy premised on retrenchment and domestic renewal must fundamentally address U.S. government budget priorities. Leaders of all political stripes have struggled with how to balance a nation’s investments in defense and civilian goods. In a speech given at Kensington Town Hall in 1976, Margaret Thatcher pointedly remarked that “the Soviets put guns over butter, but we put almost everything over guns.” The soon-to-be Prime Minister painted a sinister picture of Brezhnev’s Soviet Union as a society marred by excessive militarism with a brazen disregard for the well-being of its people. The systematic failure to sufficiently invest in the social and economic foundations of American civil society threatens similar imbalances. 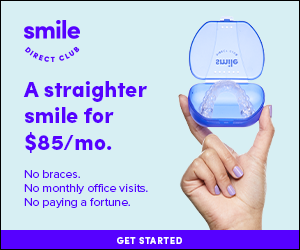 It is the job of the U.S. government to do what is necessary to protect Americans. The task, however, must contend with domestic as well as foreign threats. Political leaders can no longer maintain the erroneous assumption that the domestic and foreign policies of the United States are separate. Investments in defense have come at a staggering cost to investments here at home. In 2018, H.R. 2810 passed the House of Representatives providing for a defense budget of 696 billion dollars, an 18% increase from the year before. What is involved in these figures is the crude fact that political priorities are not aligned with renewed investments on the domestic front. Continued disparities of this sort ultimately erodes America’s position in the world. As George Kennan reflected in his later life, “one of the first requirements of clear thinking about our part in world affairs is the recognition that we cannot be more to others than we are to ourselves –– that we cannot be a source of hope and inspiration to others against a background of resigned failure and deterioration of life here at home.”

Defense is not infinitely cuttable, but under the backdrop of unprecedented social strife where chaos looms over our already fragile democracy, the leaders of tomorrow need the political foresight to get the balance right. At precisely that moment in history where the nation has the material ability to end poverty, its leaders lack the political will to do so. A massive assault upon poverty in American society must take place, upon slums, inferior education, inadequate medical care, deficient working-class wages and other such efforts at revitalizing the home front. Retrenchment as a matter of national policy is necessary to achieving this goal & Progressives are uniquely positioned to deliver.

[2] Bernhard von Bülow, who served as Reich chancellor from 1900 to 1909, gave his notorious speech on Germany’s “place in the sun” when he was foreign minister. His vision of Germany as a colonial behemoth inspired massive German naval expansion, alarming Germany’s continental & maritime neighbours.

[3] Sir Eyre Crowe Memorandum on The Present States of British Relations with France and Germany. The memorandum represented the expert view within the Foreign Office on Perceptions of Germany. For an analysis of the significance of the document during the historical epoch from the view of various memoirs, autobiographies and biographies of Foreign Office members see: Jeffrey Stephen Dunn’s The Crowe Memorandum: Perceptions of Germany, 1918-1925. Chapter One “Sir Eye Crowe, the Foreign Office at Versailles and the Post-War World” page 48-56. 60-74.