As widespread protests across India enter their third week over the controversial Citizenship Amendment Bill (CAB) and the National Register of Citizens (NRC), therein lies a muted sense of irony in how the once ‘populist’ BJP government is faced with an onslaught of a very different kind of populism of its own making. In a direct challenge to the ruling BJP government’s inspired vision of the Sangh Parivar, protestors across major cities such as Lucknow, Delhi, Bangalore, Ahmedabad, Mumbai and Assam have taken to the streets in defense of what has in principle remained a secular democracy. In effect exercising the very democratic right guaranteed to them by the Indian Constitution.

Yet, while these protests have already turned increasingly violent with many reported to have died at the hands of riot police, there is a general expectation that the apathy directed towards India’s minorities that has long characterized this ruling government is likely to continue in the absence of any serious condemnation, especially from the rest of the democratic ‘free world’. Hence, while ‘Prime Minister Modi’s BJP led government steadily erodes India’s democratic ideals in favor of a more ‘populist’ brand of politics,” one can’t help but note how this very statement has come to read as a catch-all byline that is applicable to almost any part of the world now. Be it in Trump’s America, Putin’s Russia, Erdogan’s Turkey, Johnson’s Britain or Bolsanaro’s Brazil, the rise of such ‘populist’ leaders themselves represent perhaps one of the most troubling impediments to a such a so called ‘free’ world.

For the ardent supporters of these leaders, the very fact that their support is part of the majoritarian cause stands as the ultimate triumph of democracy through the unfettered will of the people constituting these states. Yet, what this illusory triumph masks is how each of the above mentioned leaders, including Narendra Modi, have simply perfected the age-old art of political demagoguery. In generating the kind of rabble-rousing appeal that resonates with their electorate’s basest fears and insecurities, the Trumps, Modis and Bolsanoros of our times have focused more on developing dangerous cults of personality that often transcend their respective democratic parties. In effect representing a brash, self-serving and dictatorial style of leadership as opposed to one based on consensus or an established rule of law.

This for instance has been evident in President Trump’s recent impeachment the very grounds for which have coalesced around the President putting personal and political gain before the country’s national security. In representing a clear violation of his oath of office to protect and uphold the United States Constitution, it also points to the vital need for adequate checks and balances that are otherwise inherent to the very idea of a democracy. This emphasis on accountability is important considering that even though President Trump’s impeachment is unlikely to result in his removal from office, the symbolic value of a leader being held accountable under law is what differentiates a democratic ruler from a despotic or autocratic one.

Hence, on pure principle, a similar case can be made against Prime Minister Modi as well.  Mr. Modi’s systematic marginalization of Indian Muslims stands also as a blatant attempt at subverting the secular principles laid out in the Indian Constitution for his own self-serving political agenda. Be it in disputed fringe territories of Kashmir and Assam, or in major metropolises in the country’s heartland, Mr. Modi’s concerted efforts at reshaping the very basis of Indian nationalism and statehood represents a sheer disdain for the democratic principles of equality, liberty and justice on which the likes of both Nehru and Gandhi had emphasized the need for establishing a pluralist more inclusivist society. Well cognizant of the deep seeded, divides permeating through Indian society along the lines of caste, race, creed and language several of India’s founding leaders had emphasized self-rule through democracy as the only solution to colonial oppression. To see how those same principles, which have since remained enshrined in the Indian constitution for seven decades now being willfully eroded is nothing short of absolute treason. It represents a betrayal of not only the very idea of democracy, but a willful perversion of the concept towards unadulterated demagoguery, minus the checks and balances needed to prevent an autocracy.

Hence, while President Trump’s opponents both in and outside of his government still managed to achieve a symbolic victory in the form of an impeachment while working within an imperfect yet established democratic system; it waits to be seen whether India being the world’s largest democracy can writhe itself free of what can only be described as fascist tyranny. The same kind of tyranny which the free world had once labelled as its anti-thesis when combating the likes of Hitler and Mussolini, or more recently Saddam Hussein and Moammar Ghaddafi. 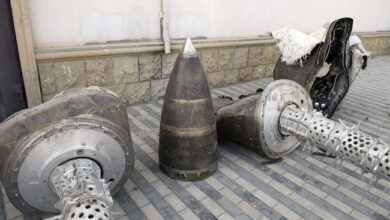 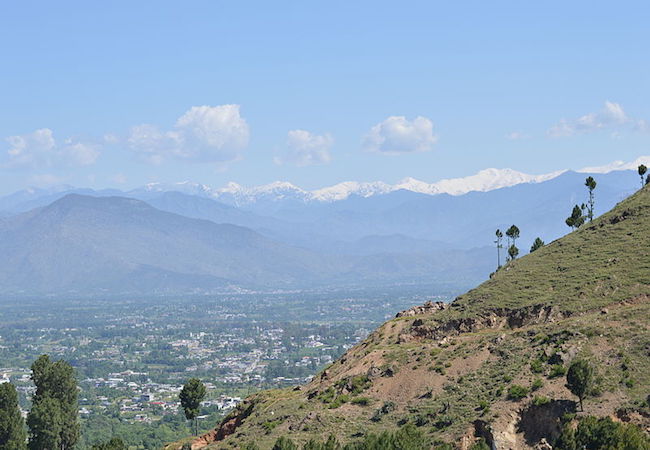