If you’re uninsured and need a hip replacement in the U.S., the tab is about $40,000. Travel to Mexico for the same surgery and the cost drops to $13,500. Similarly, gastric bypass surgery, which costs about $25,000 in the U.S. is about half the cost in Costa Rica. With a growing number of citizens unable to afford health insurance at home, medical tourism, in which patients travel to another country for a medical procedure, is gaining popularity.

The Need for More Affordable Care

The rise in medical tourism is being fueled by high costs of medical care in the U.S. A rising number of Americans are postponing their medical care, with a quarter reporting that they or someone in their family postponed treatment for a serious medical condition in the last year, according to a 2019 Gallup poll. That’s up 19% from the year before and the highest in Gallup’s polling.  At the same time, the U.S. spent nearly twice as much as 10 other developed countries, including Canada, Japan, the U.K., and France, on medical care.

The U.S. adult uninsured rate was 13.7% at the end of 2018, lower than 18% of residents who went without insurance before the Affordable Care Act. However, it has been climbing as more insurers drop out of some states and premium rates and deductibles climb.

This has led to a growing number of Americans traveling to other countries for health care. In 2007, there were about 750,000 such medical tourists, according to an article in the Journal of the American Medical Association. By 2017, that number had risen to 1.4 million seeking care in numerous countries around the world. That number is expected to rise by 25% each year.

Often procedures in other countries cost 30% to 60% less than they do in the U.S. This is due in part because physicians are paid less in other countries, and they often aren’t required to purchase costly malpractice insurance. Overhead costs are also lower because many patients pay cash.

The most common procedures and conditions treated abroad are:

Traveling Around the World for Treatment

The three most popular international destinations for U.S. medical tourists were Costa Rica, India, and Malaysia. Other popular countries include Mexico, South Korea, and Thailand.

Recently, the United Arab Emirates is vying to get a share of medical tourism businesses. Abu Dhabi’s Department of Culture and Tourism recently partnered with the Medical Tourism Association, a global non-profit that works with health care providers, governments, insurance companies, and others to support medical tourism. They are focusing on attracting patients from Russia, China, and nearby countries. Treatments offered will include open-heart surgery and cancer treatment, which are not easily accessible in the region. The World Medical Tourism and Global Healthcare Congress will be held in Abu Dhabi in 2021, with more than 100 countries expected to participate.

The partnership will put an emphasis on tourism along with medicine by offering discounts for area attractions to family members who accompany patients. In addition, long-held restrictions on women in the region are being relaxed. For example, single women are now allowed to rent hotel rooms by themselves in Saudi Arabia, making it easier for them to visit for medical procedures.

Just as in the U.S., patients need to do their homework before selecting a facility and surgeon or other health care provider. Only this due diligence is even more important to ensure the treatment meets U.S. medical standards.

Be aware that medical training varies by country. Nursing education standards also differ around the world. The World Health Organization is working to standardize education requirements by assessing basic competencies and requiring continuing education throughout a career. This standardization is already occurring in Europe and other areas of the world taking part in the Bologna Process for higher education reforms that work to standardize education requirements in all fields, including nursing. This program instituted a three-level system of License, Master’s and Doctoral for nursing to progress to advanced degrees.

One way to vet a hospital for a possible medical tourism procedure is to see if it is accredited by the Joint Commission International, which assesses health care facilities and provides educational services to hospitals worldwide. Look for hospitals affiliated with a major American institution like Harvard or Johns Hopkins and check to see if the doctors you select is board certified in their specialty. Choose a hospital over a clinic to have access to a larger facility and doctors in case the need arises. Also check to see the percent of providers at the who facility speak English and try to determine the mortality rate, Staphylococcus infection rate, and nurse to patient ratio.

If your condition allows, plan a few days for touring in the country where you’ll be having a procedure because afterward, your main focus will be on recovery. Make sure to allow time in your travel plans to be recovered well enough to fly home, as flying raises the risk of contracting an infection or developing a blood clot.

With the astronomical cost of health care in the U.S., it sometimes pays to seek the same care in another country. But patients need to weigh all the benefits and risks before deciding on whether medical tourism is for them. 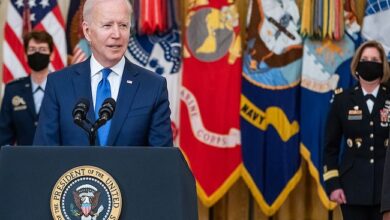