American workers who labor in menial jobs are fighting for better wages at a time when the nation’s economy is struggling. These workers have families to feed, keep a roof over their heads, and be able to afford decent medical care. As the minimum wage stands currently, it is not possible to accomplish any of these objectives and they endure a 40-to-50-hour work week and still exist in the throes of poverty. Many policymakers and economists are seeking a fair wage for the members of the American workforce who occupy its lower rungs. But there are business owners as well as other policymakers and economists who argue that a salary hike that would double the minimum wage would do more harm than good.

The problem is how to achieve some type of balance between the needs of workers and business owners so that both can survive especially in the midst of a present-day pandemic. Both groups need each other and there must be a solution that will help both sides or else the economic consequences could be quite severe.

The history of the minimum wage

The concept of a minimum wage came into fruition in New Zealand through the Industrial Conciliation and Arbitration Act of 1894. The Act was in response to shipping workers in New Zealand who conducted a huge strike in protest against low wages and poor working conditions. The Act was passed by the government of New Zealand and put into effect a system of a minimum wage in 1894. The workers were able to obtain the settling of trade disputes, working hours, wage rates, and working conditions. Other legislation enacting minimum wage laws were subsequently enacted in Victoria, Australia in 1896, South Australia in 1900, and New South Wales, Australia in 1901.

The movement for a minimum wage in the United States took root in nine states in 1912 and 1913. The first state to pass a minimum wage law was Massachusetts in 1912 that was the result of the Lawrence textile strike. Other states passed similar laws over the next two years including California, Oregon, and Washington. Later states such as Utah and Wisconsin through their industrial commissions also fixed maximum hours and working conditions.

It was not until the Great Depression that a minimum wage law was nationally mandated. The Fair Labor Standards Act (FLSA) was passed by Congress in 1938 and signed into law by President Franklin D. Roosevelt introducing the federal minimum wage law. The most amazing aspect of the legislation was that the federal government now enforced a stated amount for worker’s wages. This had never occurred in the history of the United States on a federal levl and was considered revolutionary in its nature. The Act became effective on October 24th, 1938 and set the hourly minimum wage at $0.25 per hour. But the FLSA was only the beginning in establishing federal laws affecting worker’s wages.

In 1947, the FLSA saw a change through the Portal-to-Portal Act in which it settled as to what constituted compensable hours for workers under the Act. This helped to expand the FLSA. The FLSA was further expanded to cover more workers and actually increased the minimum wage in 1949. In that was changed again in 1949 in which the minimum wage went from $0.40 per hour to $0.75 and covering all workers. The amendment of 1949 also saw wage coverage expanded to include the air transportation industry workers. An amendment in 1955 saw an increase in the minimum wage to $1.00 per hour without any changes in coverage.

Other increases in the minimum wage occurred in 1961 to $1.15 per hour and to $1.25 an hour in September 1963. In subsequent years, Congress passed laws permitting other increases in the minimum wage. The most recent wage increase occurred in 2009 when the minimum wage was raised from $6.55 per hour to $7.25. Since then, there has not been a wage increase passed by Congress. There have been federal laws passed that prohibit wage discrimination based on sex or age. These laws include the Equal Pay Act of 1963 signed into law by President John F. Kennedy, the Age Discrimination in Employment Act of 1967, and the Lilly Ledbetter Fair Pay Act of 2009. While the objectives of these acts have been to create a level playing field regarding wages and compensation, Congress has still not been able to raise the minimum wage to a step or two above the poverty level. To matters worse, since 1968, the minimum wage has not been able to keep pace with the increase in inflation. 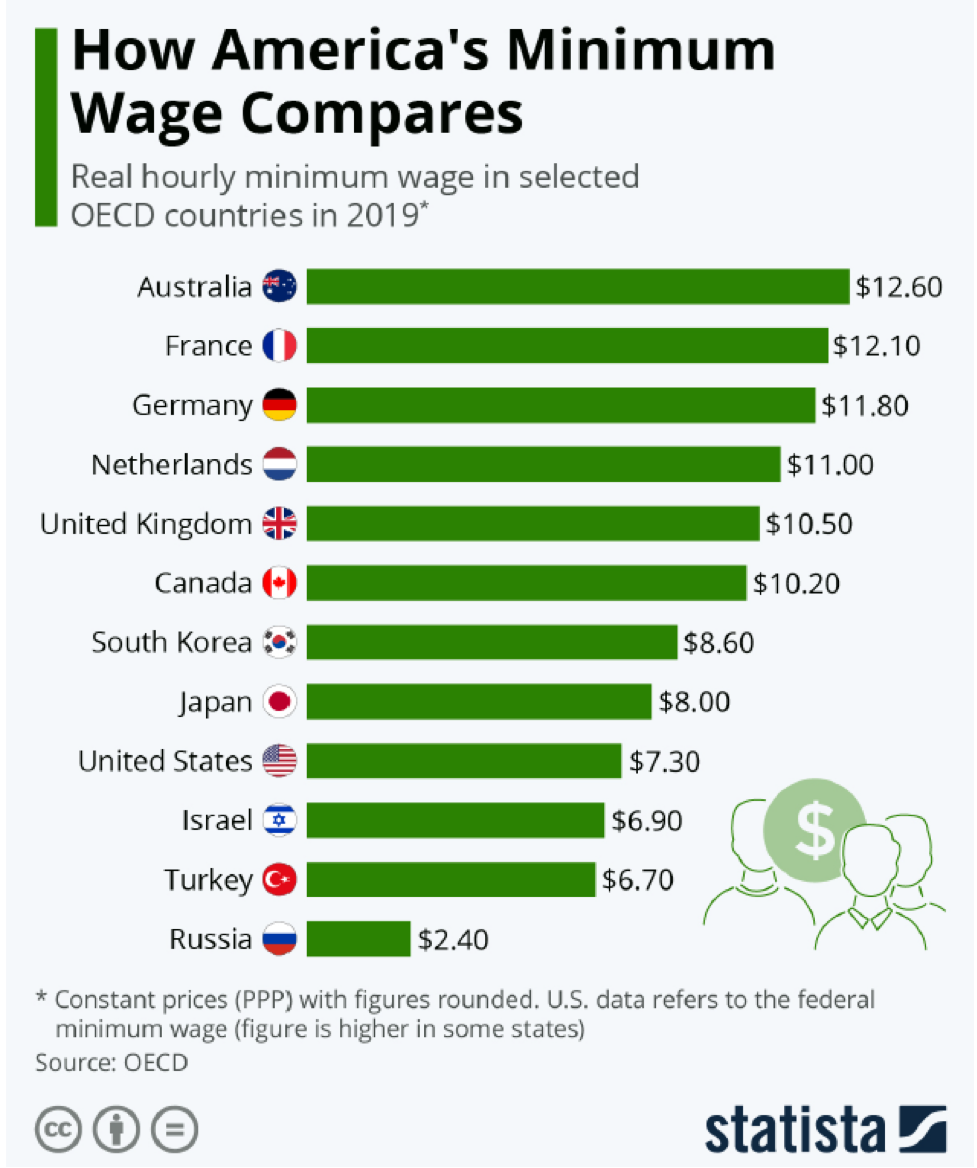 The case for a minimum wage increase

There are a number of reasons why a minimum wage increase is necessary and should be implemented immediately. Among the reasons are:

There are numerous other reasons for raising the minimum wage. However, there are also opponents of the increase and they are well-armed with their arguments. 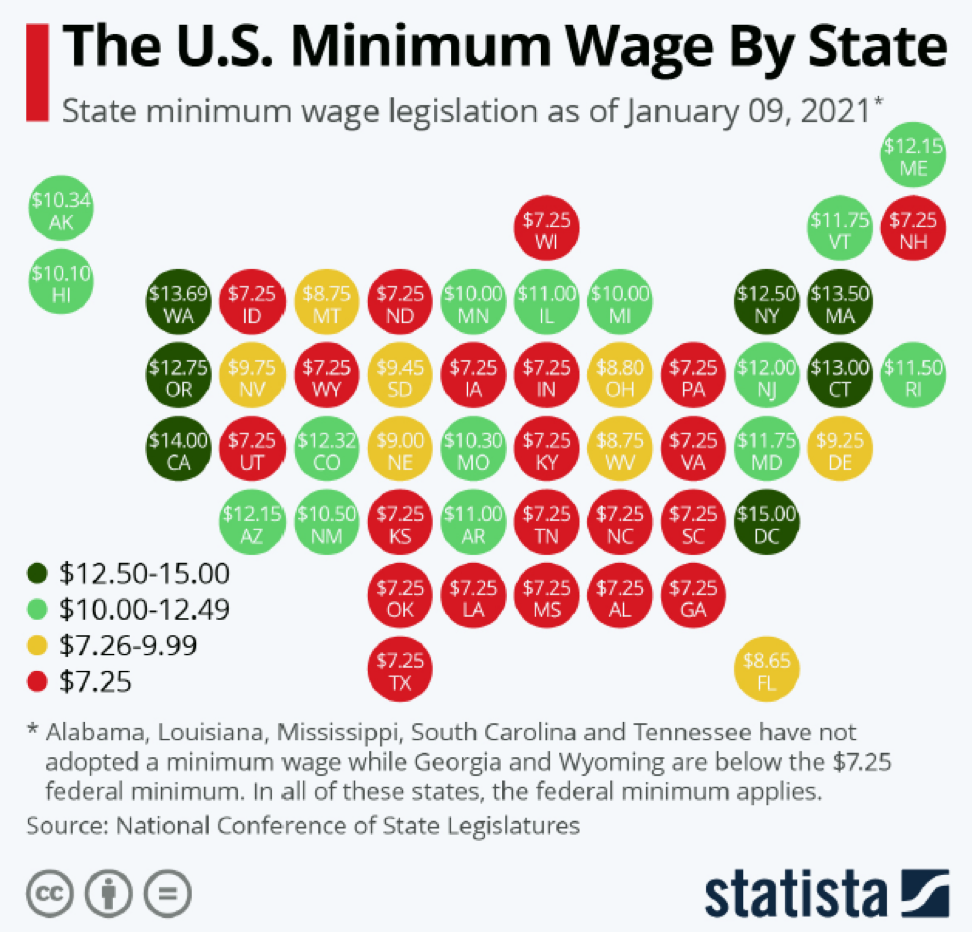 Opponents of raising the minimum wage feel that it would do more harm than good. But these opponents strongly argue that small to midsize businesses would be especially impacted by a minimum wage increase. These reasons include: 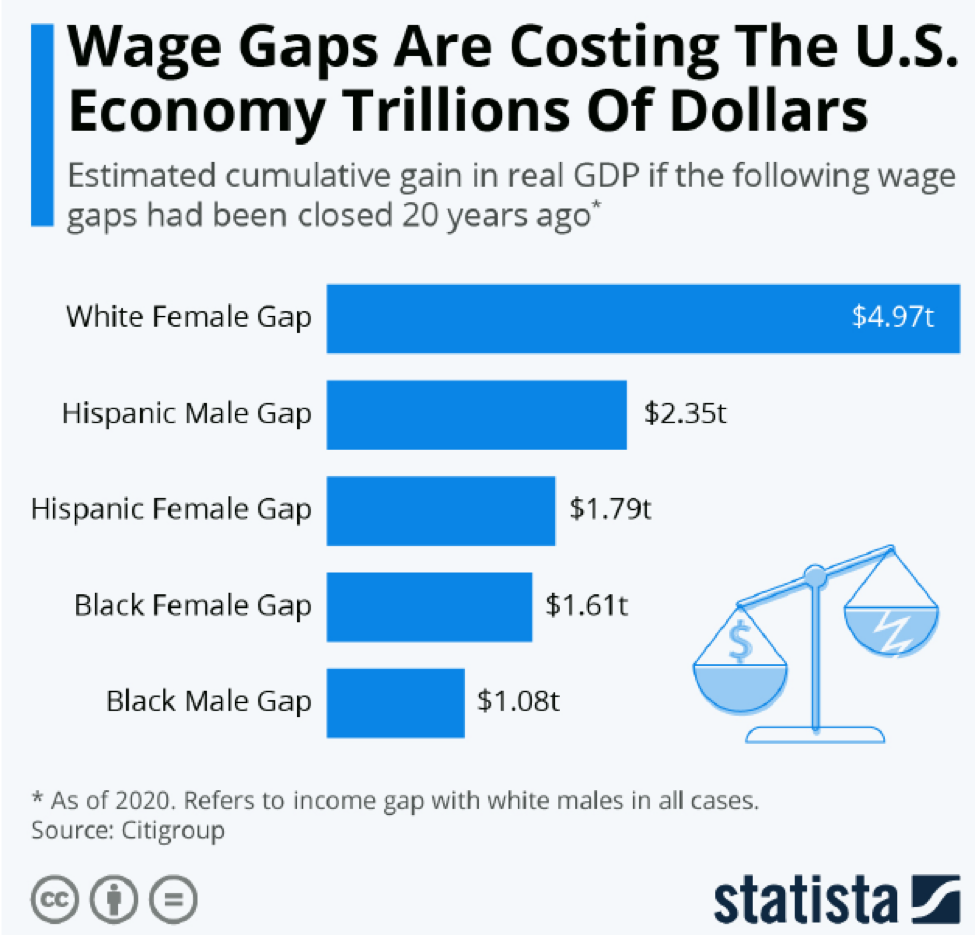 The idea of a minimum wage for workers has long been regarded by business owners, some economists, and policymakers as very controversial. It has long been argued that the market should determine the wages of workers and that the market knows best. But, even with a $15 per hour minimum wage, this concept is not perfect. If there is to be an increase in the minimum wage in the future there would need to be legislation passed by the United States Congress and signed into law by the President. This process takes time and involves playing the game of politics by those for and against a rise in the minimum wage.

A possible proposal would be to raise the minimum wage through a federal law and then allow an annual Cost of Living Adjustment (COLA). The COLA is currently made to Social Security and Supplemental Security Income to counterbalance the impact of inflation. COLA usually equals the increase in the Consumer Price Index (CPI) for a set time period. This adjustment is automatic and does not require any laws passed by the Congress. Workers making minimum wage would not need to worry about if and when there would be a pay hike since it would be written into law that employers would need to raise wages automatically every June 1st based on the COLA of the previous year. Such an idea would eliminate the uncertainty for business owners as to if, when, or how to increase salaries for their workers. If the COLA policy can be used for retirees, why not use it for people currently working.