Adam Smith who in 1776 wrote “The Wealth of Nations”, the Bible of capitalism, which has become the standard economics text for over two centuries, was quick to single out monopolistic tendencies as the most important tool in undermining the virtues of capitalism. It kept the poor poor. The laws that give these capitalist their freedom to exploit the market place, so-called rent-seeking, “may be said to be all written in blood”.

At the moment Amazon is in the firing line for practicing such practices. Indeed, a majority of Silicon Valley companies rent-seek.  Big pharma companies, like Pfizer, which is expecting this year 25% profits on its corona virus vaccine are another.

Rent-seeking is a major cause of wage stagnation among working-class Americans and has much to do with the “deaths of despair”, argue Anne Case and Angus Deaton in their recent, well-reviewed, book, “Deaths of Despair and the Future of Capitalism”.

Poverty in the US is worsening, they write. Suicide rates among middle aged, white, Americans is on the up- in particular among those without a bachelor’s degree. (However, suicide rates among blacks are lower than among whites in this group; black mortality rates have declined.) Drug overdoses from too freely available opioids have risen extraordinarily fast among working class whites. Alcoholism, always a problem with this group, has increased rapidly. This group has also been hit by pandemic-caused unemployment- the relief mandated by the Trump Administration was too on and off to do what should have been done.

We know that President Donald Trump practiced the wizardry of co-opting poor whites. Trump in effect told poor whites that although they might not have much at least they were white. As Martin Luther King observed, the poorer white men “ate Jim Crow, a psychological bird that told him no matter how badly off he was, at least he was a white man, better than a black man”.

White working class men have seen their purchasing power fall. Between 1979 and 2017 they lost 13% of their purchasing power while national income per head grew by 85%. The corona virus pandemic has accelerated this decline in wages. Moreover, wage decline has been joined with job decline- from better jobs to worse jobs.

Other rich countries- in Europe, neighboring Canada, Australia and elsewhere- have not seen an epidemic of deaths of despair nor a long-term stagnation of wages, although they were badly hit for a few years by the Great Recession of 2008, triggered by US bank failure- for which the bankers suffered personally hardly at all while lower income mortgage holders lost everything.

Globalization and technological change, often named the culprits by pundits and academics, do not seem to have had such a bad impact. This suggests that in the US other factors are at work.

The main trigger of poverty and despair is the health care system. Second is the move, more than anywhere else in the Western world, of market and political power away from labor towards capital- the Amazon workers’ ongoing fight to unionize and Uber’s attempt to refuse contracts (recently declared illegal by the UK Supreme Court) to its drivers are two indications of this. Other rent-seekers are doctors, pharmaceutical companies, banks, real estate businesses, car dealers and hedge fund managers. All these have pushed legislatures to give them tax breaks and special deals and regulations. None of these operate in a true free market as described by Adam Smith and most of his economist successors. Reducing rent-seeking would probably do more good than increasing taxes on the rich.

The problems with the health industry go far beyond the opioid scandal. The US spends huge sums of money for some of the worst health outcomes in the Western world. “A cancer at the heart of the economy”, Case and Deaton call it. Robin Hood robbed the rich to aid the poor. In the US it is the other way round.

One bit of good news is the reported improvements among black people. Black lives do matter and since the onset of Martin Luther King’s civil rights protests time has been increasingly kind to black people. Black mortality rates have fallen rapidly. The percentage of blacks with a bachelor’s degree has risen. Black incomes among its working class have not improved as much as they should but non-material advances are plain to see. Discrimination has diminished. Voting power has increased- indeed the black vote in South Carolina assured Joe Biden that he would be the Democrats’ presidential candidate. The gate to becoming middle class has opened. Health has improved. Intermarriage has become acceptable. (Gallup refers to this as “one of the largest shifts of public opinion in Gallup history”.) The number of black politicians has risen very fast. Black people have held important positions, often enough the top positions, in the White House, the cabinet, the government agencies, the military, the police, the civil service, multinational companies, schools, universities, broadcasters and newspapers. (Yesterday the Los Angeles Times appointed a black journalist as its editor in chief.)  When Barack Obama became president it looked like a big divide had been crossed.

This, presumably, is why the suicide rate among poor blacks is much less than among poor whites and why the resentment of poor whites that Trump drew on increased. As poor whites see it, they live on a downhill slope. For blacks there is the benign feeling of progress. Of course the pandemic has shaken things up for everybody but doubtless once it has ended the US will return to where it was two years’ ago.

Enter Joe Biden, stage left. He has promised to correct these grave malfunctions in American society. Indeed his multitude of planned reforms are already underway- from tax rises for the rich to universal kindergarten provision for all.

Nevertheless, for him to change norms that are deeply embedded in American society will be extraordinarily difficult. There is an inbuilt wall of resistance, from banks to hospital insurance companies. Free market capitalism was high jacked by special interests a long time ago and those interests are entrenched in the body politic. It is imperative that they be dug out.

For this Biden needs to win over poorer whites, many of whom voted against their own economic interest and went for Trump. Biden has to persuade poor whites that he is on the side of all the poor, and that he stands for their economic progress. If successful that will ensure him a Congress that gives him a future majority and ensures a Democratic victory at the next presidential election.

As for the blacks, he needs to hold on to their support, keeping their upward trend going, not least in non-material things- improved education, health care, unemployment and social benefits, the housing of the homeless and encouragement to rebuild trade unions.

Biden must lift all boats among the working class. It is an immense challenge. But it is possible. 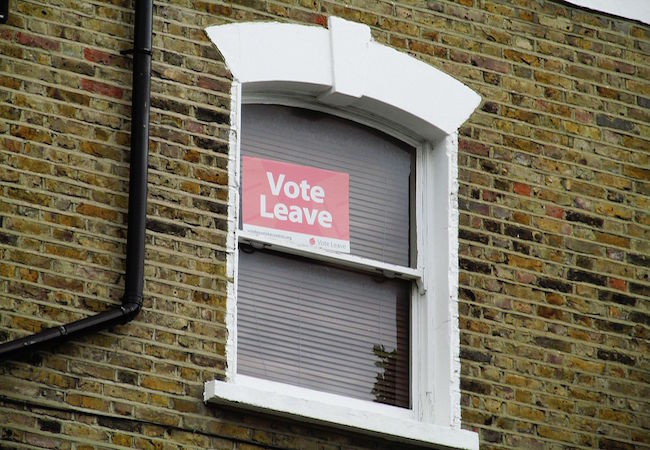