Russia’s unprovoked invasion of Ukraine will have more than geopolitical and military implications. There will be disruptions of financial and economic markets due to the suddenness of the invasion and the potential for further escalation into other nations in Eastern Europe that are now part of the North Atlantic Treaty Organization (NATO). Russia, under its president Vladimir Putin, is taking a huge gamble by invading Ukraine since the European members of NATO will feel imminently threatened by the invasion. The United States, under President Joe Biden, will not take the invasion lightly and use economic and financial sanctions in order to fight Russia and make it regret its actions. Putin will not concern himself with the actions of NATO, Europe, nor the United States but instead do what he can to bring Ukraine back into the sphere of influence of what was once the Soviet empire.

But keeping such an empire was an expensive proposition for the Soviet Union and along with trying to maintain a sizeable military it just was not sustainable. Back in the day, the Soviet Union was not a major economic nor financial giant and it had serious problems trying to maintain its economy. Today is no different and with the economic and financial sanctions that have been imposed by the European Union and the United States, Russia will suffer severe consequences that will likely cause its economy to shrink considerably in the short and long term.

Impact on the financial markets

Markets in general, and stock markets in particular, do not like bad news. In fact, stock markets will react instantly and negatively to bad news. In this case, it will be the invasion by Russia into Ukraine and the loss of life as a result of the action. Investors will seek liquidity by selling their holdings and go to those investments that offer safety and are considered as low risk assets.

This will include Treasury Bills that are backed by the full faith and credit of the United States federal government. These financial instruments are safe havens that investors will buy either directly from the federal government or purchase on secondary markets. This flight to safety will offer investors an opportunity to safeguard their principal investment even if the discount rate is at or near zero percent. Even if the discount yield hits negative territory, investors really will not care as long as they have the ability to get their principal back. The negative discount yield could be regarded as a fee by the federal government for holding the investor’s cash.

The global stock markets will see a high degree of volatility and at best will take wild swings between positive and negative territory. At worst, most stock markets will end up in negative territory since investors will want to liquidate and place their monies into Treasuries, stable money market instruments, or gold. On Thursday, February 24th, the day of the Russian invasion into Ukraine, the Dow Jones Industrial Average (DJIA) saw an opening with a more than 800-point drop. Investors were spooked by the actions of Putin and sought safety due to the high degree of uncertainty. The DJIA was able to land in positive territory at the end of the trading day. The S&P 500 Index saw a drop of more than 2 percent but was able to rebound and end positively at an increase of 1.5 percent. Finally, the NASDAQ saw a 3 percent drop in morning trading which is considered bear market territory but finished the trading session up 3.3 percent. It is bad enough that the stock markets are having an overall poor year so far, but this action by Putin does not make matters any better.

The actions of the invasion of the next few weeks will better tell how the financial markets will react and what investors will do. 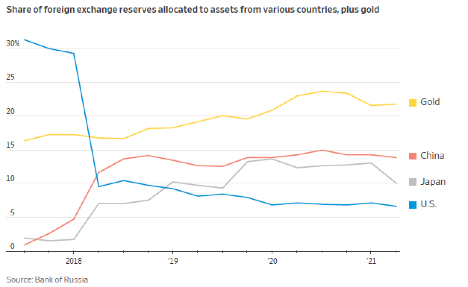 Impact on the oil markets

Even though many nations are moving away from fossil fuels, oil is still a key source of energy and commands influence on world markets. Russia’s economy is heavily based on oil and it has used this resource to sustain itself and brings substantial financial capital into the nation’s coffers. The problem for Europe is that nations such as Germany have become heavily dependent on the oil resources as well as the natural gas that comes from Russia. Major European energy firms such as British Petroleum, Shell Oil, and TotalEnergies have significant oil producing operations in Russia as well as capital investments. These companies, among others, need the nearby oil resources that Russia provides in order to help Europe grow and sustain its economy.

The problem is that Putin knows this all too well. He realizes that Europe needs the oil and natural gas or else there could be serious and dire economic consequences such as the halting of manufacturing enterprises. Companies such as Shell Oil have invested billions in financial capital into Russian energy projects. For example, Shell, as well as several other energy companies based in Europe have rendered financial assistance to the $11 billion Nord Stream 2 pipeline to Germany. Germany needs this source of energy in order to heat homes and keep its industries in full production mode.

But the problem is that the United States and the European Union have imposed economic and financial sanctions on Russia as a result of the invasion of Ukraine which could cause European-based energy companies to suffer severe losses in their investments. This could cause these companies to lose their financial investments, hurt their cash flows, and cut or turn their profits into devastating losses. Europe does not have vast sources of energy or even local oil resources. The Europeans must import energy or shut down. This shutting down of oil and natural gas will cause prices of these energy sources to increase at a very dangerous rate. One that will cost Europeans and become a possible recurrence of the Energy Crisis of 1973-74. Since Russia is the globe’s third largest producer of oil and the second largest natural gas producer, Putin knows that Europe needs Russia in a desperate way.

The Americans will also feel the oil pain because if war breaks out in Eastern Europe, the price of a barrel of oil could see a huge increase in world markets. For example, it could likely mean pain at the pump as drivers would see a gallon of regular gasoline reach $7.00. Oil markets would react with higher prices based on the anticipation of global shortages and Russia possibly turning off the spigot in order to get higher prices so as to pay for its invasion of Ukraine. This will very likely cause the price of food and products that use oil to skyrocket by this summer. 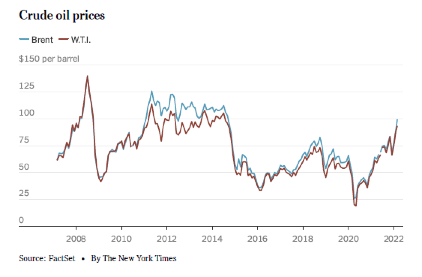 The Russian ruble will see a dangerous devaluation on the world currency markets as a result of the invasion of Ukraine. The foreign exchange markets have lost any faith they may have had in the Russian ruble and will look to dump it as soon as possible in order to cut their losses. This is the result of the powerful Western economic and financial sanctions against Russia.

As of February 28th, the ruble hit an all-time low of 1 Russian ruble equaling 1ȼ U.S. the problem for the ruble is that if things get worse in terms of more economic sanctions against Russia or that the conflict in Eastern Europe spreads to other areas, then the ruble could fall even further. This will make it worse for the Russian people who will see inflation go even higher and make it such that possibly a loaf of bread could cost $200 to $300 each. This will also possibly mean that Russian merchants will only accept U.S. dollars or Euros rather than Russian rubles. This could eventually lead to a total collapse of the Russian economy and to rioting in the streets of Moscow and other major cities if Russians cannot feed themselves or their children.

The Bank of Russia has taken action to counter the swiftly sinking Russian ruble by taking measures in order to protect the nation’s banking system. Foremost among these measures is the raising of benchmark interest rates from 9.5 percent to 20 percent early on the morning of February 28th in order to attract savings into banks in Russia and take money out of circulation. This is being done in order to prop up the value of the ruble and lower the dangerous inflationary spiral that will occur in Russia’s economy. To make matters worse, Russian banks have been targeted by economic sanctions from Western nations and have been cut off from international financial markets. 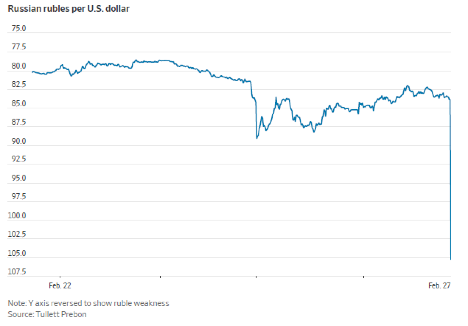 Putin’s move into Ukraine will prove to be a pure, unmitigated disaster for Russia. The unwarranted invasion will cost Russia not only in terms of lives, but any degree of international prestige it wishes to have, a diminished diplomatic role in the global arena, and severe economic and financial impact on its people. Russia was not in the best economic and financial shape before its invasion of Ukraine due to a shrinking population, the effect of Covid-19, and an economy trying to rebound from being shut down for two years because of the coronavirus.

Now due to Putin’s ill-conceived strategy to take over Ukraine, Russia is paying a heavy price from both an economic and financial perspective. While some analysts have been saying that Putin has been preparing for this invasion for a number of years, in terms of monetary reserves of over $600 billion, this may not be enough if the situation gets only worse. Putin may not have expected the reaction of Western nations to the invasion as well as the level of resistance by the Ukrainian people. But, perhaps more importantly, Putin may not have expected the economic and financial consequences of invading Ukraine to Russia’s people. Or perhaps the real question should be:

War can be abolished