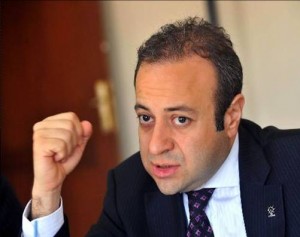 Turkish citizens will be able to travel to EU countries with no visa requirement in three years at the latest, says Turkish EU Minister Egemen Bagis on Wednesday during a technology forum in Ankara.

However, as a condition to get visa free travel to the EU, Turkey will simultaneously sign a readmission agreement. This agreement states that Turkey agrees to process illegal immigrants who entered the EU through Turkey and who will be expulsed from the EU. There is no indication on the numbers of illegal immigrants Turkey would have to process when this agreement comes into force.

Turkey has been working on a visa exemption program with the EU for a long time and Turkish foreign minister, who is in Brussels attending a meeting of NATO Foreign Ministers, will try to set a date with the European authorities to sign the agreement, Bagis told reporters.

“The readmission agreement and the visa exemption agreement will be signed at the same time,” he said. “Turkish citizens will be able to travel to the EU countries with no requirement in three years at the latest.”

Bagis said it is a process and there are steps to be taken by parties but would not give details.

On the technology issue Bagis said, “We are getting prepared to distribute tablet computers to our 16 million students and this is the most comprehensive education technology being carried out throughout the world.”

NATO calls for dialogue in Ukraine