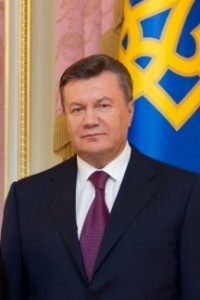 Ukranian President Viktor Yanukovych has approved a plan of signing an agreement with the in March 2014, former Ukrainian president Leonid Kravchuk announced on Tuesday.

Ukraine will speed up the work on the conditions on which it is ready to sign an association agreement with the EU and is hoping to complete this work before the next Ukraine-EU summit, which is scheduled for March 2014, said Viktor Yanukovych on Tuesday at a meeting with his three predecessors, Leonid Kranchuk, Leonid Kuchma and Viktor Yushchenko.

“We have sent the government a task to speed up this work. As soon as we reach an understanding and such a compromise is achieved, it will be signed,” Yanukovych said during a meeting with the three previous presidents of Ukraine in Kiev on Tuesday.

Yanukovych claimed that he and his team remain determined to seek closer ties with EU.

“I have said repeatedly that since 1997 the program of the Party of Regions has had the integration of Ukraine into European space as a strategic objective,” Yanukovych said during a pan-national roundtable in Kiev on Tuesday.

A Ukrainian delegation will likely leave for Brussels on December 11, Yanukovych said.

“Our group led by First Deputy Prime Minister Arbuzov will most likely leave for Brussels tomorrow and the work of the joint Ukrainian-EU working group will begin,” he said while meeting with the previous presidents of Ukraine on Tuesday.

“Our purpose is very simple: we want to get conditions that will satisfy Ukraine, Ukrainian commodity producers, and the people of Ukraine now,” Yanukovych said.

“These questions will only be answered when we conduct these negotiations, when we tell each other the truth. If the conditions don’t satisfy us, we will demand changes, we will defend our interests: We need to minimize the risks for our economy,” Yanukovych said.

Ukrainian President Viktor Yanukovych will arrange the release of protesters arrested during demonstrations in Kiev, a former Ukrainian president announced on Tuesday.

“The president of Ukraine, without interfering in the work of judges, will arrange the release of the people who are in custody today,” but this does not mean criminal proceedings against them will be quashed, Leonid Kravchuk, who was Ukraine’s first post-independence president, told a roundtable in Kiev.

Other participants in the roundtable were Oleksandr Yefremov, parliamentary leader of the ruling Party of Regions, Maryna Stavniychuk, a presidential adviser and head of the constitutional and legal modernization department of the presidential administration, and lawmaker Volodymyr Lytvyn.

“Russia now agrees to discuss this issue because there are also problems with the loss of the Ukrainian market, the loss of the economy there,” Yanukovych said while meeting with the previous presidents of Ukraine on Tuesday.

Yanukovych said the Ukrainian administration is now working on resolving all problems with Russia, primarily the gas problem.

“Ukraine just can’t pay the price on gas that has now been established,” he said.

The chairperson of the State Duma Security and Counter-Corruption Committee, Irina Yarovaya, believes that the situation in Ukraine is following a dangerous scenario because calls have been voiced in favor of a revolution and violent measures.

“National security is made up of multiple factors, the most important of which is the commitment to rule of law and sovereignty. That is why any calls in favor of a revolution and violent actions, especially if they are fueled by outside forces, are invariably dangerous both for Ukraine and its citizens,” Yarovaya told reporters on Tuesday.

All of these acts ruin the foundation for the country’s national security, she said.

The State Duma, the lower chamber of Russia’s parliament, plans to adopt a statement addressing the present situation in Ukraine at its session on Tuesday evening.

All of the Duma factions voiced their support for this document at the chamber’s morning session.

In this statement, Russian parliamentarians call on the sides in Ukraine’s standoff to tackle all of their differences in accordance with the constitution and national legislation and refrain from taking any unlawful measures.

Blast near US embassy in Kabul 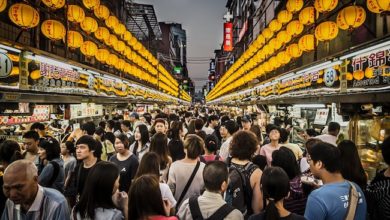