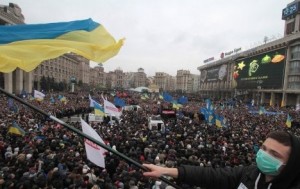 Russia is likely to be booted out of G8 over the Ukrainian crisis as the other seven members are considering to choose London as an alternative meeting place for a G8 summit planned in Sochi, sources from the German government were quoted by media as saying on Saturday.

Seven members of the G8, namely Canada, France, Germany, Italy, Japan, Britain and the United States, are preparing for a meeting without Russia, according to Spiegel reports.

The British government suggested London as an alternative meeting place for a G8 meeting that includes Russia and had been scheduled to take place in Russia’s Sochi in June. Other G7 members expressed goodwill to the propose, German government sources were quoted as saying.

Germany reportedly would also cancel the German-Russian government consultations planned to be held in Germany’s Leipzig in April if Russia does not change its path in relation to the crisis in Ukraine’s Crimea.

A spokeswoman of the German government told Xinhua on Saturday that Germany, in agreement with other G7 countries, has suspended preparations for the G8 summit in Sochi, but said no other decisions has been made besides that.

German Foreign Ministry spokesman declined to comment on the report.

The G7 as well as the European Council and the European Commission issued a joint statement On March 2, blaming Russia’s position on Ukraine and declaring suspension of their preparations for the Sochi summit.

On March 6, Crimea’s Supreme Council decided to hold a referendum on March 16 on whether to join Russia or remain part of Ukraine as an autonomous republic.

Leaders of the G7 member states said on Wednesday that they would not recognize the results of the referendum, according to a statement issued by the White House.

Venezuela breaks relations with Panama as its economy shivers

India and its international relations