Interview with Adfar Shah, a scholar on Asian Affairs based in India

Peter Tase: How do you envision the US – India Relations and what are the main areas of cooperation between both the countries?

Adfar Shah: India and the US have a congruence of interests – liberal democracy, secularism and tolerance for diversity – which drives their relations. The United States of America is still the second largest importer of Indian goods and its economy is linked to India through the globalized economic system. India needs US cooperation in the field of science and technology (to include disaster management, weather forecasting and agricultural research, aviation, machinery and education). India’s diaspora in the US is the largest segment of Indians outside India, which provides a valuable inflow of foreign exchange. In terms of soft power, India is one of the largest markets for the US; the Indian middle class, reputed to be 300 million strong, this middle class is the greatest potential market for US goods. The expatriate student community of India in the US is the largest and Indian Americans among the richest individuals in the US. Indo-US military cooperation extends into the field of military manoeuvres, training exercises, sale of lethal and non-lethal equipment, etc.  After the disintegration of the gigantic USSR, US emerged as the major super power at the global level. Since 1990, there has been a great shift in India’s policies towards the US. Since then India has become the major trading partner with the US where certain relations and deals took place with respect to education, minerals, science and technology, IT sector and, most importantly, the “nuclear deal”. These, even though they strengthened the Indo-US relations, and since 2000, it was seen that both countries effected some good tie ups that no other Asian country except India, had. Furthermore, certain points supporting this argument are given below:

PT: What has been the economic growth of India, who are the largest trading partners of India in World?

AS: India’s economic growth from Independence until the Eighties remained pegged at 3-5 %. In 1991, India opened its economy and adopted a new model of privatization and capitalism (LPG reforms), as a departure from its past socialist practices. In the first decade of the 21st century, the average growth was 7-8 % and reaching as high as 9 %. Infusion of Foreign Direct Investment in an opened economy ensured sufficient cash flows.  However, in a globalized world the effects of the downturn of the US and European economies and increased cost of energy, affected India adversely. India’s close grouping with the BRICS (Brazil, Russia, India, China and South Africa) has helped tide the crisis to some extent but the economy will remain at 4.6 to 6 % for some years, which is better than many economies around the world. The largest trading partners of India remain China, US and Japan. Lastly, India is considered a strategic partner to counter the influence of China in Asia and the Indian Ocean Region (IOR). However, India has very strong economic and commercial relations with the US, Switzerland and Mexico.

Explanation: There was nationalization of banks in two phases and that was a big achievement of India in the 1960’s and 70’s.India is going to be a major player in BRICS with the objective of setting up a BRICS bank. the country is allowing the FDI up to 100% in telecom, insurance, retail and hospitality, banking, aviation, etc. Such developments have led to the settlement of balance of payments (BOP) of India in global markets and infusion of foreign capital has led to the stardom of Indian currency, which was otherwise undervalued and depreciating fast.

PT: How are the relations between India and the European Union and NATO, Is there an opportunity to strengthen Defence cooperation and Training of Indian Forces in NATO bases or any other project of cooperation between both regions?

AS: India and the EU have common bonds based upon mutuality of interest in promotion of liberal democracy, secularism and human rights.  A two-way trade in goods and services totalled €86 billion in 2010 – or roughly €235 million per day – and has continued to expand in 2011 when the two-way trade in goods alone reached €80 billion. NATO’s strategic philosophy was designed to counter the Soviet Union which is not as relevant today. However, NATO’s involvement in anti terrorist operations and GWOT is in keeping with India’s strategic interests. In future, I presume NATO will play a role in countering China’s growing militarism, which is in convergence with India. India depends very largely for high-end military technology from EU countries as also for research and development. The aspect of offering bases to any country is alien to India’s strategic outlook, which could only change if the threats are perceived in a way so that India is incapable of confronting them only with its armed forces.

Explanation: This is the era of bilateral trade agreements. I See India –EU not more than as the Free Trade Agreement (FTA), for business in the west. Currently various cooperative models are being worked out but simultaneously there are criticisms as well seeing the attack of foreign commodities on the local goods, employment opportunities and markets.

PT: What are some of the energy projects in order to secure India’s energy independence in the next 4-5 decades?

AS: For this we need to go into the geopolitics of energy and requirements. Like China, India is also in a race to increase its energy stocks. We are continuously trying to enhance our energy efficiency. Besides, renewable sources of energy, coal and crude oil continue to be our energy targets and the fact remains that we have a lot of energy needs (currently we are fourth in the ranking of global consumption) and our country currently imports about 70% of its energy needs. We are definitely in need of a vital energy security. The vital Energy issue is nowadays understood as a `strategic commodity’. India is currently using a lot of thermal power energy but there is need for planning strategy for solar energy. Besides, the country has initiated many projects on hydro power. Frankly speaking, India can secure its energy independence soon provided we have ample resources to explore our waters and other natural resources.

PT: How are the bilateral relations between New Delhi and Latin America, given the fact that only recently India became one of the 30 observing members of the Pacific Alliance, which is led by Chile, Mexico, Colombia and Peru?

AS: Relations are driven by economic factors and the political and diplomatic strength of the large number of nations from Latin America who is part of the United Nations. The emergence of Brazil as an economic power and its membership in BRICS, in which India is a member, has helped my country to focus more in its interests in Latin America. In future India would seek support of maximum Latin American nations if it seeks to become a permanent member of the UN Security Council.  On the other hand, India is maintaining good ties with NAFTA.

PT: How do you see the India’s rising military power in a global perspective?

AS: India’s perceived rising military power is more for self-defence and the protection of its interests in it’s ‘near abroad’ region. It has some of the longest land borders in the world which need to be manned and protected. Similarly, its naval power is designed for protection of maritime interests, cooperation with other navies to counter piracy and ensure that Sea Lanes of Communication are kept open for maritime trade. The use of air power for protection of India’s strategic interests includes large strategic airlift capability. Being a nation prone to natural disasters, the role of a professional military for disaster mitigation is a necessity. (India is currently ranked as the 27th nation globally with best counter disaster management policies and strategies).

Explanation: India has maintained its military power and given it the shape of the third largest army in the world. Furthermore, the two wars fought with China and three with Pakistan, are the major episodes that prove how Indian military power has been rising. Now India is a significant military and nuclear power, and today Indian military power is something that cannot be undermined. 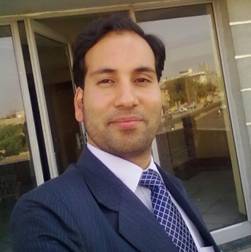 Adfar Shah, hails from India’s central Kashmir, is currently defending his doctoral dissertation with a theme “Muslim Endowments and Society in Kashmir” at the department of Sociology, Jamia Millia Islamia, New Delhi-India’s reputed central university. He completed his Bachelor in Education Degree, SET and Masters in Sociology, from the University of Kashmir, India. Adfar shuttles between New Delhi and Kashmir, writing on South Asian societies and politics for several prestigious publications like Eurasia Review, Analyst World, South Asian Idea, Countercurrents, Amazons.com, Kashmir Monitor, Kashmir Images, Point Blank 7 and other web portals and newspapers.  Currently he works as a research fellow at SNCWS, Jamia Millia Islamia, New Delhi where he continues to understand the gender question. Besides being a freelance journalist, his core interests are South Asian politics, conflict in Kashmir, Military sociology, Indian Military Apparatus, Afghan – Pakistan tensions and Muslim identity issues. The author has about 65 academic publications and hundreds of conceptual articles to his credit. His upcoming book titled “The Indian Lens of South Asian Politics” actually his collection of articles on Kashmir, Pakistan, Afghanistan, Middle East, War on terror, is under print at Dictus Publishing House, Germany.

G8 likely to boot out Russia over Ukraine crisis: media

Statement by the White House Press Secretary on Ukraine