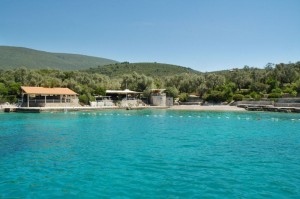 The first inter-state relations between Montenegro and Russia were established back in 1711. In the fight against the Ottoman Empire Montenegro survived by relying on Russian assistance. Three hundred years later, these relations persist with the difference being that instead of military cooperation the present relation is characterized by economic and tourism cooperation between the two countries. The first serious wave of Russians in Montenegro arrived ten years ago. They came first as tourists and then as buyers of real estate. Now comes a new phase, in which more and more Russians are choosing Montenegro as a place to live. It is estimated that in Montenegro currently live about 15,000 Russians, who have their own schools, cultural communities, restaurants, as well as their newspaper and Russian radio, while their are regular tax payers. The largest Russian community is in Bar, Budva and Bokikotorskoj and a number of them is in Podgorica.

Russians of late have discovered Montenegro as a tourist destination. The more serious arrival of Russian tourists was registered only after 2000. After the Montenegrin referendum on independence in 2006 the Russians were no longer just tourists. They began to buy property and start their own businesses in Montenegro. It is estimated that between 2007-2009 Montenegro had around about 20,000 Russian citizens. Those on the coast and Podgorica own between 30,000 and 60,ooo housing units. During the tourist season, between May and September Russian arrivals to Montenegro reach about 180,000 people.

The reasons why Russians choose Montenegro for permanent residence, in addition to the beautiful climate, are also economic. They chose to set up their businesses in Montenegro, mainly beacause of the cheap lifestyle and an escape from the fast and expensive life. It should be emphasized that the Russians in Montenegro are somehow forced to engage in a business activity because it is the surest way to obtain a residence permit since owning property is not enough. It is generally the biggest criticism of Russians residing in Montenegro. Permanent residence can only be available to those who have a work permit and are residing in Montenegro for five consecutive years. Owning real estate is not enough and the Russians are forced to start their own business because otherwise they are limited to stay only one month at a time. Russian citizens are owners of 32% of the foreign companies in Montenegro.