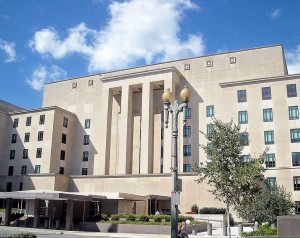 Today, in response to Russia’s continued actions in southern and eastern Ukraine, the United States is implementing additional restrictive measures on defense exports to Russia.  Accordingly, the Department of State is expanding its export restrictions on technologies and services regulated under the U.S. Munitions List (USML).

Effective immediately, the Department’s Directorate of Defense Trade Controls (DDTC) will deny pending applications for export or re-export of any high technology defense articles or services regulated under the U.S. Munitions List to Russia or occupied Crimea that contribute to Russia’s military capabilities.  In addition, the Department is taking actions to revoke any existing export licenses which meet these conditions.  All other pending applications and existing licenses will receive a case-by-case evaluation to determine their contribution to Russia’s military capabilities.

The United States will continue to adjust its export licensing policies toward Russia, as warranted by Russia’s actions in Ukraine.  We urge Russia to honor the commitments it made in Geneva on April 17 to deescalate the situation in Ukraine.

“Russia’s dangerous and inflammatory actions against Ukraine are illegal and illegitimate. Since Russia has refused to follow through on its Geneva commitments, today the United States is following through on its statements – we are imposing additional costs against Russia, including sanctions on individuals in the Russian leadership’s inner circle and 17 entities closely linked to previously sanctioned members of the inner circle. Today’s targeted actions, taken in close coordination with the EU, will increase the impact we have already begun to see on Russia’s own economy as a result of Russia’s actions in Ukraine and from U.S. and international sanctions. Russian economic growth forecasts have dropped sharply, capital flight has accelerated and higher borrowing costs reflect declining confidence in the market outlook. Our goal continues to be for Russia to deescalate the situation so that additional sanctions are not needed. However, we are resolved to continue to work with our international partners and take the steps required, including action against individuals and entities in specific sectors, if Russia continues to press forward.”

Venezuela begins to recover from its inflation and economic collapse