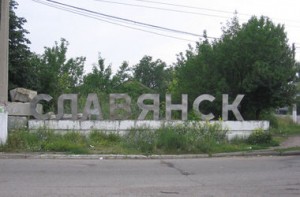 Ukrainian government forces announced they had liberated Slavyansk, a strategic stronghold of pro-Russian separatists which had been under their control for more than three months.

The city was taken in a renewed offensive after President Petro Poroshenko had announced a one week ceasefire. The offensive was started as an anti-terrorist operation in the direction of Donetsk and Luhansk regions of Ukraine where the rebels set up their self-proclaimed state.

According to the Ukrainian media, the government forces entered the city on Saturday after the rebel forces withdrew the previous night in what separatists called a “tactical retreat.” It was also reported that the rebels also abandoned their positions at Kramatorsk and several other smaller cities in the vicinity. An official from the General Staff of government forces Viktor Muzhenko stated that Ukrainian forces successfully destroyed one tank, two fighting vehicles and two APCs in the process. Ten rebels were reported killed, 15 wounded. In the meantime, Igor Strelkov, the commander of the rebel forces stated over the course of the past month that Ukraine used heavy artillery that his forces would not be able to withstand for long.

The city of Slavyansk came under siege when Ukrainian forces managed to surround it to prevent inflow of arms and weaponry from outside. Thousands of city residents were allowed to flee due to the lack of water and electricity supply which were cut off in June.

The separatist authorities claim that they left the city to strengthen their positions in the more important city of Donetsk. If the Ukrainian forces seize the routes and stop any flow of military support to the rebels in the city, Donetsk would face the same fate. Although Strelkov had publicly asked for help from Moscow in a series of interviews to Russian media, Kremlin had only extended non-military assistance by engaging European partners in negotiations to end the war.

Russia may face more sanctions if it openly offers military assistance to the separatists. Although Russia explicitly supports the idea of creating Novorossiya at the expense of Ukrainian territories, it may not be able to establish the same kind of a frozen conflict and Russian protectorate it had created in Abkhazia and South Ossetia, both internationally recognized territories of Georgia. It seems Kremlin’s best strategy in these circumstances will be using the rebels to engage Ukrainian forces in a guerrilla warfare and elimination of strategic objects, both military and manufacturing.