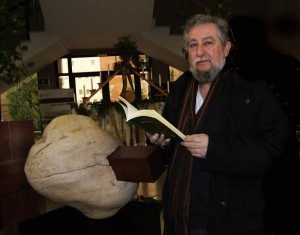 I wanted to arrive to the essence of poetry, to isolate the core, to unveil details. I wanted to find poetry vibrating amongst things, situations, looks… All this was for me a constant concern since the 70s when I began writing poems. My quest for the essential took me in 1984, without sacrificing other methods, to explore the minimalist art that was arriving at that time from USA. This art form found expression in several of my visual works. My formula for poetic-visual creation “minus is plus, or viceversa” appeared in my book La Frontera del Infinito –Poesía Minimomaximalista—(The Frontier of Infinity – MinimalMaximal Poetry) (University of León, 2005).

But while I managed to reduce to a minimum “the essence” of my visual poetic creations, I kept feeling there were too many words in my poems; the more I tried to express my thoughts, the more they escaped me in the flow of words, the essential intuition, the effect of an intense experience. Several times I asked myself where that ideal of pure poetry that many literary movements advocated in the past could be found?

I knew haiku existed. I also knew that some avant-garde writers of the early twentieth century wrote haikus, but I had never noticed the potential of this type of poetry. It was not until 1990 when I discovered the spirit behind the haiku’s creative technique, coming from the Far East, and coinciding with some of my insights and creative desires.

At that time, I was the coordinator of the poetry section of the Writing Workshop Barcelona-TEB- founded by the Argentinean writer Zulema Moret. We were lucky that a monk from a Zen monastery near Paris invited us to organize a seminar on the practice of haiku and Japanese calligraphy. I don’t remember his name, but I will never forget him. I must say that at first glance, I was a bit surprised by his looks. He was somehow careless, wearing a checked cap to cover a wide bald spot. His way of talking was essentially wise. He was, as he told us, an ex-professional from Argentina, who had lived for many years in Paris, but after some bad professional experiences and a frustrating love life, he took refuge in a monastery to engage in the practice of Zen and mystical contemplation.

Just the idea of spending a week together, in contact with Nature, and practicing Zen, appealed to us all. We rented an isolated house located not far from the Montseny, a mountain range west of the coastal hills north of Barcelona, our place of residence. We moved way from the city noises and were surrounded by mountains and silence, just when spring was beginning. Silence broken only by the chirping of birds.

The next day at dawn we began our Zen practice. To our surprise, the monk appeared dressed in the characteristic black dress of his community with his head shaved and bare feet. He began to speak slowly, unhurriedly, making more credible some of the ideas and proposals that he had previously communicated to us. The saying “ the clothes make the man” was very fitting on this occasion.

One of our practices consisted in creating haikus inspired by the outbreaks of nature that we had before our eyes. Spring was beginning. Beyond speeches, and intellectuals journeys, the monk invited us to practice the letting go, a relaxed wandering, feeling concrete sensations, minor details or, if happened, small moments of enlightenment where the self is able to vibrate, live, dissolve, and identify… with the Cosmos.

After that and other practices that followed, I discovered that the haiku could be a tool for a general awareness of the passing of life. In the practice of haiku, the experience of the I coincides with the experience of the universe. The self is experienced as something that is diluted in the general flow of reality, a reality that is inside and outside simultaneously.

It is an experience that becomes verb, words. But a minimum expression, exact, that prevents any discourse. A selflessness expression, extra personal, or suprapersonal. Expression in which subject and object are fused, they blended together, in the sensation, in the experience. It is no longer the I, but nature, the world, the humanity… speaking. And after my first incursions into the theory and practice of haiku, suddenly I understood the meaning of a well-known Basho’s haiku that escaped my attention:

a frog leaps in

Later on, writing haikus became one of the most frequent practices in my poetry workshops, as well as in my own practice. I recommended haiku to my students and use haiku myself as the best remedy for verbal excess. The Mexican poet José Juan Tablada, a pioneer in the practice of haiku in Spanish, once said that he was satisfied for having written his haiku-like poems entitled “Synthetic Poems,” “if only as a reaction to the scruffy rhetoric.”

I discovered haikus in the work of other Hispanic authors besides Tablada, such as Jorge Luis Borges, and was joyfully surprised to see the attention paid to this genre by Octavio Paz, one of my favorite authors, and to whom I feel indebted. One of the so-called avant-garde poets, Joan Salvat Papasseit, wrote a magnificent calligram based on a haiku in which words and black letters are arranged in such a way that recalls the winding path of a group of ants in orderly formation. “Camí the sun, per les rutes amigues, unes formigues”

(On the sunny path, through friendly routes, some ants)

[Reproduced in a facade. Barcelona]

A classic haiku consist of 17 syllables, usually divided in three lines of 5 7, and 5. Such brevity may be a consequence of the fact that in the Japanese culture the art of suggestion has always been more valued that verbosity; simplicity is more precious than the verbal ornamentation so prevalent amongst westerners. Although we have many examples of such brevity, conciseness, sometimes it also seems that we are attracted to this other side of the planet. Do not touch it more, / that is the rose! the Spanish poet Juan Ramón Jiménez would say. Conciseness, brevity that I have lived as a necessity. Complexity lies in the heart of simplicity.

The haiku, in the hands of former Japanese monks, was used as a way of detachment and spiritual asceticism. We can imagine Basho Matsuo (1644-1694) leaving his samurai’s sword behind to better entering the “path of writing,” for the “path of haiku,” a path of poverty of means, of formal brevity, to capture reality’s internal light: knowledge. A path that served Basho to better live the poetry he was writing, and to better write the poetry he was living.

After writing some haikus and reading many haikus, I soon realized that each haiku is, in this life, like a small island. The haiku is also like an open window that invites us to observe the concrete realities of our life, but seeing those realities as part of the whole universe. The haiku’s words refer to a particular thing that takes us to the universal. That is why, despite its apparent spontaneity, in the heart of haiku there is an internal tension between the temporal and the timeless and, at the same time, there is a whirlwind that blurs the Self in the general universe from which it comes, to which it belongs to.

17 syllables, 5, 7 and 5 lines. The I diluted in the universal. But sometimes it seems that the classical form resists. Each poem has its own life and, as Mayakovsky said, although there are no general rules in poetry, each poem generates its own rules. Therefore, sometimes, a genuine haiku comes to light refusing to adhere to the strict syllable count of (5-7-5). Some of the most classic Japanese haiku masters welcomed the rebel haiku. Sometimes also, the I don’t want to dissolve. That’s why I, who am scrupulous with some conventions, preferred to call my haiku creations “crystal moments.” Under such denomination, I include not only classical haikus, but also similar compositions not fully complying with the formal tradition, but matching with its spirit. 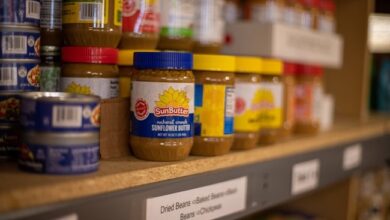 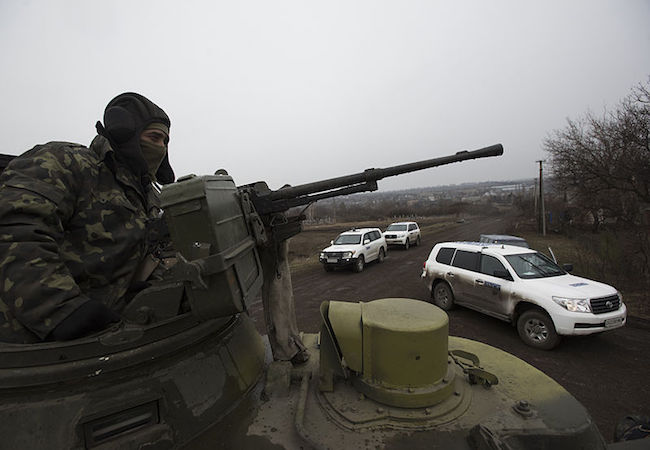