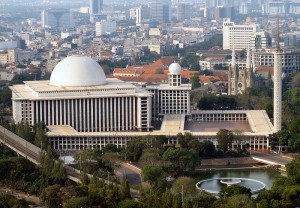 The Nigerian government has appreciated the Indonesian press and people’s support and understanding of its efforts to rescue the kidnapped Chibok school girls and to address the menace of Boko Haram.

Nigerian Ambassador to Indonesia Muhammad L. Sulaiman made the appreciation when explaining to journalists and Nigerian community in Jakarta recently the position of his government on the kidnapped school girls and on the steps it was taking to confront the Boko Haram menace and combat terrorism.

Nigeria and Indonesia have been enjoying cordial relations since 1965 when Indonesia established its diplomatic mission in Lagos and Nigeria reciprocated by opening its embassy in Jakarta in 1976. The two countries have also been cooperating both at the bilateral and multilateral levels and supporting each other’s nominations to positions at various international organizations.

In addition to their membership of the United Nations, Nigeria and Indonesia are members of the D-8, Organization of Islamic Conference (OIC) and MINT Group (Mexico, Indonesia, Nigeria and Turkey) which will be among the economic giants of the future.

It will be recalled that Tuesday, July 22, 2014 marked 100 days since the abduction of over 200 girls from the Government Secondary School, Chibok, Borno state.

The Indonesian Ulemas Council (MUI) has condemned the kidnapping and demanded the group release them. Din Syamsuddin, the chairman of MUI, has said in Jakarta recently that the kidnapping could not be justified as Islam is against any form of violence toward women and those who are innocent.

The MUI statement was expressed in collaboration with other Islamic organizations including Muhammadiyah, Syarikat Islam, Al-Washliyah and the Islam Defenders Front (FPI), a group notorious for hate crimes and violent raids in the name of Islam.

The Secretary General of the OIC, Eyad Madani, has condemned the activities by the Boko Haram, noting that members of the sect are criminals and anti-Islam.

“What they do is criminal act, it has absolutely nothing to do with Islam, Islamic teachings, the religion of Islam, the history, the culture, the civilization of Islam and we should identify them for what they are: as a terrorist group,” he said.

The President of the Federal Republic of Nigeria Dr. Goodluck Ebele Jonathan, GCFR has stated several times that the Nigerian government is determined to rescue the kidnapped Chibok school girls.

“It has therefore not stopped, will not stop and spare no resources until the girls are returned home and the kidnappers brought to justice,” Ambassador Sulaiman said.

According to him, the government is also determined to address the issue of Boko Haram by using all the tools of national power – military, intelligence, police, economic and political – in this effort.

Nigeria has the will, the resources and strategies to win this fight. “It will take time, but it is committed to this course. It is worth nothing that the government has already achieved some important successes such as new equipment and technology procurements to support the military and security forces and the arrests of some senior-level Boko Haram commanders, he said.

In mid-July alone, the government forces apprehended three top-level Boko Haram targets: Aminu Sadiq Ogwuche, one of the masterminds of the April 14, 2014 bombing of the Abuja bus station, killing about 100 civilians, Boko Haram chief of intelligence, and Mohammed Zakari, a Boko Haram leader known as the ‘Chief Butcher’.

The ambassador said the government, however, recognizes that soft power is crucial in the battle against Boko Haram as force alone cannot defeat insurgency.

As a result it is implementing a comprehensive program of assistance to support, protect, and empower local communities, with special focus on the most vulnerable areas of the country. In short, the government is cooperating and empowering the local population across Nigeria in the battle against Boko Haram.

“Why am I telling the position of Nigerian government on the kidnapped school girls and steps being taken to confront the Boko Haram menace and combat terrorism to the Indonesian people, the businesspeople in particular?” Ambassador Sulaiman asked. “Our government wants to assure investors of the safety of their investment.”

He further said the prospect for economic and trade relations between Nigeria and Indonesia is very good, especially since the two countries have the commitment, zeal and determination to make it so.  The volume of trade between the two countries increased from US$2.09 billion in 2011 to US$3.18 billion in 2012 and the outlook is good and promising.

Indonesia is the largest economy in Southeast Asia and one of the emerging market economies in the world. The country is also a member of G-20 major economies and classified as a newly industrialized country. As a result of the boost in its economy, Indonesia has been exploring other regions in the world to invest, Africa, and Nigeria in particular, is one of those places.

Nigeria has become a destination for investment from Indonesia with around 11 local firms, like Indorama, Indofood, Wings, Mensa Group, Talarama and Kalbe. These companies have invested in the food and beverage, petrochemicals, pharmaceuticals as well as detergent and soap segments of the Nigerian economy.  “It is interesting to note that the largest Indomie factory in the world is located in Nigeria, not in Indonesia where it originated from. In fact Indomie is so popular in Nigeria that is gradually replacing our local food.” the ambassador said.  The largest Indomie factory located in Nigeria is a testimony to the positive prospect for Indonesia-Nigeria economic and trade relations. Although there is no Nigerian company currently operating in Indonesia, some of the country’s airlines namely Max Air, Kabo Air, Hak air and Silverback Africa have been servicing their aircrafts in Indonesia under maintenance agreement with Garuda.

“The fact that Garuda services some of our aircrafts is a testimony to the confidence Nigeria has in its professional capacity, for it is not everyone you will allow to service your aircraft because of the risks involved,” he said.  Sulaiman visited most of the Indonesian companies doing business in Nigeria since his arrival in Jakarta February this year. During his visit, their chief executives expressed satisfaction with their operations in Nigeria with its economy has been growing at a more than 6 percent and is the 26th largest in the world.  Some of them have even expressed their desires to expand their businesses.

“Therefore the journalists are expected to report on Nigeria including the position of its government on the kidnapped school girls and steps being taken to confront the menace of Boko Haram and combat terrorism objectively, devoid sensationalism,” the ambassador said.

Mohammad Anthoni is currently the Associate Researcher of Center for Southeast Asian Studies (CSEAS) and Senior Journalist at Antara News. He is also Chairman of the Muslim Union of Journalist in Indonesia.

Indonesia Jobs Bill: Loved by a few, hated by many

Indonesia Jobs Bill: Loved by a few, hated by many