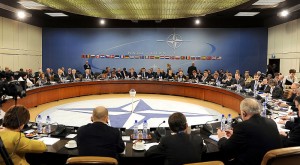 NATO’s mission in Afghanistan has been the Alliance’s largest and one of its longest-running military operations, with 50 coalition countries contributing a peak of 140,000 troops over a 13-year campaign.  The United States, together with NATO Allies and partners, support a sovereign, stable, unified, and democratic Afghanistan and will continue our partnership with Afghanistan based on the principles of mutual respect and mutual accountability.  Moreover, we believe that an Afghan-led peace and reconciliation process is the surest way to end violence and ensure lasting stability for Afghanistan and the region.
International Security Assistance Force (ISAF).  Since 2001, ISAF has assisted Afghan authorities in maintaining security and developing the Afghan National Security Forces (ANSF), per a United Nations mandate and at the request of the Afghan government.  The ISAF mission is part of the overall international effort to enable the Government of Afghanistan to exercise its authority throughout the country by providing security and stability to the Afghan people.  NATO assumed command of the ISAF mission in August 2003.
Resolute Support.  At the Wales Summit, NATO Allies and partners reaffirmed their intent to conduct a non-combat train, advise, and assist mission in Afghanistan beyond 2014, known as Resolute Support, contingent upon the Afghans signing a Bilateral Security Agreement (BSA) and a status of forces agreement (SOFA) with NATO.  This new advisory mission would be at the security ministry and national institutional level, with advising to the ANSF at the corps level and advising to Afghan special operations forces at the tactical level.  This non-combat mission would be centered in the Kabul-Bagram area, with a regional presence in the north, west, south, and east. It would initially include approximately 12,000 troops.  Four Allied nations have agreed to serve as “framework nations” – Turkey will lead in the capital; Germany will lead in the north; Italy will lead in the west; and the United States will lead in the south and east.  NATO is prepared to commence this mission at the beginning of 2015.
Financial Sustainment of the ANSF.  At the Wales Summit, NATO Allies and partners renewed their commitment to contribute significantly to the financial sustainment of the ANSF through the end of 2017 and to financially sustain the ANSF throughout the decade of transformation.  The international community has pledged nearly €1 billion annually to sustain the ANSF for 2015 through the end of 2017.  The United States has requested up to $4.1 billion in our 2015 budget, which would help sustain the ANSF surge end strength of 352,000 through 2015.  The United States expects that Afghanistan will assume an increasing portion of ANSF sustainment costs beginning with $500 million in 2015, as agreed at the Chicago Summit.  To ensure that donors can confidently commit their financial support to the ANSF over the long term, NATO Allies and partners welcomed the development of effective funding mechanisms including the strengthening of the Afghan National Army Trust Fund and the establishment of the Oversight and Coordination Body.  And finally, NATO Allies and partners look forward to working with Afghanistan to review planning for a sufficient and sustainable ANSF beyond 2015.
NATO-Afghanistan Enduring Partnership.  At the Wales Summit, NATO nations reaffirmed their commitment to strengthen its enduring partnership with Afghanistan, which would serve as the foundation for longer term security cooperation between NATO and Afghanistan.
Source: White House
Tags
NATO
Foreign Policy News Follow on Twitter Send an email September 4, 2014
6 3 minutes read
Facebook Twitter LinkedIn Tumblr VKontakte Odnoklassniki WhatsApp Telegram Viber Share via Email Print
Show More
Share
Facebook Twitter LinkedIn Tumblr VKontakte Odnoklassniki WhatsApp Telegram Viber Share via Email Print

The case for an IS ‘No Drive Zone’ in Syria