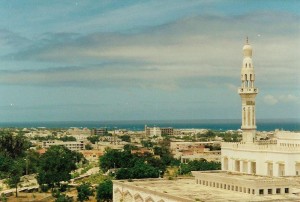 As issues of the day may dictate, the norm for activists is to engage on substantive issues such as calling for peace, justice, and freedom. To achieve success in advocating for these enduring values, activists must struggle to remain focused and sustain their momentum despite the trials and tribulations as well as the consequential challenges of powerful establishments.

Activism is a noble cause that, at times, clash with the powers that be who possess little or no appetite to be engaged critically with certain level of scrutiny and transparency. Sometimes, such lack of appetite is expressed in a more hostile fashion- the culprit often being intoxication with power.

Granted, like all others, activists can at times fall prey to the potency of intoxication of power. Nevertheless, most have the capacity to resist and employ a disciplined mode of survival and focus on the moral objective that inspired them in the first place. Most of these objectives in one way or another lend to the survival of humanity.

Broadly speaking, as a Muslim black woman activist and a citizen of the West, I feel that activism in the Muslim world is domestically being suffocated, activists’ high hopes for social justice and reform has been disillusioned, and their momentum to galvanize for the promotion of ideals of freedom, justice and democracy is set back a decade if not more.

Furthermore, these activists were further disillusioned by the contradictions of the rhetoric and actions of the West. A case in point, Egypt’s military overthrew the country’s first ever democratically elected president and subsequently massacred peaceful protestors, jailed thousands more of the anti-coup community, and gave wholesale death sentences to innocent Egyptians. Yet it has not suffered any loss of aid money or any economic sanctions. It was the same for Israel in its indiscriminate killings of the Palestinian civilians.

These incidents have highlighted the West’s artificial claim of promoting freedom, democracy and human rights. Many of these activists came to realize that in the circles of those who assert themselves as the guardians of democracy, both history and justice are selectively authored and subjectively justified. The biggest challenge in the Muslim world today is convincing them that the West is genuinely interested in peace, democracy and justice.

Today, more than ever, the voices of activists should be even loader. Their voices should reverberate throughout the world where there are voiceless people. Here I should remind myself and other fellow activists that we do not engage maliciously and speak out for the sake of enmity or the desire to cash on the reckless political decisions and human rights violations that are rampant in today’s world. Rather, our focus ought to be for the ultimate search of humanity’s enduring values of freedom justice, and peace. And this takes to Somalia.

In politics there are many (overt and covert) forces that sway the stipulations of the decision-making process and at this critical juncture of Somalia’s history, influencing policies of Somalia’s present and future endeavors has become the ultimate plan of the present forces (local and external).  So, the conundrum facing activists is whether to speak or not to speak. More often than not, the Somali dissident or activist has his/her loyalty aligned with the kinship or clan short-sighted interest.

Immediately after the current Prime Minister of Somalia was appointed, our older sister—Abdia Sheikh Ahmed—has publicly reminded the new PM, and all of us for that matter, the words of wisdom that our father used to utter every time he reflected and advised on the issue of leadership and the legacy that he wanted to leave for his family. He relentlessly used to advise “always look after dadka, dalka iyo diinta (the people, the nation and the religion) and success would be yours.” Coincidently, on these very terms the two-prong executive leadership, all the ministers, as well as the parliament members, judges, and other elected or appointed officials have taken the oath to officially uphold these three principles.

As culturally counter intuitive as it may be, both my sister (who is an activist of her own) and I are committed to heed what we learned as a family value- defend people when they are wronged; and counsel them in private when they are wronging others to stop; and if that does not work, condemn them in public. Our father was a principled judge who developed a hard earned reputation for being just and his frame of reference was Islam.

Political Entanglement in the Executive

As has been the case in the previous administrations, the current leadership may not have the independence and the competent staff to sift through the pile of previously failed leadership and their failed policies or lack thereof. The current leadership must understand that their individual and collective powers are drawn out of the public that they are entrusted to serve.

In order to genuinely win the hearts and minds of the ordinary citizens, the leadership must not hasten making decisions on their behalf or self-interest by signing any treaty at a disadvantaged position with countries that have more negative record than positive. The leadership must find and recruit nationalists and decent individuals who could become the corner stones of their respective offices, who are loyal to the cause of saving Somalia, who, by the same token, are dynamic and effective.

Otherwise, Somalia’s leadership will forever be shackled and crippled by prisoner’s dilemma-that well-known game theory of strategy that governs between collaboration and competition.

This theory demonstrates how out of suspicion two individuals may fail to collaborate even if such collaboration will benefit them both. In his political prisoner’s dilemma presentation, John Bunzl explains how even though these politicians have access to each other; it has become a challenge for them to work together because they are held in a hidden dilemma of suspicion. Therefore, the present leadership must shift the paradigm of Somalia’s governance systems by finding a durable solution to the current stalemate.  Consequently, number of steps must be taken.

First, there must be a genuine dialogue for the sake of the persisting humanitarian crisis and the 1 million plus IDPs current displaced inside Somalia as well as the Refugees in Dadaab Refugee camp (Kenya). If that will not move you to compromise, then reflect and empathize with the Somali women and girls who have been sexual exploited and abused by the very AMISOM troops that protect you and your offices.

Second, it is never too late to assert good leadership to lend to the survival of the Somali people and State by reevaluating the failures of the past and the current provisional constitution that remains a platform to further polarize the Somali society and aggravate the existing wounds that could give rise to renewed conflict and sustained political stalemate while Somalia’s territorial integrity is compromised with the carving of its territorial waters by the members of the same nations that entrusted to protect it.

Third, you must recalibrate your navigation compass in order to steer the governance vessel along with the people and the nation into the right course by employing a qualified and competent staff, and forming truce and reconciliation commission for reconciliation as there never been a holistic and genuine national reconciliation that is Somali formed, Somali led and Somali funded. This committee must be charged in finding a durable solution to the prolonged instability, humanitarian crisis and human rights violation.

In conclusion, the history of the blunders and the betrayals of previous leadership must be avoided, or else, history will not be kind to the current leadership.

Dr. Sadia Ali Aden is a humanitarian activist and a freelance writer

UAE base in Berbera: New challenge or opportunity?

Fears of a voter: Ex-war faction commander running for presidency

UAE base in Berbera: New challenge or opportunity?

Fears of a voter: Ex-war faction commander running for presidency

Russia’s hold on the Baltics loosens