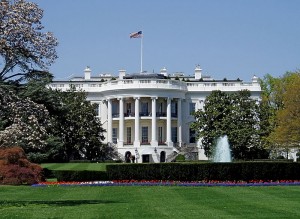 The following statement was issued by the NSC Spokesperson Bernadette Meehan in regards to the elections held by the pro-Russian separatists in Eastern Ukraine:

“The United States condemns the illegitimate, so-called “elections” held on Sunday by Russia-backed separatists in parts of Donetsk and Luhansk.  These sham elections contravened Ukraine’s constitution, the law on “special status,” and the most basic electoral norms.  Both Russia and its separatist proxies had agreed to honor Ukraine’s special status electoral law when they signed the Minsk Protocol of September 5.  They therefore violated the terms of that protocol with these so-called “elections” on November 2.   As we have said previously, the United States will not recognize the authority of any individuals claiming to represent parts of Donetsk and Luhansk on the basis of this illegal vote.

We are concerned by a Russian Foreign Ministry statement today that seeks to legitimizes these sham “elections.”  We also continue to be concerned by reports that Russia is once more moving its troops and military equipment to portions of the international border.  The Russia-Ukraine border remains unmonitored and outside of Ukrainian government control despite Russia’s commitment to facilitate the establishment of an effective international monitoring mission.  We are also concerned by OSCE reports that OSCE Special Monitoring Mission UAVs operating east of the control line have come under attack in recent days.  More broadly, Moscow’s continued failure to fulfill its obligations under the Minsk agreements calls into question its commitment to supporting a peaceful resolution to the conflict in parts of eastern Ukraine.

We call on Russia’s leaders to adhere to the commitments they made in Minsk to include the full withdrawal of foreign forces, the restoration of Ukrainian control of its sovereignty over the border with OSCE monitoring, and local elections in accordance with the special status law, which set these for December 7.  As we have said repeatedly, Russia has a choice.  If it supports the peace process and adheres to its Minsk commitments, the costs for Russia’s destabilizing actions against Ukraine will lessen.  Should Moscow continue to ignore the commitments that it made in Minsk and continue its destabilizing and dangerous actions, the costs to Russia will rise.”

Frailty and gladiatorial combat in Somalia