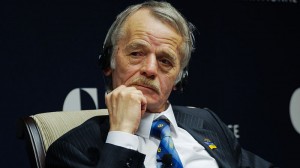 Crimea, an internationally recognized province of Ukraine, was annexed by Russia in March 2014. Since then the Crimean question has been an issue of contention between the West and Russia, but more so between the local non-Russian population of the peninsula and Moscow.

The central argument of Kremlin in its quest to legitimize its annexation of Crimea is the “historical mistake”, made by the late Soviet leader Nikita Khruschev who transferred Crimea from Russia to Ukrainian SSR in 1954, and that the territory had historically been a part of Russia. However, Crimea had no Russian presence until 1783 when it was occupied by the imperial troops of Catherine the Great.

Crimean Tatars who had once had their own Crimean Khanate on the peninsula and beyond, and are recognized as indigenous to Crimea, couldn’t disagree more with the Russia’s justification for detaching the region of Ukraine and annexing it to the former foe.

Russian President Vladimir Putin had personally overseen the annexation of Crimea and spoke out repeatedly on the pride and justice done to the Russian people. In a recent speech before the Russian officials, President Putin stated that “Crimea represents an enormous civilizational and sacral importance” for Russia, in reference to its historical attachment to the Russian Empire and its people.

Mustafa Jemilev, the leader of Crimean Tatars who had since annexation of Crimea banned from re-entering the region, responded to the Russian leader stating that baptism of Russian Knyaz Vladimir in those territories which allegedly makes Crimea “sacral” for Russians, shouldn’t be a base for claiming the territory. “By the same token,” said Jemilev in his interview to the Estonian Radio 4, “Moscow is also a very sacral place for Crimean Tatars since Devlet Giray (the Crimean Tatar Khan) hung his lash in Moscow after he conquered it in 1571. But we don’t claim Moscow as our sacral place.”

The Crimean Tatar leader then said that Russia’s policies are pure primitivism, but mainly targeting the domestic audience.