Is the new Containment and its Cold War on our doorstep? Who does it need now and why? To answer that question is to grasp how the previous one ceased.

The end of the Cold War came abruptly, overnight. Many in the West dreamt about it, but nobody really saw it coming. The Warsaw Pact, Red Army in DDR, Berlin Wall, DDR itself, Soviet Union – one after the other, vanished rapidly, unexpectedly. There was no ceasefire, no peace conference, no formal treaty and guaranties, no expression of interests and settlement. Only the gazing facial expression of than Soviet Foreign Minister Eduard Shevardnadze, who circles around and unconvincingly repeats: “we now better understand each other”.

On the contrary, Bush (the 41st US President) calmly diagnosed: “We win, they lose!” His administration immediately declared that US policies, including all military capabilities, will remain unchanged but with a different pretexts – to respond to the ‘technological sophistication of the Third world powers’ and to ‘radical nationalism’ (meaning; any indigenous emancipation). The World-is-Flat mantra sow the non-West Rest still enveloped in the Huntigtonian clash. Hence, the so-called normative revolution from the Atlantic followed shortly, in which the extensive, to say assertive, rights were self-prescribed on the (political process of NAM, derogated into geographic) global south. Thus, the might-makes-right interventions were justified through the new (de facto imperial) doctrines: humanitarian intervention, R2P (incl. Kouchner-Lévy bombing for a noble cause), doctrine of preemption, uninhabited access to or beyond the grand area, as well as the so-called Afroasia forward deployment, as a sort of the enlarged Brezhnev and Monroe doctrines combined together, etc.

Simultaneously, Washington’s darling, Francis Fukuyama, published his famous article The End of History? and the book of a same title which soon followed. To underline the prevailing climate in the States, he even dropped the question mark in the title of the book.

Was this sudden meltdown of the Soviet giant and its Day After intrinsic or by design?

The generous support, the lavish and lasting funds that Atlantic-Central Europe extensively enjoyed in the form of Marshall Aid has never reached the principal victim of WWII – Eastern Europe. Despite the weak ethical grounds, this was so due to ideological constrains in the post-WWII period. Total WWII devastation of the East and their demographic loss of 36 million people (versus only 1,2 million in the West), was of no help.

Moreover, only eight years after the end of WWII, the West brokered the so-called London Agreement on German External Debts (Londoner Schuldenabkommen). By the letter of this accord, over 60% of German reparations for the colossal atrocities committed in both WW were forgiven (or generously reprogramed) by their former European victims, including – quite unwillingly – several Eastern European states. The contemporary world wonder and the economic wunderkind, Germany that dragged world into the two devastating world wars, is in fact a serial defaulter which received debt relief like no one else on the globe – four times in the 20th century (1924, 1929, 1932 and 1953).

Despite all the subsidies given to the West, the East recovered remarkable fast. By the late-1950s and in 1960s, many influential western economists seriously considered communism as better suited for economic advancements, along with a Soviet planned economy as the superior socio-economic model and winsome ideological matrix.

Indeed, impressive Soviet results were a living example to it: A backward, semi-feudal, rural country in 1920s, has won WWII and in parallel it evolved into a highly industrialized and urbanised superpower – all that in just 30 years. Spain needed over two centuries (and never completed), Holland 130 years, the UK 110, Germany 90, Japan 70 years to revolve from a backword agricultural cultivator into an industrial giant. Moscow achieved that in only 30-35 years, all alone. Thus, by the mid-1950s – besides its becoming a nuclear power – the Soviet Union grew up in a pioneer of cosmos exploration, and a pivot that moves the final frontier of mankind deep into the outer space. Sending a woman into orbit while many in the West still struggled with elementary gender equality was an ethical and technological blaster. Morality of communist narrative as well as its socio-economic advancements appealed globally.

If all the above is true, why then did the Soviet Union collapse? Was it really a global overstretch; bankruptcy caused by the Afghan intervention, along with the costly Space program (orbital station Mir)? And finally, if the US collapsed earlier with the so-called Nixon shock, why did America turn stronger afterwards, while after the Gorbachev-era bankruptcy of Moscow, the Russian historical empire melted away so rapidly?

There are numerous views on it. Still, there is nothing conclusive yet – neither a popular nor scientific consensus is here.

Some years ago, I had the honour to teach at the famous Plekhanov University of Economics in Moscow. It was a block-week with students of the Plekhanov’s elite IBS program. Twelve days in Moscow proved to be an excellent opportunity to ask these questions to some of the most relevant economic authorities among academic colleagues.

The line of answers was quite different to anything I’ve usually heard or read (leaving and teaching) in the West. Furthermore, their clarity and simplicity surprised me:         Muscovites claimed that right after Nixon shock the Soviet Politbureau and Gosplan (the Soviet Central Planning Economic Body – overseeing the entire economic performance of the Union, and indirectly its satellites) sat jointly in an extensive closed session. They debated two items only:

After thorough and detailed talks, answer to both questions was a unanimous NO.

Consequently, the logical conclusion was: Moscow needs to save the US as to preserve balance of power. Without equilibrium in world affairs, there is no peace, stability, and security over the long run – a clear geostrategic imperative.

Indeed, right after the Nixon shock, an era of détente has started, which led to the Helsinki process and its Decalogue (that remains the largest and most comprehensive security treaty ever brokered on our planet). The SALT I and II were signed. The NAM (Non-Aliened Movement) gained ground globally as the 3rd, way of moderation, wisdom and stability. The US was left to re-approach China (so-called Triangular engagement). Soon after, it recognised the Beijing China (One-China policy), and closed the chapter on Vietnam and Indochina.

Simultaneously, Americans (re-)gained a strategic balance elsewhere, like in Latina America and (horn of and western) Africa, with a brief superpowers’ face-off in the Middle East (Yom Kippur War) which – though bloody and intensive – did not damage the earlier set balances.

Why, then, the instability in today’s world?

Apparently, Washington did not really consider these two questions when it was their turn. Soviet planetary stewardship was misused and Gorbachev’s altruism was ridiculed. As a consequence of today, the edges of the former Soviet zone – from Algeria to Korea and from Finland to the Balkans – are enveloped in instabilities. On top of it, Chinese powerhouse is unstoppable: Neither of the Western powers alone nor a combination of them is able to match Sino-giant economically. Even the cross-Pacific TPP cannot deter China, and therefore is silently abandoned. Asia itself, although the largest and most populous continent, is extremely bilateral. Its fragile security structures were anyway built on the precondition of a soft center.

A Bear of permafrost worried about global balance and was finally outfoxed, while a Fish of warm seas unleashed its (corporate) greed and turned the world into what it is today: a dangerous place full of widening asymmetries and unbalances. Climate, health, income parity, access to food and water, safety and security – each regionally and globally disturbed.           Exaggerated statement?

For the sake of empirical test, let us apply the method of sustainability on this short story of 20th-21st century geopolitics. As per tentative definition, Sustainable Development is any development which aims at the so-called 3Ms: the maximum good for maximum species, over maximum time-space span – comprehensive stewardship. (The beauty of the 3M principle is that it makes SD matrix very easily quantifiable. Hereby, we certainly leave aside other methods of quantification – all reporting rather disturbing figures: the Oxfam study, Paris Accord/IPCC, Gini coefficient, Database of Happiness, Tobin Tax initiative, Ecological Footprint – CDI/SDI, WTO’s Doha round, etc.)

Hence, how did our superpowers behave? Was our 3M better off before or after 1991?

The UN High Commissioner for Refugees Filippo Grandi (in the just released Global Trends Report) notes the unprecedented asymmetries of today’s world. Facts are heart-freezing like my Moscow winter years ago. The UNHCR states: “Every 113th person on this planet is the displaced. Of the 65.6 million people forcibly displaced globally, 10.3 million became displaced in 2016… This equates to one person becoming displaced every 3 seconds – less than the time it takes to read this sentence.” Winning has never felt this bad.[1]

“You are either with us or against us” is a famous binary platform of Bush (the 43rd US President). Indeed, our planetary choice is binary but slightly broader.

An End of history in re-feudalisation or a dialectic enhancement of civilisation. Holistic or fractionary. Cosmos (of order) or chaos (of predatory asymmetries) – simple choice.

[1] ”For now, our governing system resembles a kind of collective hysteria, an emotional breakdown that reflects problems far broader than our having a crackpot president. Both major parties are stuck in the past and afraid of the future. Fear and confusion have overwhelmed the establishment. They have no plan for our future—not one that speaks candidly to the troubled conditions that have emerged over the last generation.4.. The crux of America’s conflicted feelings is this: We are a great power in decline, but one that pretends nothing has changed. The decline in our dominance of world affairs is not a tragedy, and may actually be liberating in many ways. But the so-called American Century is definitely over, mainly because so many other countries have caught up with us… 11The history of great nations in decline ought to be a cautionary tale for Americans. On their way down, declining powers have often squandered their assets on wasteful wars in vain attempts to deny the reality of new competition… 13we do seem to be following the same old script—using military force in an attempt to shape the economic playing field.” 14Greider, W. (2017), Why American Democracy Has Descended Into Collective Hysteria, The Nation (28 SEP 17)
Show More
Share
Facebook Twitter LinkedIn Tumblr VKontakte Odnoklassniki WhatsApp Telegram Viber Share via Email Print

“Bonn”- Voyage for India: What can India do in climate change debate? 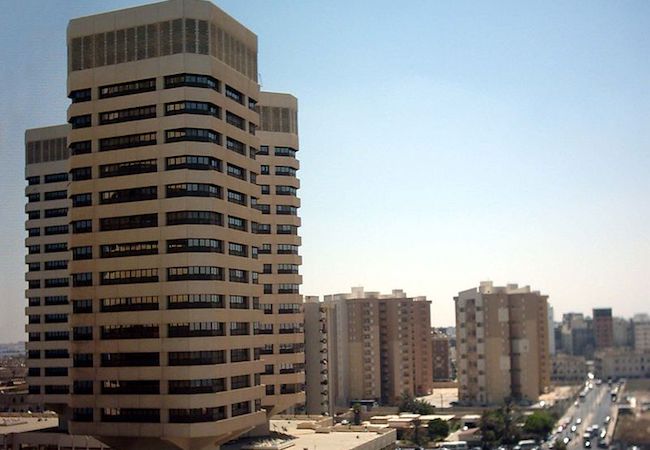