The neo-fascism of Modi with his chivalrously extravagant politics of ultra-nationalism, casteism, populism, authoritarianism, nativism, xenophobia and opposition to liberal and parliamentary democracy hold most worrisome conjectures of socio-political division both within and outside India, in the region and for the world. The revocation of Article 370 and 35(A) of the Indian constitution is routing India fast towards fascism. Adopted in 1956 and enforced in 1957, Pakistan never accepted the application of the Indian constitution on IOK anyways and supported its right for self-determination in accordance with the UN resolutions. The status of IOK is yet to be determined. The anti-secular policies of the ideational right-wing BJP inundated with radicalism have curved the issue from territorial dispute to a human tragedy. Their communitarian vision of Hindutva with pronounced fanaticism of religious particularism holds no desire for communal and cultural affinity while positing not only Hindus against the Muslims but other minorities living in India as well.

Secularism, when first introduced in India in 1851, was meant to promote societal harmony while upholding the reasoning and sensitivity to the general values of tolerance. However, ever since the rise of Hindutva ideology, it anchors more on the Hinduist subscription driven towards the modern-day centralized and theocratic state. The politics of beef, Ghar Wapsi or the lynching terror are all linked with the movements of Shuddi (reconversion to Hinduism started by Arya Samaj) and ambitious Snagagathan, which have proven blowback to modernity and secularism both.

Hindutva is derived from the two terms “Hindu” and “Tuttva”, which means the ways of the lives of Indian people, their culture and social ethos. It is based on diverse Hindu principles with varied interpretations which generally are more individual specific and evolve with individual interpretations. This gives liberty to Modi to instill his version of Hindutva more to fortify his vote bank and RSS commitments. Moreover, unlike Gandhi and Nehru’s opposition to ‘hegemonic majoritarianism,’ Modi’s interpretation is unfamiliar with the freedom of thought inherent in the Indian history and its romantic wherewithal, experienced at the times of Ashoka and qualified during the times of the Mughal Emperor Akbar respectively. Modi’s revocation of Article 370 and 35 (A) is not only a sad disrespect for the Indian constitution but its glorious history as well. 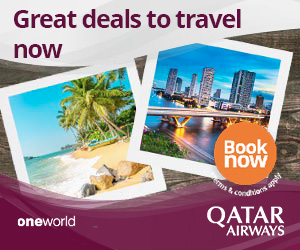 Unfortunately, the virulent reincarnation of Hindutva, particularly since 1990’s when BJP picked up its rise, is more richly assorted with the ideas and ideals of ‘societal engineering’ towards the multi-polarization of the Indian society instead of union in diversity. The emergence of various groups and sub-groups found it even more difficult to ascribe themselves with any single identity either. On the other hand, the political leaders found it easier to vend populous notions. Savarkar in the “Essentials of Hindutva” emphasizes on the requirement of identity to gel the nation by the redemption of ‘Indus Valley Civilization’, so that it may not face the same fate which Greek, Egyptian or Roman Civilizations had met. This insecurity resounded more during the British and Muslim rule in India and is generously exploited by Modi’s aids to promote Greater India or Akhand Bharat.

Nonetheless, history has proven that communalism permeates serious socioeconomic discrepancies. It happened in Italy and Germany where Fascism and Nazism gained roots in the first half of the twentieth century. Fascists consider liberal democracy as obsolete and believe that the whole society must be mobilized under a totalitarianone-party state. Preparing the nation for armed conflict is considered essential. Fascism relies on both political violence through imperialism and armed violence through war to ensure national rejuvenation. The statement of Indian Defence Minister Rajnath Singh on August 16, 2019 at Pokhran, in the northwestern India to commemorate the death anniversary of the former Prime Minister Atal Bihari Vajpayee “Pokhran is the area which witnessed Atal Ji’s firm resolve to make India a nuclear power and yet remain firmly committed to the doctrine of ‘No First Use.’ India has strictly adhered to this doctrine. What happens in future depends on the circumstances” merit comparison between fascist’s ideology and Modi’s Hindutva. Economic difficulties being more realistic are addressed simultaneously. Fascists advocate a mixed economy, with the principal goal of achieving autarky (national economic self-sufficiency through protectionist and interventionist economic policies).

Modi’s economic policies are more in sync with neo-fascism since they fall short of total closed economy. At present India’s aspirations to become a world power are more bruised by its predominant poverty-stricken subsistence level.Though the percentage of the population living below the poverty line in India decreased to 22% in 2011-12 from 37% in 2004-05, according to data released by the Planning Commission on July 2013, its economic ascendency has several hiccups. For instance, while achieving food sufficiency in production, India still accounts for a quarter of the world’s hungry people and home to over 190 million undernourished people. The incidence of poverty is now pegged at nearly 30 percent. As per the Global Nutrition Report (2016), India ranks 114th out of 132 countries on under-5 stunting and 120th out of 130 countries on under-5 wasting and 170th out of 185 countries on prevalence of anaemia. Anaemia continues to affect 50 percent of women including pregnant women and 60 percent of children in the country. Brought by Tata and Jundal to the power corridors, India is aware of Modi’s economic decadency as well. Humanity in India moans in these transitional times of challenged international system by their ruler.