Despite continuing failure into regaining contact with the lost Moon lander Vikram of the Chandrayan-2, just short of 2.1 km away from Moon’s surface at South Pole, the Indian Space Research Organisation’s (ISRO) distinctly ambitious project can’t be termed as a failure. Because it is the world’s first indigenous space mission scheduled to explore the unexplored truth behind the backyard of the Moon where even the US’s NASA’s has not yet come forward to land its spaceship. In fact, such space exploration programmes themselves remain very much uncertain due to highly complex and tedious nature of the job which involves imagination, firm determination and honest effort on the part of scientists engaged into finding out still unfathomed areas of knowledge about space or any of its planets.

Several countries like the US, Russia, Israel have already passed through worst failures into their space exploration programmes in the past but that that did not discourage them. And with their continuing efforts they have now emerged victorious today. As compared to them, the ISRO’s mission was entirely much difficult since the very beginning because attempting to see the South Pole of the Moon which obviously remains dark and extremely cold due to non-reachability of the rays of the Sun. This is why perhaps no country, except India, has yet even thought to land their Moon lander.

While ISRO’s scientists, particularly the Chairman Dr. K. Sivan, are suffering the agony and consequent trauma due to this initial setback, as the efforts are continuing to regain the lost communication with the Lander Vikram, our PM Narendra Modi has very appropriately enthused the morale of the ISRO’s chairman and other scientists involved in this mission by remaining at ISRO centre in the late night watching the landing of Vikram up till it lost contact with the scientists on earth and revisiting in the next morning to console and boost their morale, particularly the chairman Mr. Sivan who looked very much depressed and disheartened into somber mood. He rightly said that such initial failures are indeed the turning points which inevitably lead to success in future. 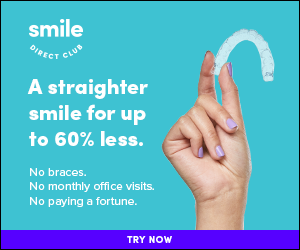 Considering the mammoth exercise by the ISRO scientists in this mission which is 95% successful as yet, the US’s NASA and Israel have very much appreciated this Indian endeavour and so also has the world community, which may be termed as the unique mix of imagination, years of hard work and precise knowledge on the part of ISRO scientists. Fortunately, the thermal images of the lander Vikram sent by the Orbiter today have aroused hope as regards almost safe existence of the lander but the data is being analyzed to ascertain whether the lander had succeeded in executing safe landing as was expected in the mission or otherwise it has force-landed on the Moon’s surface to create future troubles in the continuing exercise to regain communication with it. This is particularly crucial as the scientists on the earth have only 14 days to ensure successful charging of the solar panel of the lander to reestablish communication with it which might have got covered with dust coating upon the panel surface due to unsafe landing of the Vikram.

If, anyhow, the communication with the Moon lander gets established, the Rover Pragyaan, installed in it will come out on the surface of the Moon and study to find out the availability of water, the nature of soil including the environment spreading around three kilometers and will send images of its findings to the ISRO’s centre in Banglore, as planned in this mission. And if it does not happen, the mission involving only approx. Rs. 950 crores will remain historic and successful as a meaningful pathfinder for assured success of the Chandryan-3 in the near future. But, despite all these brouhaha, India has once again proved its merit and excellence in its continuing efforts to serve the larger interests of humanity in the true spirit of its ancient moral values and so evolved classical heritage.

Good communication is a key part of disaster response