Iran and America have recently been at odds with no hope for de-escalation. Iranian authorities aiming to target global oil supply transiting through its Hormuz vantage and American decision makers eyeing on reinitiating a Jimmy Carter-like response to Iranian aggression, it seems the Gulf region is about to embark on a venture into coercive diplomatic tactics with limited incentives for restraint. South Asia, in this particular instance, is under more pressure than before. Indian investment opportunities on Chabahar to enhance its regional posture are under scrutiny as it hopes to woo America into supplementing its defense procurement plans. Pakistan, on the other hand, is in an entirely different situation; with its status still uncertain on the Islamic Military Counter Terrorism Coalition (IMCTC) all the while receiving financial assistance from anti-Iran Middle Eastern partners and its pro-China policy amid Financial Action Task Force (FATF) concerns and a dominant paradigm shift in regional stability. Pakistan like in 2001, is again going to be an important junction state whether it likes it or not. With China, India, Saudi Arabia, United Arab Emirates and United States of America all considering to deal with their Gulf Dilemma, Pakistan would have a less favorable ground as it was accustomed to having at times of global crises in and around Arabian Sea.

President Donald Trump is preoccupied in mitigating his tariff war with China but his passive-aggressive posture towards Iran means he is either not abreast with its consequences or he is using it for political leverage. Either way, Pakistan, presently in dire need for contingencies and international credibility, is keeping on its agenda and offers to mediate on behalf of newfound assurances. Indian government on the other hand, with a fresh mandate more conveniently larger than before, has to achieve its targets set post-Pulwama and this implores Indian administration to engage global stakeholders more aggressively. This brings two distinct scenarios; first, would India and Pakistan pursue aggressive diplomatic engagement using Iran as leverage? Second, would India break conventional alignment directives to pursue a more regionally focused diplomatic posture? For the first scenario, India is obliged to use economic diplomacy and use its established credibility to receive an active position in Iran-America conflict by persuading Iran to settle to show compliance. The main impediment in such an eventuality would be that India would also be obliged to convince America to allow Indian investments to chalk out an agreeable arrangement, like South Korea with North Korea. This even if is able to break coercion, would result in Pakistan to opt a more aggressive engagement towards India and such engagement can surely disturb solving the Gulf Dilemma. As far as the second scenario is concerned, where India attempts to solve Iran issue without involving international stakeholders, it allows Pakistan to attract international stakeholders to neutralize India and again leads to involving aggressive confrontation with India leaving the principal issue in limbo. 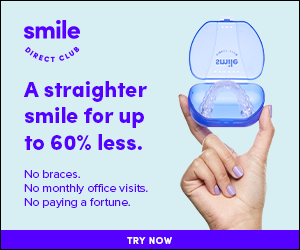 South Asia is a region that is surrounded by states that are riddled with concerns of global proportions. With Middle East connecting itself to India and Pakistan to ‘purchase’ contingencies, Pakistan and India offering ‘services’ to connect to Middle East and stakeholders like America and China opting to ‘bankrupt’ anyone who is aligned otherwise, a dilemma that Iran is supplementing is exactly what can go wrong. The recent engagements concerning movement of maritime vessels through Hormuz and coercive diplomacy slowly picking up the pace, it’s highly likely that top contenders in South Asia would end up choosing sides. Modi administration might not aim at reinvigorating how India operated during post-9/11 engagements as it obstructed India’s chance to becoming a major contender for future decisions. Pakistan’s simultaneous rapprochement towards Russia and America all the while thriving behind China’s diplomatic shelter is sufficiently confusing for Pakistan when it comes to choosing an ally in time of regional crisis. All the while, both India and Pakistan, aiming to ‘globalize’ and ‘diplomatically dominate’ each other without bilateral positivism particularly after Pulwama means that hostilities might not end as quickly as anticipated.

Pakistan’s choices are even more limited due to its financial dependence on states that are anti-Iran including America and states that are, in the same breath, anti-China. If Iran breaks established redlines and America indeed does resort to action against Iran, possibly aggression, Pakistan would not be in a position to remain neutral. India might still retain its ‘non-alignment’ posture and avoid the conflict but for Pakistan, it would again be a ‘with us or against us’ choice. At such a juncture, global trade and oil transit might be effected but Pakistan’s pledges extended in exchange of financial relief would mean its alignment most definitely would upset its territorial integrity in the future. A big take from Afghanistan and War on Terror for Pakistan should have been was that alignment to a specific agenda due to financial constraints, without adhering to regional territorial significance, is always a risky adventure. Iran conflict might not be a direct issue for South Asia due to participating contenders and challengers but the ability to intertwine composite issues into one big, highlighted conundrum would surely `include countries in close proximity and its peripheries. Iran-America conflict does not have a personal potential to entail strategic-level thresholds of anxiety but its proximity region, South Asia, for the sake of playing a greater, more proactive role, would surely raise eyebrows.