I begin this column with a declaration that shows my bias: if President Vladimir Putin wanted Alexei Navalny dead he would be dead. Army sharp-shooters do not miss a sitting target. A bullet in the head would leave an imprint hard to trace, and that would be that. Novichok, a poison, creates a multitude of problems, as we have seen.

Nevertheless, let’s assume the Kremlin was guilty of poisoning Navalny with novochok. If the authorities had kept him at home nobody would know what had nearly killed him. Then Russia would have been free to invent any cock and bull story, even though they knew it had been novichok. Of course, if Germany does send its samples to the independent WHO- the World Health Organisation- the UN body with the best medical specialists, and the tests show it was novichok, the Russians are in a corner. Strangely, Germany does not do this. It is Germany that is the prevaricator. Maybe Russia is innocent.

So let’s assume Russia is innocent. The Russian authorities have been very open.  They don’t want to be accused of hiding the facts. They let Navalny go to Germany where they knew the odds were that the German government would claim novichok was used but, reasoned the Kremlin, there’s also some chance that truth will prevail in a democratic society, either through parliamentary scrutiny or because of Germany’s feisty media.

The Germans only sent samples of the poison to allies, France and Sweden, but not to Russia. The Germans, French and Swedish may be reasoning that because novichok was invented by Russia the media and public opinion will give their narrative the benefit of any doubt, and nobody in the West will contradict them. Indeed, it is probable that a majority of informed people in the West now do believe that the Kremlin ordered the attempted murder.

The fact that there are today other sources of novichok has not been mentioned by these three countries, even though one plausible scenario is that the attack on Navalny was carried out by a lone assassin who hated Navalny (as happened with Mahatma Gandhi, Swedish prime minister Olof Palme, with John and Robert Kennedy and Martin Luther King). Or was ordered by a senior politician belonging to the government’s United Russian Party (URP) in Siberia’s big city, Tomsk, where the opposition, partly thanks to Navalny, was about to trounce the URP in the local election of September 13th. Somehow the assassin managed to get his hands on novichok.

But there is one argument that goes against Russian innocence- the attempted murder in March 2018 of an ex-Russian intelligence officer in Salisbury in the UK, using novichok. Surely the British government was right in pointing a finger at Moscow. For reasons I don’t understand the Kremlin refused to cooperate in the investigation.

Could Russian rogue agents, harbouring a grudge against a victim who the British authorities accept had double-crossed Russia, use it in the UK and a quite separate assassin could use it in Siberia? Well, yes. There is a black market.

This month’s Science magazine, one of the world’s top academic journals, reports that there is. The US army itself has purchased novichok on the black market. In March 2018 the Voice of America (the government’s official overseas radio station) reported that Chechen criminals were sold it by a senior chemist, Leonid Rink, who worked in a Russian chemical weapons’ factory. (Presumably this story was leaked to the VOA by US intelligence sources.) At the time of the Salisbury poisoning the British prime minister, Theresa May, said that it was possible that “the Russian government lost control of this catastrophically damaging nerve agent and allowed it to get into the hands of others.”

Another point: even if it’s true that the Salisbury attempted murders were carried out by official Russian agents, it doesn’t necessarily mean that the same happened to Navalny.

If I were a judge in court I would not be able to convict Russia, based on such contradictory evidence. The only thing that would change my mind is if Germany sent samples of the tests on Navalny to the WHO and the WHO did find traces of novichok. (Germany has sent samples to the Organisation for the Prohibition of Chemical Weapons, OPCW, the world’s chemical weapon watchdog, but WHO has more in-house expertise on the use of poison on a single individual. Moreover, over the last couple of years Russia has not been happy with OPCW’s objectivity; Moscow lauds the WHO.)

Even giving the samples to WHO wouldn’t be foolproof since Germany inexplicably has delayed such action and this has given it time to tamper with the samples. Nevertheless, a politically independent WHO team must be allowed to interview the German doctors, lab technicians and research chemists involved. In court in Germany- as in other EU countries- a defendant is always allowed to examine the evidence ranged against him.

Why would Germany and its Nato allies get involved in such skullduggery? Germany has been increasingly at odds with Russia. Most Nato nations have backed the US under four successive presidents, maneuvering Nato to expand its military reach right up to Russia’s borders in contravention to solemn promises not to, made to the Soviet Union’s president, Mikhail Gorbachev.

Unnecessary mutual hostilities have been allowed to develop on a tit-for-tat basis. The promise of peace made at the end of the Cold War has seemingly gone up in smoke. Many influential people in Western countries have been waiting for the occasion when they could poke Putin in the eye in return for Russian activities in Ukraine, Crimea and Syria. And now there is also the need to send a warning-shot across his prow, warning him to keep his hands of Belarus. Perhaps also an effort by some powerful elements in the German governing party, supported by the US government, although not Chancellor Angela Merkel herself, to rouse German public opinion against the nearly completed Nord Stream 2 oil and gas pipeline that will link Russia with Germany. Some opponents including President Donald Trump say the pipeline will serve mainly to the benefit to Russia.

For some in Germany, the White House and some Nato members (and Sweden) the Navalny poisoning was too good an opportunity to embarrass the Kremlin to pass up. Maybe historians will come to say the Navalny affair marked the point when the West decided to start up the Cold War again.

If one reads through the history of the Cold War the Navalny poisoning is small stuff compared with some of the underhand dirty tricks carried out by the CIA, MI6 and the KGB. Why should we be surprised at this latest escapade if indeed a new Cold War is underway? Lies, damned lies and novichok.

Jonathan Power for 17 years was a foreign affairs columnist of the International Herald Tribune, now the New York Times. He has written eight books on foreign affairs. His latest is "Conundrums of Humanity- the Big Foreign Policy Questions of the Day".

Working to end human violence in the time of Covid-19

Indian Americans, the final clincher at the US Presidential elections

Working to end human violence in the time of Covid-19

Indian Americans, the final clincher at the US Presidential elections

Past as prologue: Biden the pandemic prophet? 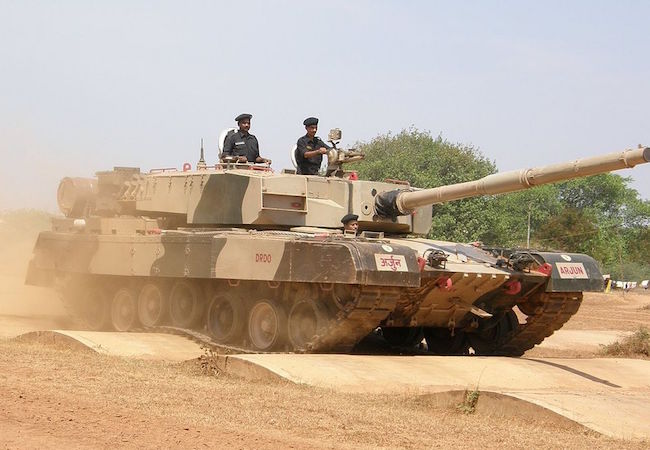 Israel, Trump and the evangelical vote and the 2020 U.S elections