The New Strategic Arms Reduction Treaty (New START) is the only remaining arms control agreement between the US and Russia. Signed in 2010, the treaty was supposed to reduce the number of deployed strategic nuclear warheads of the two world’s largest nuclear weapons states. Under treaty obligations, both the countries are restricted to 1550 warheads, 700 deployed missiles, and 800 deployed and non-deployed launchers. The treaty further allows on-site inspection for verification of compliance. However, over the years the adherence to this treaty and its role in preventing arms race has remained a skeptic. This is further evident from the least interest which in recent years both the countries specifically the US has shown to extend the treaty for another five years. Based on this, it would be of no surprise if the treaty ends up like the Intermediate-Range Nuclear Forces (INF) and Anti-Ballistic Missiles (ABM) treaties. Furthermore, as the treaty is set to expire in February 2021, there is an incessant debate at the international level about its fate. This is quite apparent from the recent assertions of both the US and Russian leadership in this regard. Specifically, in the wake of the upcoming US presidential elections, the likelihood of its purported extension for one year has gained considerable hype in international media. Whatever would be the outcome of such assertions, the fate of New START has become more of a political agenda rather than the issue of international arms control and disarmament.

Quite recently, on October 16 Russian President Vladimir Putin has said that Russia is willing to unconditionally extend the New START for one year. In this regard, the US has demanded from Russia to freeze its total number of nuclear warheads for an interim period. The US has rejected this Russian proposal by terming it a ‘non-starter’ and reiterated that any extension would be subject to suspension of all the strategic and tactical nuclear warheads by Russia. Previously, the inclusion of China has been the main condition being emphasized by the US. Subsequently, on October 20 Russia has offered to freeze its total number of nuclear warheads as a ‘political obligation’ if the US follows the same suit. This has been portrayed as Russian President Putin’s commitment towards extending the last major arms control treaty with the US at least for one year. At the same time, this implies that Russia intends to extend the treaty in the current form until a new arms control agreement is reached. Furthermore, it has been speculated that both countries might agree on a short-term extension of the New START.

To further analyze, it seems that the US has also modified its stance on the extension of the New START. Initially, the US has insisted to include China in a new arms control agreement that would replace the New START. As such, it has appeared as one of the main pre-conditions by the US. This was evident during the first round of US-Russia bilateral nuclear talks being held in June this year in Vienna. The US had sent an open invitation to China to join the talks. The proposal was rejected by China based on the assertion that its nuclear warheads are quite less in number as compared to those of the US and Russia. Despite this, the US insisted on China to be included in the new agreement. Very unexpected, Chinese flags were being put on the negotiations table in its absence during the meeting. Similarly, the second round of these talks was held in August this year in Vienna but that too ended without any breakthrough. The obsession of the US to include China in a new nuclear agreement is believed to be one of the reasons that have derailed the nuclear arms control talks.

In such an environment, a new round of negotiations between the US and Russia was held in early October in Helsinki to discuss the future of New START. This round has been viewed by many as a breakthrough after months of difficult talks. This might narrow the gap between the two sides over the fate of the New START. In the wake of upcoming US Presidential Elections, it seems that the US has backed off from the most emphasized pre-condition of including China in the agreement. Since then, the major focus of the US has shifted towards urging Russia to freeze its nuclear warheads. These also include the tactical weapons; which are not under the limit by the New START, since it only restricts the strategic nuclear warheads. This indicates that the ‘China Factor’ is no more dominating the US stance at least for the time being. Furthermore, the challenging re-election campaign has driven Mr. Trump to desire for a foreign policy achievement in the form of a standalone agreement with Russia for a shorter time and then deal with China later on. With just a few days remaining, the projection of such an approach might benefit him in the elections.

Hence summarizing it all, the fate of the New START remains uncertain to date. The recent debate around the purported extension of the New START appears to be more of a political bluff by the Trump administration. In the recent past, the deliberate emphasis of the US to include China in the new arms control agreement seemed more like a delay tactic and least interest to extend the New START with Russia. Furthermore, if both the countries fail to meet an agreement on the extension of this treaty, there would be no legally binding constraint on deployed strategic nuclear warheads, missiles, and launchers for the first time since 1972. Such a situation would likely further intensify the arms race between the two of the world’s largest nuclear-weapon states. In the same vein, it might encourage other countries like India to follow the same path which already maintains an offensive nuclear posture. This would serve as a severe setback for the international non-proliferation and disarmament arrangements. Both the US and Russia which hold 90 percent of the world’s nuclear arsenals need to act responsibly otherwise the new arms race era would be more drastic.

No, Hungary is not leaving the West

The emperor and the sandman 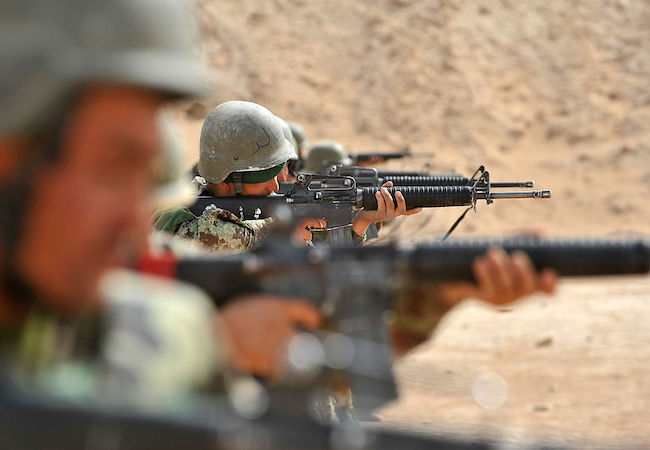 What should the Biden Administration do with the Afghan peace talks?