Recently I had an opportunity to have a conversation with former Director-General of the Federal Investigation Agency of Pakistan, Senator Rehman Malik whose recently published books are getting international attention. Former President of Pakistan, Mr. Wasim Sajjad, said that as an investigative writer Senator Malik has gone deeply inside the story and brought out facts that for general readers would not be easy to comprehend with naked eye and common mindset. Former Prime Minister of Pakistan, Mr. Syed Yousaf Raza Gillani, expressed, Senator Malik possesses an edge on analytical visualization of the cases, while establishing his opinion that carries significance over the general perceptions.

Awarded with Sitara-e-Shujaat (Order of Bravery) and Nishan-e-Imtiaz (Order of Excellence), Senator Malik has become Pakistan’s strong voice and his service to the Pakistani people have proven that he is a true icon of the modern world with a vision and focus on regional and global issues. Senator Malik, the longest-serving Federal Interior Minister in Pakistani history, has played a central role in several counter-terrorism operations and mediated a range of regional conflicts. Over the years, through his articles, books, and reports, he shared his knowledge and experience in conflict resolution and improving Pakistani-Saudi relations.

A.W. Saudi Arabia has remained Pakistan’s strongest supporter since 1965 despite turbulent times. Nowadays, what are the foremost challenges of bilateral relations that should be resolved?

Senator R.M. Historically, the relationships between Pakistan and Saudi Arabia remain akin to those between the younger and elder generation. During the hardships of 1965, Pakistan enjoyed Saudi Arabia’s support and assistance. Namely, the inestimable aid in terms of supply and air transportation was guaranteed by King Faisal. The support received from Saudi Arabia can be compared to a friendly, strong, and helpful hand stretched out to Pakistan. Pakistan has vastly valued this generous care and kind attitude and will always continue to do so. The tight bond between the two countries, which is naturally based on being two Muslim states, is also sealed by the feeling of gratitude.

Reflecting on Pakistan and Saudi Arabia’s current relations and the challenges ahead, I must note that the region is currently still in a relatively “strange” situation due to the existing problems, relations with Israel, and the increase of overall tension. Being a geopolitically influential and a natural resource-rich country, Saudi Arabia might maintain a slightly distinct stance on different matters than Pakistan. As the government style in both countries changes and political endeavors may differ, Pakistan and Saudi Arabia’s religious ties have weakened over time.

Still, it is also necessary to widely recognize the importance of having a stable economy to ensure each country’s self-sufficient development. This also leaves room for understanding what else, in addition to religion, affects the bilateral relations between the two countries. Eventually, I believe that the central principle on which relations are built in the modern world is based on what can be offered and asked in return – economic power and economic exchange.

A.W. You had the opportunity to collaborate with Saudi leaders, including King Abdullah. What ultimate characteristics of Saudi leaders would you like to be adopted by Pakistani politics?

Senator R.M. There are many compelling features of Saudi leaders that I would like to develop in Pakistani politics. However, the main characteristics and qualities that I would like to emphasize as part of this question are those that are necessary for the development of the country’s economy. I believe that only by creating conditions for the development and prosperity of the economy, the state can take the first steps towards the genuine autonomy and independence of its citizens.

A.W. Saudi Arabia and Pakistan are leading members of the Organization of Islamic Cooperation (OIC). What is the role of religion in the politics and diplomacy of the two countries?

Senator R.M. The OIC was created and intended to become a global Islamic organization. Nevertheless, the West’s influence on the member countries in most cases prevails. Therefore, the OIC often cannot be seen as a beneficial intergovernmental organization for Muslim countries. The inability to resolve ongoing geopolitical conflicts in the Middle East indicates the ineffectiveness of the organization. One example of the organization’s inability to solve current problems or influence them is the Pakistani Indian Kashmir conflict. Both the United Nations (UN) and the OIC have failed to an end to the PM Narenrda Modi’s crimes against humanity and find a solution to this conflict. In addition, previous military conflicts and wars, including the Iraqi-Iranian war and the war in Afghanistan, have been unsettling events that shook the region deeply while increasing the West’s presence.

Regarding the role of religion in politics, I have to mention with great regret that terrorism is still portrayed as part of Islamic culture in the Western world. As a result, this creates confusion, misunderstanding, and misinterpretation of the Muslim world and Islam as a religion among the global community.

Last but not least, with regard to the diplomacy and policy that needs to be adopted, I must express my firm belief that the creation of a regional monetary organization is a priority for the region. We are currently in a situation where control of strategic and vital areas is carried out through the International Monetary Fund (IMF), overseeing the third world’s economy. Therefore, to achieve political and financial independence, the Muslim world must have a separate financial institution.

A.W. Your political career has spanned almost three decades. How has the global political platform changed over these decades? What are the primary challenges of contemporary democracy?

Senator R.M. The global political arena is ever-changing and ever-stable. Throughout my political career, I have witnessed how the international rule of law has been applied in third-world countries. Overall, Pakistan has struggled and is still struggling a lot in today’s political arena due to political propaganda, difficulties, and obstacles.

One of the most important things that I have learned in my life as a politician is that no matter what you are presented or voiced, the reality can be completely different. Unfortunately, political hypocrisy and a dualistic approach have become commonplace in the international political arena.

With regard to the challenges facing today’s democracy, I must state that one of the greatest threats to democracy and peace in the Middle East is related to the current situation in Afghanistan. The withdrawal of American troops from Afghanistan is completely a matter of time, and when that time comes, I fear that a series of civil unrest could begin. The latter will have a destructive effect at the regional level and provoke more serious problems. Therefore, during my visit to Saudi Arabia and meeting with King Abdullah bin Abdulaziz Al Saud, I emphasized the importance of the Kingdom’s participation in the current problems and Afghanistan’s state.

It is noteworthy that the Muslim world and community highly respect the Saudi government. Hence, I am convinced that Saudi Arabia is one of the few players in the global political arena capable of preventing conflict at the highest level.

A.W. You have a profound definition of Cold War. Please, elaborate. What mark did this particular war leave in the history of humanity?

Senator R.M. The Cold War’s continuous struggles, to which I refer as “the clash of two civilizations,” did not leave the Muslim world unaffected. I consider the Cold War phenomenon as a struggle and confrontation of two polar ideologies: Imperialism and Communism. However, the aftermath of the Cold War was not limited to the rise of imperialism over communism. They have destabilized the world, setting the stage for many of the problems we have faced so far. In addition to these complex problems, the present world creates new difficulties. Wars are no longer only fought with weapons; they are mainly fought in the economic sphere.

A.W. As director of the Federal Investigation Agency, you coordinated successful counter-terrorism operations in Pakistan and abroad. What is your own vision for counter-terrorism that can be executed by any nation, regardless of political, cultural, or religious beliefs?

Senator R.M. As a rule, terrorist activities and organizations’ goal is the fight for power and authority. For example, al-Qaeda was originally created and sponsored to fight the USSR in Afghanistan. However, over time, the vector of the organization’s activities diverged from the main goal. In fact, the destructive consequences that these organizations bring with them are not limited to just the country or regional level. Sometimes they can gradually escalate into a major humanitarian disaster.

Turning to the second part of your question on the fight against terrorism. I firmly believe that all countries with influence in the region must collectively unite to eradicate terrorist organizations and their activities. 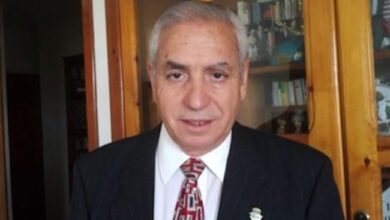 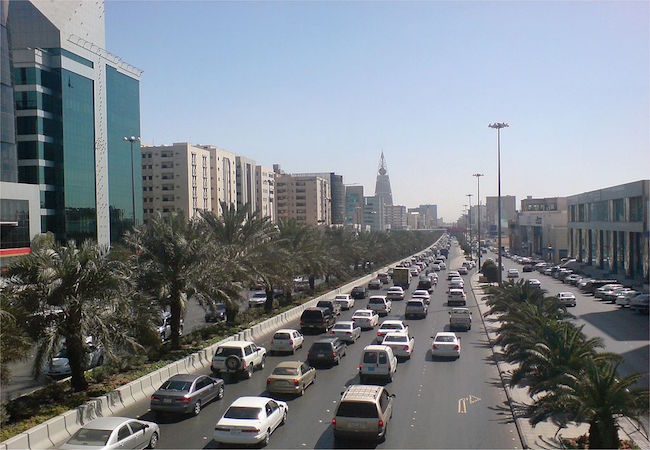 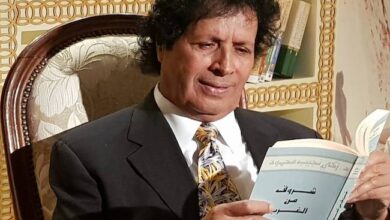