In the conduct of U.S. National Security Policy, the brunt of Washington’s relations with Beijing is an enduring mark that continues to shape the enormity of environmental challenges and ecological disasters in the Pacific Islands and South China Sea. The recent publication of Dispatches from the South China Sea: Navigating to Common Groundwritten by James Borton offers science collaboration opportunities as a crucible to address maritime disputes and the exploitation of natural resources in the South China Sea. The author, who has been reporting for three decades in the Asia Pacific region, brings to the fore, an understanding of international policy makers’ awareness about the South China Sea’s impact on the economies of United States, the Pacific Islands and all countries neighboring the People’s Republic of China. The author rightly understands that disputes over maritime features and the surrounding waters threaten the ecological governance of this global commons.

Throughout his impressive research and impartial analysis, Borton is faced with the greatest test in diligently attempting to unveil how environmental security is shaping a new conversation about ecological challenges that affect U.S. foreign policy in the South China Sea; while maintaining a rigorous examination of the other countries in the region: Malaysia, Brunei, Cambodia, Indonesia, the

The South China Sea encompasses 1.4 million square miles. This region offers tremendous economic, geopolitical and ecological importance. The sea power and domain of each of the ten nations, in this large swath of water is heavily dependent on their respective geographic position and contentious geopolitical currents that are intentionally, unpredictably shaped by Beijing and its ever growing military interests.

Borton’s expertise and passion for the nine countries bordering China, is reflected on every level of  discourse, including the environmental significance, maritime pollution, renewable ecosystems, the disastrous – expansionist role of Beijing in controlling the South China Sea.

In his analysis Borton argues that China is a fisheries superpower since it consumes around 36 percent of total fish production, and hauls in more than 15.2 million tons of marine life a year, or twenty percent of of the world’s entire fish catch. He believes that Washington and the regional leaders in South China Sea must demonstrate a greater level of resilience and embrace diplomatic negotiations in order to avoid the further depletion of natural resources and reduce environmental degradation.

In Beijing’s push to become a maritime superpower, China’s fishing fleet has grown to become the world’s largest by far and this has led to habitat destruction, pollution and extinction of marine life as the result of their expansionist policy. 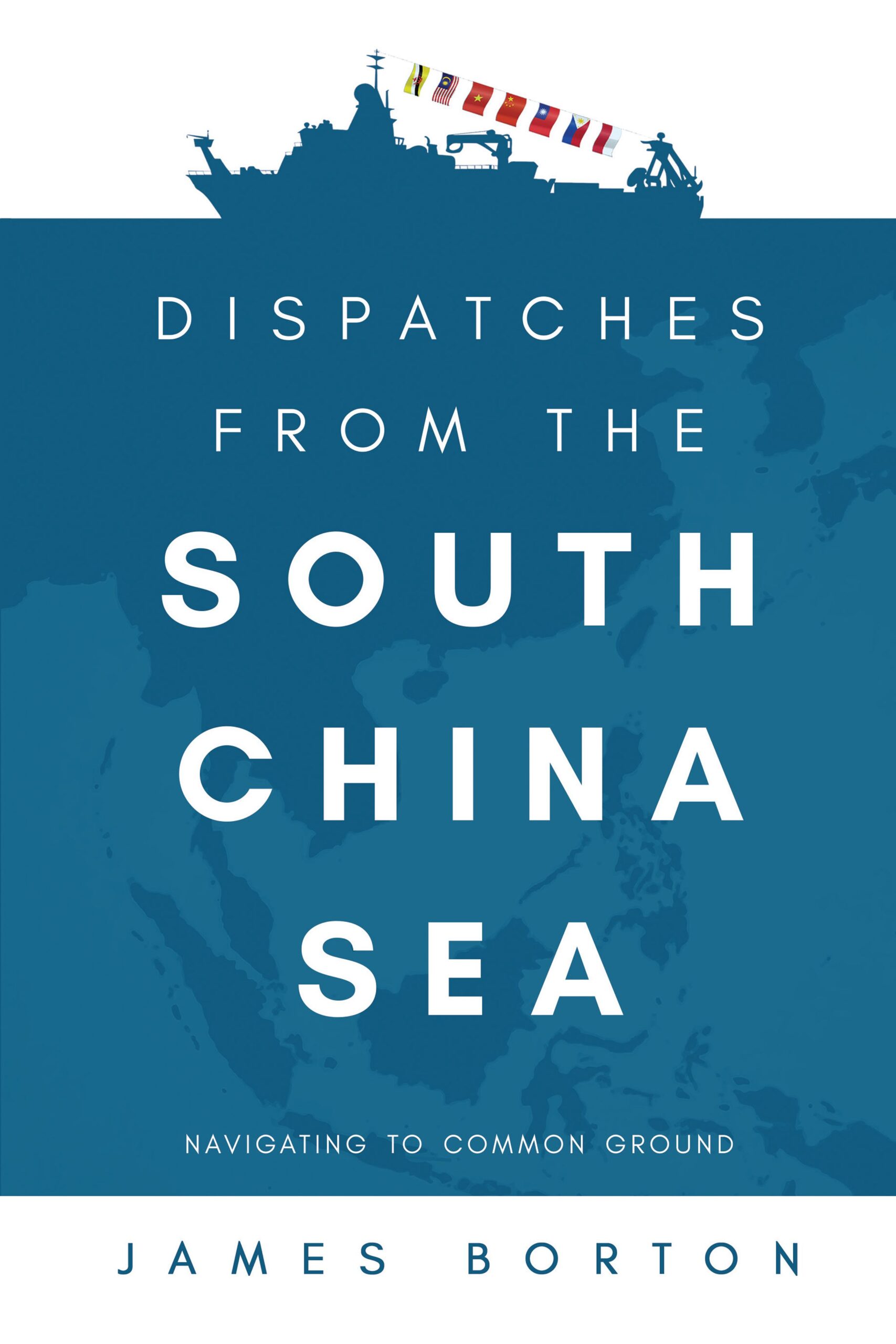 Over the past decade, Beijing has made significant progress to reclaim its pre-eminent role throughout the Asia Pacific while attempting to control key supply lines, violating all agreements that pertain to maritime resources and ignore good practices in environmental resource management.

The author’s book prompts a difficult negotiations process that exists between the ten nations in the region. His voice serves as a catalyst to move forward a science dialogue that has been under-represented over the last twenty years. The narrative examines how the maritime resources are being extracted by China’s largest fishing enterprises; leaving behind irreparable damages to the ecosystem. Invoking a soft diplomacy tone, Borton provides a genuine peace-building road map on how Washington may embrace science diplomacy and confidence building mechanisms to handle disagreements with Beijing.

He believes that the White House can improve international relations through marine science partnerships and marine surveys and as a result, increase its influence in Malaysia, Singapore and Vietnam. The United Nations Convention on the Law of the Sea (UNCLOS) contains specific articles that apply to marine science and technology and the author suggests that this document can be used as a starting point for the Biden Administration to open a new chapter of dialogue.

We are now at such a tipping point moment. Borton’s scholarly work is essential reading for policy experts and for those interested in understanding the significance of this contested region. His experience in environmental security and international affairs, intertwined with decency toward others, and an intellectual rigor, are deployed with strategic purpose so that the gravity of ecological disasters in the Asia Pacific demand the attention of international bodies and organizations alike.

Beijing has become the third largest donor to the Pacific Islands. Its estimated annual aid is somewhere between $ 100 million and $150 million. A recent US National Defense Strategy paper reveals how “China is effectively employing “predatory economics” to achieve a re-ordering of the Indo–Pacific region to China’s advantage and to tamp down any support for Taiwan.”

According to the Secretariat of the Pacific Regional Environment: “Pacific Ocean based fishing and tourism provide almost 3.3 billion to the national economics of pacific countries and territories.”

Furthermore, the Pacific islands are vulnerable to rising seas and the impact of climate change on coral reefs, fisheries and resources. Borton underscores these environmental threats. He writes,“ In the South Pacific people have maintained a deep connection to the marine environment.  After all, the ocean has been the provider of life itself.  Though having faced extraordinary challenges before, island cultures are now experiencing ones they could not have imagined, including unprecedented sea levels, storm surges from tropical cyclones, ocean warming, acidification, disappearing coral reefs, and competition from registered and unregistered fishing vessels.”

An examination of defense industry, commerce, international investments, aid, and tourism data shows that People’s Republic of China is rapidly becoming a dominant economic force in the region, well ahead of the United States. According to the author, “this ‘debt book’ diplomacy effort often translates into island – wide political influence and even strategic equities.  Chinese aid to the region now exceeds that from New Zealand, Japan, and the EU, making Beijing the third largest donor in the Pacific Islands.”

For sure, Beijing’s aid policy among the Pacific islands represents a growing geopolitical challenge for the United States. Borton delivers an essential geopolitical benchmark and a timely assessment of what has been done and what Washington must do in the months and years to come.

With a growing demand for seafood around the world that far exceeds the supply chain potential provided by wild fisheries, it’s clear that sustainable aquaculture practice is one industry that may develop in the Pacific. In the meantime, China has stepped in and plans to invest up to $320 million in Tahiti Nui Ocean Foods fish farm on the Hao atoll located approximately 920 kilometers east of Tahiti.

Borton, demonstrates his reporter’s experience, drive and genuine passion for the region’s environmental challenges. He asks for trust and science through environmental cooperation that leads to peace-building measures that can influence and guide policy. His book successfully reveals how science and technology intersect with international relations.

Since the UN Decade of Ocean Science for Sustainable Development was formally launched in 2021, the timing for Dispatches from the South China Sea is pitch-perfect. With his clarity and intelligence, Borton blends meticulously – researched details with storytelling in delivering an insightful narrative to lead the reader into fundamental policy recommendations destined to improve the ecosystem in the global commons and defend natural resources along Southeast Asian shores.

A way out of Ukrainian imbroglio