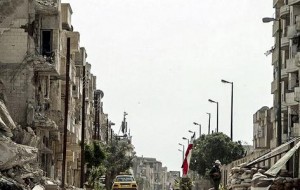 In what has become a norm, another senior Syrian official defected on Monday, leaving the post of the prime minister. According to George Sabra, a spokesperson for the opposition Syrian National Council, Prime Minister Riyad Hijab fled Syria overnight joining his family in Jordan.

He had been appointed prime minister in June to form a new government. The Syrian state television confirmed the departure stating Hijab resigned from his post. In a written statement to Al Jazeera, Hijab denounced the regime of al-Assad calling it a “killing and terrorist regime” and announced that he joined “the ranks of the freedom and dignity revolution.” He will hold an official news conference on Monday.

Among recent senior members of al-Assad government who defected the regime are Nawaf al-Fares, a former ambassador of Syria to Iraq and Manaf Tlas, a general in Syria’s elite Republican Guards and the son of a former minister of defense. All three officials are Sunni who served in largely Alawite government ruled by al-Assad.

Upon Hijab’s defection, the Syrian opposition immediately issued a statement, praising the action to be “morally right and what is called for at this historic time.” Abdulbaset Sieda, head of the Syrian National Council further stated that “this is a killer and criminal regime, and at this historic moment, there should be no further hesitation. It is imperative to stand by the people of Syria now.”

As the defections continue, Syria’s main financial city of Aleppo and the capital of Damascus are embraced in warfare. A few hours into Monday, state television building was bombed as the fight went on in various quarters of Damascus.