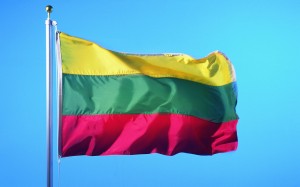 On October 8, Chevron announced its decision to withdraw its lone bid in a tender for shale gas exploration rights (vzinios.lt, October 8). “Because of the changing regulatory and legislative landscape, Chevron believes that its business interests in Lithuania are best served focusing on our existing investment in the Rietavas block [in 2012, Chevron paid $22 million for a 50-percent stake in Lithuania’s LL Investicijos, a company that held a license for oil exploration and production at the Rietavas field],” Chevron said in a statement. Interestingly, in January 2013, after long discussions and negotiations with the previous Lithuanian government (which lost the October 2012 parliamentary elections), Chevron was the only bidder to explore for unconventional hydrocarbons in the 1,800-square-kilometer Silute-Taurage prospect. The current government in Vilnius had named Chevron as the winner to that tender at the start of October 2013 (Delfi.lt, October 9).

As a result of Chevron’s withdrawal, Prime Minister Algirdas Butkevicius stated that he regrets and is considering revising the country’s laws on shale gas exploration, although he was not able to say how long such revisions might take (LZinios.lt, October 15). New environmental approval procedures had recently been passed by the Lithuanian parliament. Moreover, the leading parties in the legislature were seriously discussing plans to raise taxes on the shale hydrocarbon industry to as much as 40 percent (generally Lithuania has a flat tax of 15 percent).

The former prime minister, Andrius Kubilius, said Chevron’s pullout was “a triumph” for Lithuania’s only gas supplier: Russian Gazprom (Lithuanian Tribune, October 9). Furthermore, Eligijus Masiulis, Lithuania’s former minister of transportation and communication, is questioning Gazprom’s involvement in allegedly influencing the current Lithuanian government, thus resulting in Chevron’s decision to leave the country. In his interview with Lithuanian National Television on October 11, he mentioned that the legislature’s position on unconventional oil and gas changed drastically since January 2013, when Chevron put in its bid for a tender for shale-hydrocarbon exploration and production in the country.

Nonetheless, there are signs that other foreign companies might consider bidding for shale gas exploration in Lithuania. Polish energy company Lotos has expressed interest in taking part in a new tender if the business conditions are acceptable following the Lithuanian environment ministry’s call to revise the legal framework (Natural Gas Europe, November 5). Poland has itself already seen three foreign companies that were exploring for shale gas (Exxon-Mobil, Talisman Energy and Marathon Oil) leave the country, presumably because of disappointing yields and a difficult local geology (Delfi.lt, May 9).

The current government has repeatedly been accused of disregarding Lithuania’s energy security. Recently, a member of the Lithuanian ruling Social Democratic Party, Arunas Dudenas, stated that Lithuania has not lost anything major by letting Chevron go; rather Lithuania has saved the rights to its own shale gas (Delfi.lt, October 10). However, he has not elaborated on how Lithuania would explore these reserves or who would invest in this process. Moreover, local community activists published YouTube videos on July 3 of Prime Minister Butkevicius’s advisor, Jurate Juozaitiene, alleging that if the Lithuanian government had kept its proposal to tax Chevron’s profits at 40 percent, Chevron would leave on its own (http://www.youtube.com/watch?v=vTTJbVr7nNU). As the events have shown, that is exactly what happened—Chevron pulled out and Lithuania is now readying to announce a new shale hydrocarbon tender.

Many political analysts are also questioning the future of Lithuania’s other two vital energy projects—the construction of the Hitachi-led Visaginas Nuclear Power Plant and the Klaipeda Liquefied Natural Gas Terminal. In an October 11 interview with Lithuanian National Television, Gitanas Nauseda, a financial analyst and an advisor to the SEB Bank president, warned that the investment environment in Lithuania has been deteriorating for foreign companies doing business in the country (http://www.lrt.lt/naujienos/ekonomika/4/27096/ar_sevron_von_buvo_gazprom_salyga_lietuvai_). According to the recent World Bank’s Doing Business 2014 Report, which measures business regulations in different economies, Lithuania has climbed eight places in the general worldwide ranking (in 2013 it was number 25, and in 2014 is ranks 17 out of 189 economies). But at the same time, Lithuania has slightly declined from number 67 in 2013 to number 68 in 2014 in the “Protecting Investors” category of the Doing Business ranking (World Bank, 2013).

Lithuania holds the rotating Presidency of the Council of the European Union since July 1 until December 31, 2013, at which point Greece will take it over. Lithuania’s main function is to chair meetings of the Council of Ministers, determine its agendas, set a work program and facilitate dialogue both at Council meetings and with other EU institutions and member states. Lithuania has set European energy policy as one of its presidency’s priorities, but it seems that rather than leading in the EU, Lithuania is failing to keep to its own goal of securing its energy supplies. It remains to be seen whether Prime Minister Butkevicius will really reconsider the country’s environmental and energy laws to ensure Lithuania’s path toward true energy security.

Deal-breaker: Why the United States must use innovation to compete in the global oil market

Deal-breaker: Why the United States must use innovation to compete in the global oil market