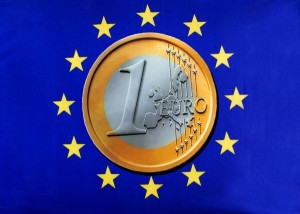 Iran is seeking European investment in its industries to activate the sanction-hit economy following the optimism raised in the Islamic republic after the Geneva nuclear deal.

In a meeting with Chairman of the International Council of Swedish Industry Erik Belfrage, Alishiri expounded advantages of investment in Iran and incentives offered by his ministry to foreign investors, said the report without further details.

For his part, Belfrage said lots of large Swedish companies are interested in the expansion of economic and trade relations with Iran although the economic sanctions imposed by the United States on Iran have undermined Iran-Sweden trade ties.

The International Council of Swedish Industry is a non-profit organization which supports and broadens the scope of operations of Swedish business in the markets inside Sweden as well as abroad.

On Wednesday, Iranian local media reported that directors of the largest private-funded union of employers in France would travel to Tehran in February 2014 to explore ways to invest in different economic fields of Iran.

The announcement was made by Thierry Courtaigne, director general and vice president of the Movement of the Enterprises of France (MEDEF), in a meeting with the director of the Iranian Mines and Mining Industries Development and Renovation Organization (IMIDRO) in Tehran.

Managers of about 50 French companies are scheduled to meet with Iranian officials in Tehran on Feb. 4-5, 2014, Courtaigne said.

“We want to resume relations with Iran,” Courtaigne said, adding that “We have already met with the French ambassador to Tehran, a number of French investors, as well as the chairman of the Iran-France Joint Chamber of Commerce regarding the French delegation’s travel to Iran.”

For his part, the IMIDRO director Mehdi Karbasian said Iran’s mining sector provides unlimited opportunities for foreign investors, “so, French investors should not be lagging behind their rivals.”

Following a deal signed between Iran and the world powers in Geneva on Nov. 24 to resolve the country’s controversial nuclear program, the Islamic republic eyes foreign investors’ presence in its diverse economic projects which have been hit by the international as well as western sanctions.

Under the deal, the United States and its allies will lift part of sanctions on Iran in the fields of oil, gold, petrochemicals, auto industries and civil aviation with an estimated value of about 7 billion U.S. dollars.

In exchange, Iran agreed to halt enrichment above 5 percent and neutralizing its stockpile of near 20 percent uranium by means of dilution or converting.

Last week, Iranian First Vice-President Eshaq Jahangiri said: ” As one of the most developed countries in the region, the Islamic republic is willing to expand economic, commercial and banking cooperation with the European countries.”

Jahangiri expressed hope that the implementation of the agreements already signed between Tehran and Bratislava on dropping double taxation and supporting bilateral investment would lay the ground for further enhancement of economic ties.

On Nov. 30, a number of top auto brands from 20 countries attended an intentional conference in Tehran, which aimed at encouraging domestic and international enterprises to engage in the development of Iran’s industry.

Jahangiri said in the opening ceremony of the conference that the Iranian government sought to bring its auto industry in the country to its thriving days.

Jahangiri said the auto industry was an integral part of a modern society, and Iran had to tackle the challenges including ” low production, pricing, changes in the profit patterns, financing and the quality of cars and spare parts.”

The Iranian auto companies and manufactures of the spare parts, in collaboration with the Ministry of Industry and in an interaction with the international auto companies, should turn Iran into a main producer and exporter of cars in the region, Jahangiri added.