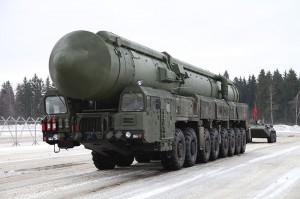 According to the RIA Novosti with reference to the Colonel Igor Yegorov of the Ministry of Defense of Russian Federation, 70 new types of rockets and missiles will be tested in the Russian testing range Kapustin Yar in 2014.

The plan is to launch 300 rockets, missiles and aerial drones within the scope of more than 180 research and development projects.

Kapustin Yar is located in the southern Astrakhan region between the cities of Volgograd and Astrakhan. Established on May 13, 1946, the range is known today as Znamensk. After the defeat of Nazi Germany, Stalin ordered to dismantle German manufacturing facilities all over the occupied country and ship them to Soviet Union as part of the compensation for the damages done by Hitler’s armies to Soviet economy in 1941-1945.

Deep within the Soviet Union and away from NATO’s proximity, the range site has been used for rocket launches of the Soviet military; it also served as the launch site for satellite and sounding rockets, as well as for research and development projects for the Soviet military.

The first rocket launch occurred on Octobe r18, 1947 when the first A-4 (Aggregat-4), better known as V-2 rocket, was tested at the site. The V-2 was the first ballistic missile in the world, developed by the Nazi Germany to bomb London and then Antwerp. Kapustin Yar is also known for its numerous UFO sightings during Soviet Union’s existence which led to its unofficial label “Russia’s Roswell”.