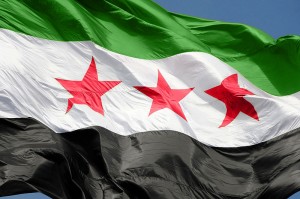 The government of the United States announced the shutdown of the Embassy of Syria in Washington on Tuesday, ordering its diplomatic staff to leave the country by March 31.

The consular services at the embassy had already been stopped for public. The announcement comes with the third anniversary of the anti-Assad movement in Syria, when the opposition started the revolution against Bashar Al-Assad’s government which led to the civil war.

The closure of the diplomatic mission of Syria to U.S. extends to the country’s other consular representations in the United States, including Houston, TX and Troy, MI where there are sizable Syrian communities and business interests. The administration officials stated that it was not appropriate to allow the representatives of the Syrian government deemed totalitarian by the United States to be providing any consular services in U.S.

Despite the formal closures of the diplomatic missions, the administration has not yet ceased all diplomatic communications with Syria leaving room for possible normalization of relations between Washington and Damascus.

The civil war in Syria has claimed lives of more than 150 thousand people since the outset of the conflict three years ago. Any diplomatic effort with mediation of the United States and Russia have this far failed to reach peaceful settlement. It is expected that the efforts to resolve the Syrian conflict will be in vain and the situation will even deteriorate with the worsening of U.S.-Russian relations over Ukrainian crisis. This Tuesday Russia formally annexed the occupied region of Crimea to Russian Federation after the obviously manipulated referendum on the peninsula, in violation of Constitution of Ukraine and international law.

The Ambassador of Syria had already left Washington last year but the diplomatic staff was left behind to handle basic consular services. According to the State Department, there are only a few diplomats from Syria in Washington who are required to leave before the March 31 deadline. The administrative staff must stop all operations by April 30.

It is unclear at this stage if the United States will take a more harsh position against Syria with an overall worsening relations with Russia, but the situation is more and more reminiscent of a renewed Cold War.

Russia proceeds to formalize the annexation of Crimea