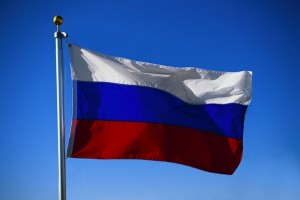 In a widely celebrated ceremony, the Russian President Vladimir Putin and the de-facto officials of Crimea led by the recently installed head of the Crimean government Sergey Aksyonov signed a treaty today announcing the formal annexation of Crimea as Republic of Crimea to the Russian Federation.

The annexation took place following past Sunday’s referendum for secession held by the de-facto Russian authorities on the peninsula. The voters were to choose between remaining as part of Ukraine or joining Russia. Considering that ethnic Russians hold majority (58.5% as per 2001 Census) over Ukrainians (24.4%) and Crimean Tatars (12.1%), and the fact that the ethnic Ukrainians and Crimean Tatars largely boycotted the referendum, the overwhelming majority of votes (97%) came in favor of secession from Ukraine. Ukrainians regarded the referendum as an illegitimate step within the internationally recognized borders of Ukraine and a violation of the Constitution of Ukraine, according to which a referendum can only be held nationwide and not in a locality without the approval of the central government in Kiev.

The treaty was signed in the Kremlin and was observed by Russian lawmakers ostensibly present to make sure the legality of the treaty. The deal is yet to be ratified by the Federation Council of Russia. The upper house of the Russian parliament is expected to confirm the deal after which the Crimea is to fully integrate into Russian before January 1, 2015 deadline. That means that during the period of 9 months, the peninsula’s economy and finances, legal system will integrate and the military system will come under the control of Russia.

Reminiscent of other regional conflicts with obvious Russian intervention, President Putin stated that the annexation is in full accordance with the UN Chapter which allows the territory to self-determine. Sending a message to the West, Putin reiterated that Ukraine lacked legitimate executive power as the government of Ukraine is that of “Maidan militants”. In the view of Kremlin, the Russian overthrow of the legitimate government in Crimea and installation of Russian leaders, immediate occupation and legalization of annexation follows the same pattern of actions of the Maidan supporters who overthrew President Yanukovich and brought to power the followers of the West denouncing the pro-Russian future of Ukraine.

Prime Minister of Ukraine Arseniy Yatseniuk called the annexation of Crimea to Russia “a robbery on an international scale.” The situation may deteriorate in the coming hours or days. One Ukrainian soldier was killed and some others were wounded by the Russian troops with no insignia on their uniforms. In response, the Kiev government formally issued an order to use force as necessary to protect the Ukranian troops in Crimea, still surrounded but not surrendering.